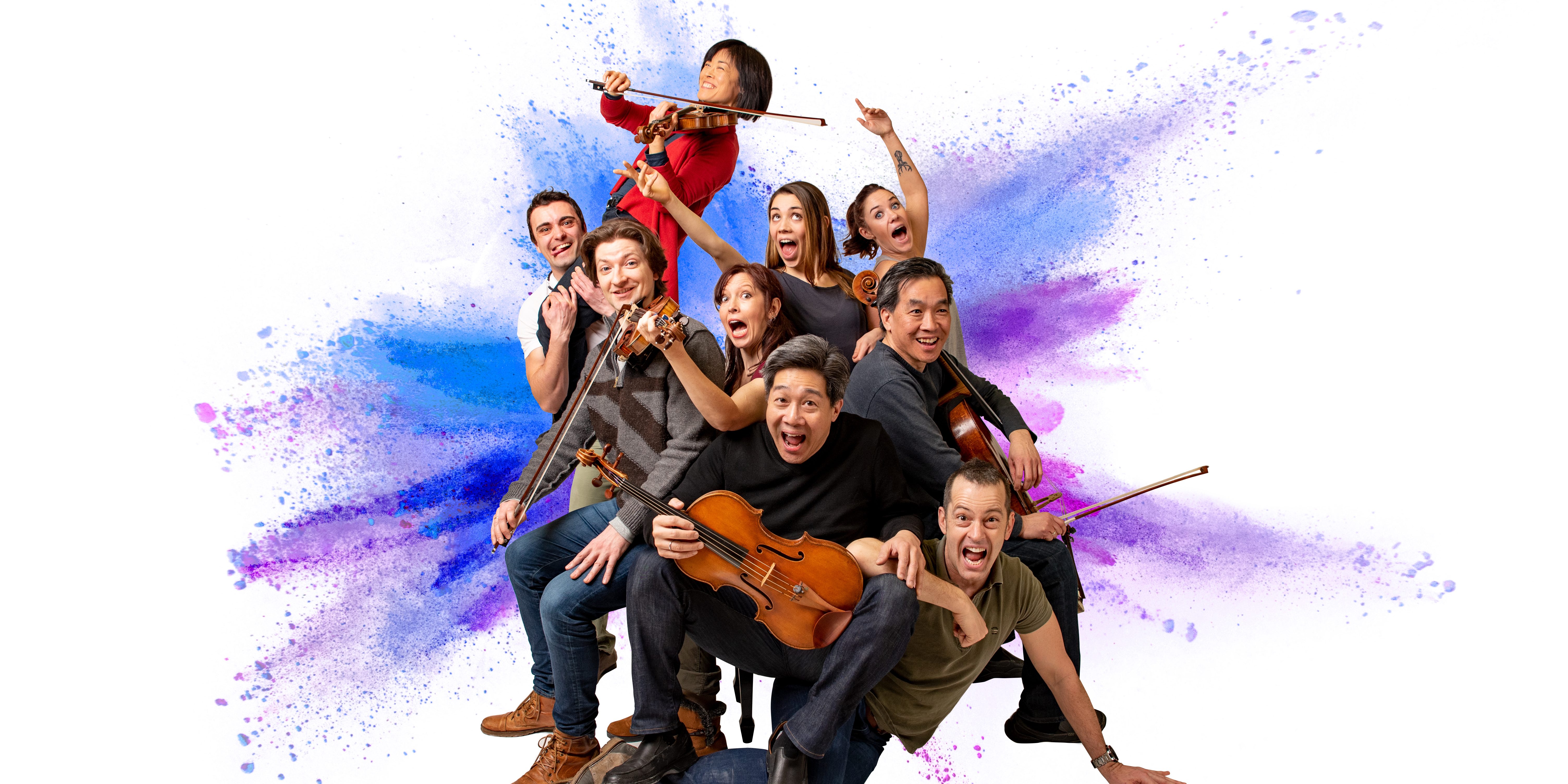 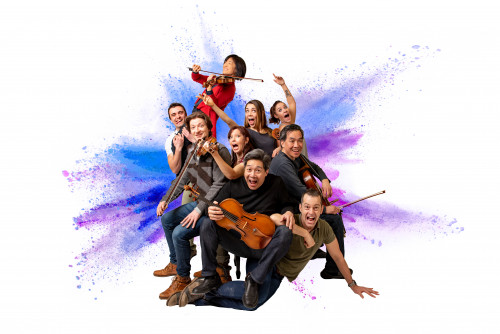 Put Eastman School of Music’s world-class string quartet-in-residence, the Ying Quartet, together in a room with Rochester’s award-winning masters of motion theatre, PUSH Physical Theatre, and what do you get?

“Creative Collision is what we’re calling it,” says PUSH Co-Founder/Co-Director Darren Stevenson. “It’s something that can happen only when both groups are fully open to creative exploration and believe that true collaboration can be transformative.”

The two collaborated once before, in a concert celebrating the 80th anniversary of The Landmark Society of Western New York in February, 2018. That process sparked both a friendship and the realization that their successful collaboration was a natural progression of each entity’s approach to creativity.

“We were immediately drawn to PUSH’s work, not only because it is captivating, but also because we could relate closely to it,” explains violist Phillip Ying. “Though their medium is movement and ours is sound, their creative process is really similar to ours – they are really like a chamber music group in many ways.”

The groups’ previous collaboration resulted in one piece, but this evening-length Creative Collision will make its world premiere on Friday and Saturday, March 29 & 30 at 7:30 p.m. in Eastman School of Music’s Kilbourn Hall. Ticket prices range from $32-$ 47, and are available in person at the Eastman Theatre Box Office (433 E. Main St., Monday-Friday from 12-5 p.m.) by phone at (585) 274-3000 (credit card only), and online at eastmantheatre.org.

Both groups are hoping that the project has “legs” as well.

“We’re documenting our entire process,” explains Heather Stevenson, co-founder/co-director of PUSH. “Our long-term aim is to create a workshop and residency program designed to teach interdisciplinary artistic collaboration to college students as part of the touring performance.”

“We are so excited to collaborate with PUSH – their artistry and imagination inspires us and we share a deep desire to connect and communicate with audiences of all kinds,” says cellist David Ying. “I already know it will be a memorable and amazing experience for all of us!”

The Ying Quartet, resident quartet at the Eastman School of Music for the past two decades, is one of America’s best-known string quartets. They have performed widely, from Carnegie Hall to the Sydney Opera House, and have created award-winning recordings of repertoire ranging from classics to newly composed works to genre-crossing projects. They first came to prominence as young alumni of the Eastman School of Music when they won the Naumburg Chamber Music Award and a top prize at the Banff International String Quartet Competition. At the same time, they were among first recipients of a grant from the National Endowment for the Arts, which supported their residence for two years in the small farm town of Jesup, Iowa.

These twin aspirations – the pursuit of artistic brilliance, and the desire to make classic music relevant to the society in which it exists – have driven the Ying Quartet in its subsequent career. The Quartet continues to perform nationally and internationally and record to acclaim; recognition for the Ying Quartet’s recordings include a Grammy award and four Grammy nominations. At the same time, their touring regularly includes community-oriented events as well as formal performances, and they are proud to make music in everyday life in their hometown of Rochester, NY.

The members of the Ying Quartet are Robin Scott and Janet Ying, violins; Phillip Ying, viola; and David Ying, cello.

Intense athleticism, gravity-defying acrobatics, and soulful artistry are the trademarks of award-winning, genre-defining PUSH Physical Theatre. Founded in Rochester, NY in 2000 by husband-and-wife team, Darren and Heather Stevenson, out of a desire to “push” the boundaries of conventional theatre, PUSH has since earned an international reputation as one of the U.S.’s leading physical theatre companies. In addition to the Stevensons, the current company includes Andreas Gabriel, Zoe Walders, and Lianne Hart.

Recently featured in acclaimed collaborations with the Rochester Philharmonic Orchestra, the Ying Quartet, and Pulitzer Prize-nominated composer Ricardo Zohn-Muldoon’s two multi-media operas (Comala and No Se Culpe with fellow composer Carlos Sanchez-Gutierrez), PUSH has also produced its own full-length works including DRACULA, Jekyll & Hyde, and Arc of Ages. Additionally, its wide-ranging repertory includes many shorter works such as “Red Ball,” a hilarious take on the interplay between the real and virtual worlds using iPad technology.

PUSH was a season finalist on TruTV’s national series, Fake Off, a competition/reality show featuring what producers dubbed “the captivating art of ‘faking’” – a mix of theatre, acrobatics, and illusion. Their performances caused judge and Glee star Harry Shum Jr. to exclaim: “You guys are superhuman!”

These masters of physical storytelling have received the Community of Color/Anton Germano Dance Award, the Performing Artist of the Year Award from the Arts & Cultural Council for Greater Rochester, and the University of Rochester’s Lillian Fairchild Award. In addition to a busy touring schedule, PUSH is passionate about arts-in-education programs and runs a summer intensive for adult students from all over the world.