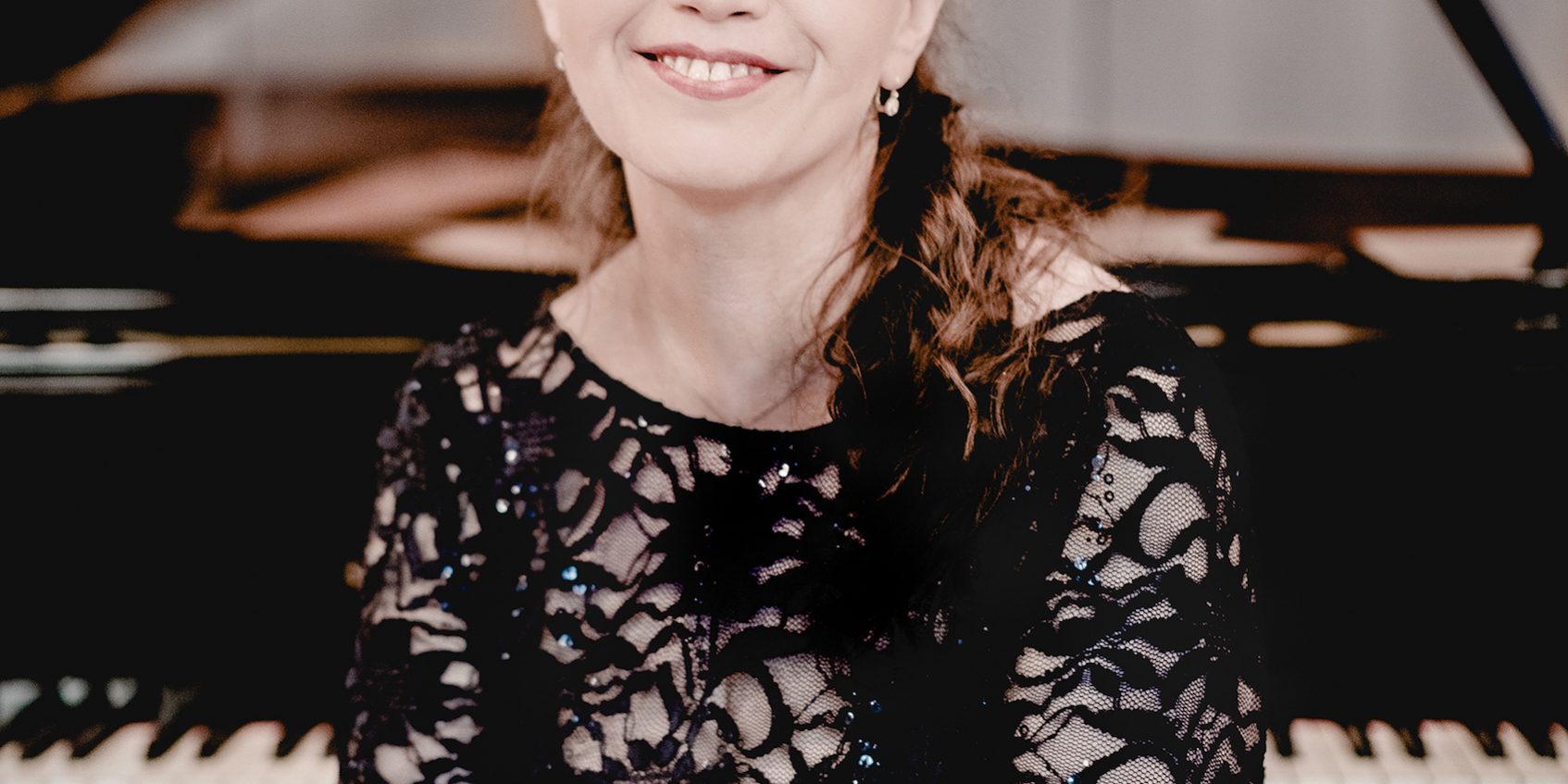 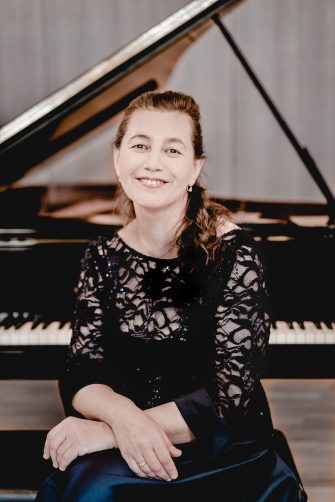 The Fernando Laires Piano Series presents Lilya Zilberstein on Thursday, February 21, 2019 at 7:30 p.m., in Kilbourn Hall at the Eastman School of Music. Zilberstein will be performing Scriabin’s Sonata in F# Minor No. 3, Op. 23; Rachmaninoff’s Six moments musicaux; and Beethoven’s 24 Variations on Venni Amore by Vincenzio Righini as well as Sonata No. 23, Op. 57, Appassionata.

Martha Argerich has described Lilya Zilberstein as “a flawless pianist with a completely natural way of playing, simply world class!” Since winning First Prize in the 1987 Busoni International Piano Competition, Lilya Ziberstein has established herself as one of the finest pianists in the world. A captivating recitalist, Ms. Zilberstein appears regularly in music centers throughout the United States, Europe, and Japan. Also a sought-after collaborator, Ms. Zilberstein has been performing duos with Martha Argerich for many years.

Lilya Zilberstein debuted with the Berlin Philharmonic Orchestra under Claudio Abbado, which formed the basis of a long-term cooperation. She performed concerts with many famous international orchestras, including the Chicago Symphony Orchestra, the Tchaikovsky Symphony Orchestra in Moscow, the London Symphony and the Royal Philharmonic Orchestra, the Orchestra della Scala in Milan, the Staatskapelle Dresden, and many others. Alongside Claudio Abbado, she has worked with conductors such as John Axelrod, Paavo Berglund, Semyon Bychkov, Gustavo Dudamel, Christoph Eschenbach, Vladimir Fedoseyev, Alun Francis, Leopold Hager, Dmitrij Kitajenko, James Levine, Vassily Sinaisky, Michael Tilson Thomas, Jean-Pascal Tortelier, Marcello Viotti, and Antoni Wit. In August 1998, she was awarded the “Accademia Musicale Chigiana” prize in Siena. This accolade has been awarded to, among others, Gidon Kremer, Anne-Sophie Mutter and Krystian Zimerman.

Lilya Zilberstein has recorded eight CDs for Deutsche Grammophon, including recital programmes, the Grieg Piano Concerto (with Neeme Järvi and the Gothenburg Symphony Orchestra) and the Second and Third Piano Concertos by Rachmaninoff (with Claudio Abbado and the Berlin Philharmonic Orchestra). She also contributed to the first complete CD recording of the complete works of Frédéric Chopin, which was released by Deutsche Grammophon in 1999. Recently, several more CDs have been released, including a recording of the Brahms sonata for two pianos with Martha Argerich, released by EMI, and works by Clementi, Mussorgsky, and Rachmaninoff, released by Hänssler Classic.

The pianist is a regular guest in the major concert halls and at the most important festivals all over Europe, the United States, Canada, Asia, South America, and the Middle East. A few years ago, she played extensive world tours as the chamber music partner of Maxim Vengerov. For the first time in 16 years, she returned to her home city of Moscow, where she gave a highly acclaimed concert. With her duet partner Martha Argerich, she will celebrate her twenty-year anniversary on the stage in 2019. The prominent duo can also be heard this season, in highly coveted concerts in Italy.