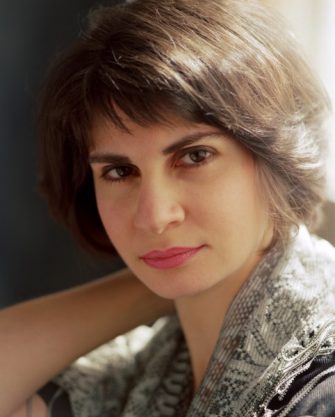 In recent seasons, Lomazov has performed extensively in China, South Africa, Italy, Spain, and in the United States.  She is a frequent guest at music festivals in the U.S. and abroad, including Hamamatsu, Chautauqua, Brevard, Miami, Perugia (Italy), Burgos (Spain), Sulzbach-Rosenberg (Germany) and Varna (Bulgaria), among others.  She has recorded for the Albany, Centaur and Innova labels, and American Record Guide praised her recent recording of piano works by Rodion Shchedrin for its “breathtaking virtuosity”.

Before immigrating to the United States in 1990, Marina studied at the Kiev Conservatory where she became the youngest First Prize Winner at the all-Kiev Piano Competition. Ms. Lomazov holds degrees from the Juilliard School and the Eastman School of Music, the latter bestowing upon her the highly coveted Artist’s Certificate – an honor the institution had not given a pianist for nearly two decades. Also active as a chamber musician, Lomazov has performed widely as a member of the Lomazov/Rackers Piano Duo.  Praised for “demon precision and complete dedication” (Audio Society), the duo garnered significant attention as Second Prize winners at the Sixth Biennial Ellis Competition for Duo Pianists (2005), the only national duo piano competition in the United States at that time.

Ms. Lomazov is a Professor of Piano at the Eastman School of Music. She is currently serving as a chair for National Panelist for YoungArts, the only organization in the United States that nominates U.S. Presidential Scholars in the Arts. For 17 years she served on the faculty of the University of South Carolina School of Music, where she held the chair of Ira McKissick Koger Professor of Fine Arts Music and is currently holds a Guest Artist Residency.  Together with her husband and piano duo partner Joseph Rackers, she co-founded and serves as Co-Artistic Director of the Southeastern Piano Festival in Columbia, South Carolina.

This fall marks Ms. Lomazov’s first year as faculty at the Eastman School of Music.

Ms. Lomazov is a Steinway Artist.