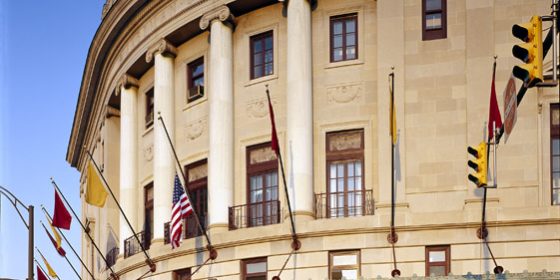 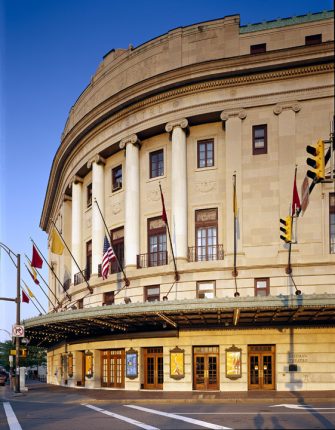 The Faculty Artist Series presents Eastman Virtuosi Saturday, December 1, at 7:30 p.m. in Kilbourn Hall at the Eastman School of Music. The performance is made up of faculty members Mikhail Kopelman, violin; Steven Doane, cello; Alexander Kobrin, piano; and George Taylor, viola, with additional violinist Willa Finck. The group will be playing Shostakovich’s Quintet for Piano and Strings.

A Professor of Violin at Eastman since 2002, Mikhail Kopelman graduated from the Moscow Conservatory and is a former member of the Bolshoi Theatre Orchestra as well as concertmaster of the Moscow Philharmonic Orchestra. He was appointed first violin of the Borodin String Quartet in 1976 and has been playing with the ensemble for two decades.

Steven Doane, Professor of Violoncello, is an internationally known soloist, recitalist, chamber musician, recording artist, and pedagogue, appearing at festivals and on concert series throughout the United States and overseas. He received Eastman’s Eisenhart Award for Excellence in Teaching in 1993 and the Piatigorsky Prize in teaching at the New England Conservatory in 1986.

A winner of top prizes in international piano competitions, Alexander Kobrin, Assistant Professor of Piano, has been praised for his brilliant technique, musicality, and emotional engagement with the audience. He has appeared with many of the world’s great orchestras, including the New York, Tokyo, Warsaw, Royal Liverpool, and Moscow Philharmonics and the Russian National Orchestra, Orchestra Verdi, BBC Symphony Orchestre de las Suisse Romande, and KBS Symphony.

Professor of Viola, George Taylor, is active in practically every aspect of performance as soloist, recitalist and chamber musician, and his playing has been praised for its eloquence, warmth and sensitivity. He has given numerous solo recitals and appeared as a chamber musician in concerts throughout the United States and at the Tainan Cultural Center in Taiwan and is a frequent collaborator with The Ritz Chamber Players.

Shostakovich’s Quintet for Piano and Strings was premiered by Shostakovich himself on piano on November 23, 1940 at the Moscow Conservatory. One year later it was awarded the Stalin Prize, an award presented annually to individuals in the fields of science, mathematics, literature, arts, and architecture to honor the most prominent achievements that either advanced the Soviet Union of the cause of socialism. Consisting of five movements, the piece was written for the Beethoven Quartet and engages a variety of traditional techniques. Though all five instruments are rarely active simultaneously, the work features a prominent piano part that creates a fantastic blend of differing tones and textures throughout.