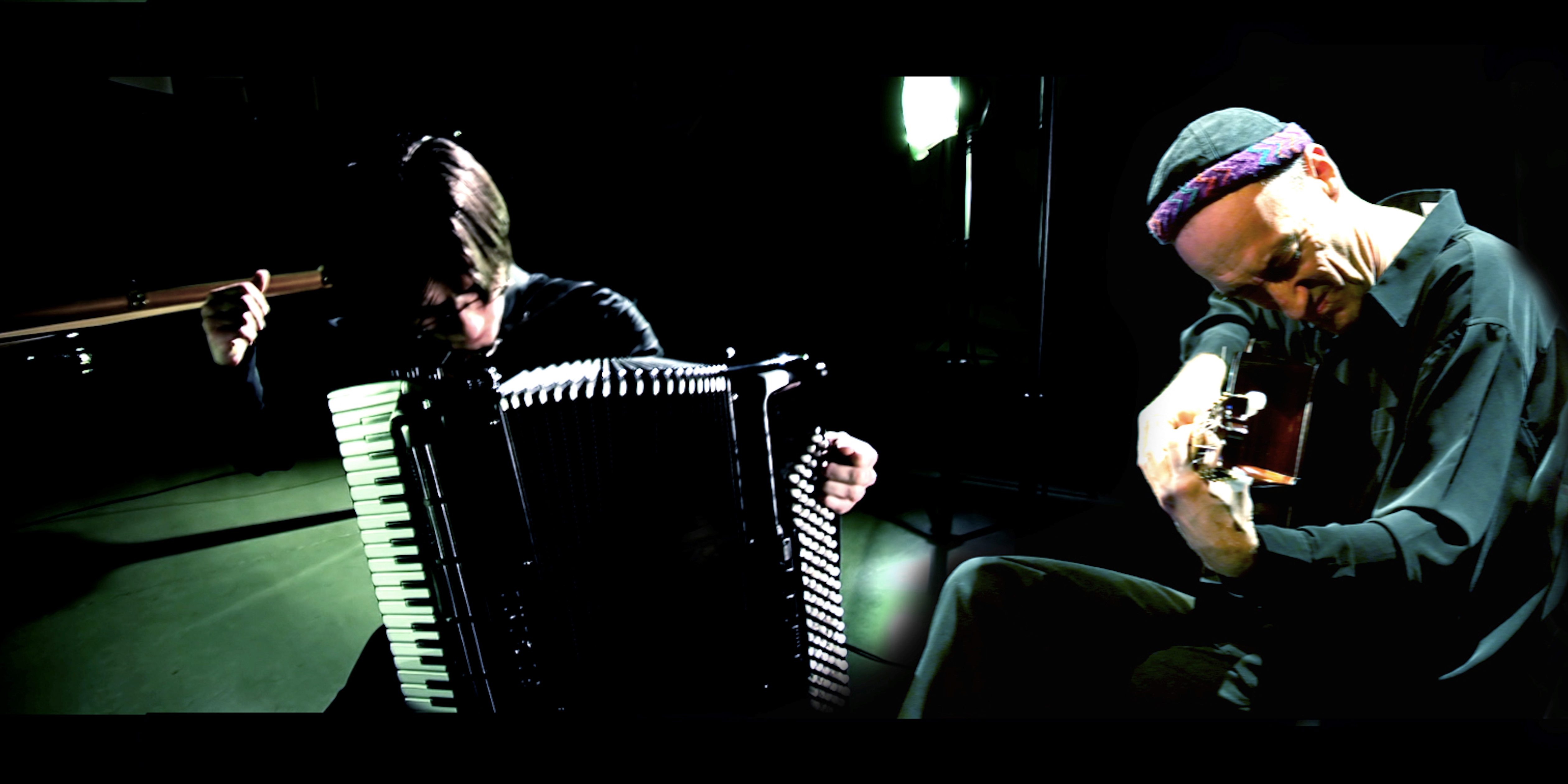 The Barbara B. Smith World Music Series brings Aritmia Duo to Rochester, Friday, November 15, at 7:30 p.m., in Kilbourn Hall at the Eastman School of Music. All About Jazz noted that the duo is “A gorgeous pairing… more than sheer virtuosity… the two play with such serene authority that the listener is almost afraid to take a breath…the result is this quietly compelling and deeply felt music.”

The duo is composed of one of the world’s finest concert accordionists, Bosnian-born Merima Ključo, and an acclaimed guitarist of Bosnian, Serbian, and Croatian origins, Miroslav Tadić. The two celebrated instrumentalists ruminate on their common roots and shared loves of traditional Balkan and classical music with original works and arrangements of Erik Satie, Manuel de Falla, and the mournful music of sevdah—sometimes called ‘Bosnian blues.’ Sharing the fruits of their unique musical partnership, Ključo and Tadić offer a singular mix of joy, yearning and aching beauty. FolkWorks describes the virtuosic pair as, “A stunning marriage of the two instruments… it has you on the edge of your seat wondering if the tune is going to erupt into loud, rhythmic dance music or fade into oblivion.”

Whether she is performing accordion in recital, with ensembles, or as a guest soloist with orchestras, the soulful traditions of Merima Ključo’s instrument are not only given a unique voice, but they are given new life and meaning. Ključo’s love of world music, and the music of Bosnia in particular, is something she seeks to share with audiences everywhere. Currently a guest faculty member at Yellow Barn, an international center for chamber music in Vermont, Ključo has given workshops and master classes in conservatories and universities all over the world, including Guildhall School of Music in England, the University of Edinburgh in Scotland, and Syracuse and Georgetown Universities in the United States.

A guitarist, composer, and improviser, Miroslav Tadić has performed and recorded in a wide variety of settings and musical styles, ranging from music of the Baroque and Classical periods to Blues, Jazz, Rock and World Music. Tadić completed his formal music education in the United States after studying in Italy and his native Yugoslavia. Performing regularly in Europe, North and South America, and Japan, he has had the opportunity to record his music worldwide. In recent years, he has concentrated on developing an approach to improvisation which combines and juxtaposes musical material drawn from many diverse sources. Tadić has been a professor at the California Institute of the Arts in Los Angeles, California since 1985.

The World Music Series is sponsored by a generous gift from Barbara B. Smith.

Tickets for the Aritmia Duo performance are $16-24, with $10 student tickets available. Tickets can be purchased at the Eastman Theatre Box Office, 433 East Main St.; by phone (585) 274-3000; or online at http://eastmantheatre.org