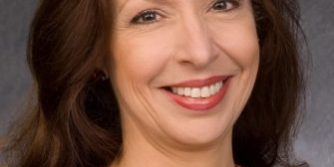 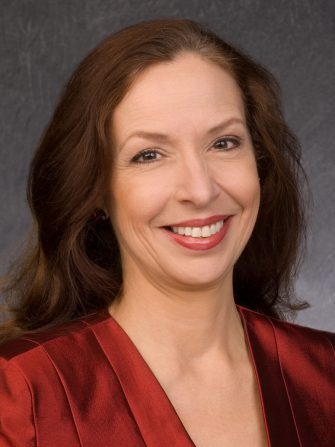 Highly accomplished mezzo-soprano Katherine Ciesinski has been named the inaugural recipient of the Martin E. and Corazon D. Sanders Professorship at the University of Rochester’s Eastman School of Music.  This endowed professorship supports the school’s esteemed Voice and Opera program.  Graduates of the program can be found in major opera houses throughout the world, as well as on Broadway, in Hollywood recording studios, in concert halls, and throughout communities across America.

The Sanders recognized how the Voice and Opera program fosters the growth of expressive, communicative singers, and applauded the School’s dedication to equipping growing artists with the foundation to be versatile, artistically creative, and technically secure.  The professorship will be celebrated in a special inauguration ceremony with the University community on September 5.

“Katherine Ciesinski is both an accomplished artist and a master pedagogue,” states Jamal Rossi, Joan and Martin Messinger Dean at Eastman School of Music.  “This professorship honors the countless lives she has influenced through her art and her teaching. I am deeply inspired by and grateful to Marty and Corsee Sanders for creating this professorship in honor of Katherine and the voice department.  Their generosity of spirit and philanthropy is sincerely appreciated.”

Katherine Ciesinski, who has been a Professor of Voice with Eastman since 2008, also co-chairs the Voice and Opera department alongside Steven Daigle.  “The Sanders’ gift is a tribute to our whole department.” Daigle adds, “The distinction of an endowed faculty position is given to individuals that have shown a commitment to teaching, knowledge in their chosen field, mentorship with their students that will last a lifetime, and who will serve as an ambassador for our department and school.  Katherine exemplifies this type of teacher and colleague.  I congratulate her on this well-deserved distinction and honor.”

Ciesinski herself shares, “I am overjoyed that our Voice and Opera department is being recognized for the vital work we do. Our students come to us at a critical time in their technical and artistic development and, over the course of their studies, their transformations are amazing. Coincidentally this honor comes at the junction of two important personal milestones: the start of my second decade at Eastman as well as the beginning of my 25thyear of full-time teaching.”

The New York Times has called Katherine Ciesinski “a singer of rare communicative presence, and a musician of discrimination and intelligence.” Major operatic credits include three Metropolitan Opera productions, Covent Garden, the Paris Opera, San Francisco, and Chicago Lyric, among many others. Her world premieres include Mark Adamo’s Little Women, Dominick Argento’s The Aspern Papers, Jake Heggie’s The End of the Affair, and the title role of Maurice Ohana’s La Celestine. She has been seen on nationally televised broadcasts of operas and concerts on PBS Great Performances and heard on NPR’s World of Opera. Ms. Ciesinski has also performed with many of the world’s leading orchestras and has been heard in recital and contemporary chamber music performances across the United States and Europe. Her singing of “He shall feed His flock” from Handel’s Messiah was featured in the Oscar-nominated film Manchester by the Sea. This season, she has won both a Grammy and an Echo Klassik award as a featured artist on the CD of Berg’s Wozzeck with Hans Graf and the Houston Symphony.

In addition to being on the faculty at Eastman since 2008, Ms. Ciesinski is also on faculty at the Encuentro Internacional de Ópera in Mexico and at Opera Viva in Italy. Ms. Ciesinski has been a frequent clinician at the International Symposium on the Care of the Professional Voice and was elected to the American Academy of Teachers of Singing in 2011. She has co-authored “Vowel Shapes: An Open-Source, Interactive Tool to Assist Singers with Learning Vowels” with colleagues from the University of Rochester Department of Computer Science, and is co-author with colleagues from the UR School of Medicine and Dentistry on a research study on the quality of silence in medical consultations, entitled “Eloquent Silence: a musical analysis of connectional moments at the end of life.” Ms. Ciesinski is a 2018 graduate of the University of Rochester School of Medicine and Dentistry with a Master of Science in Medical Humanities.

About 900 students are enrolled in Eastman’s Collegiate Division—about 500 undergraduate and 400 graduate students. Students come from almost every state, and approximately 20 percent are from other countries. They are guided by more than 95 full-time faculty members. Six alumni and three faculty members have been awarded the Pulitzer Prize for Music, as have numerous GRAMMY Awards. Each year, Eastman’s students, faculty members, and guest artists present more than 800 concerts to the Rochester community.