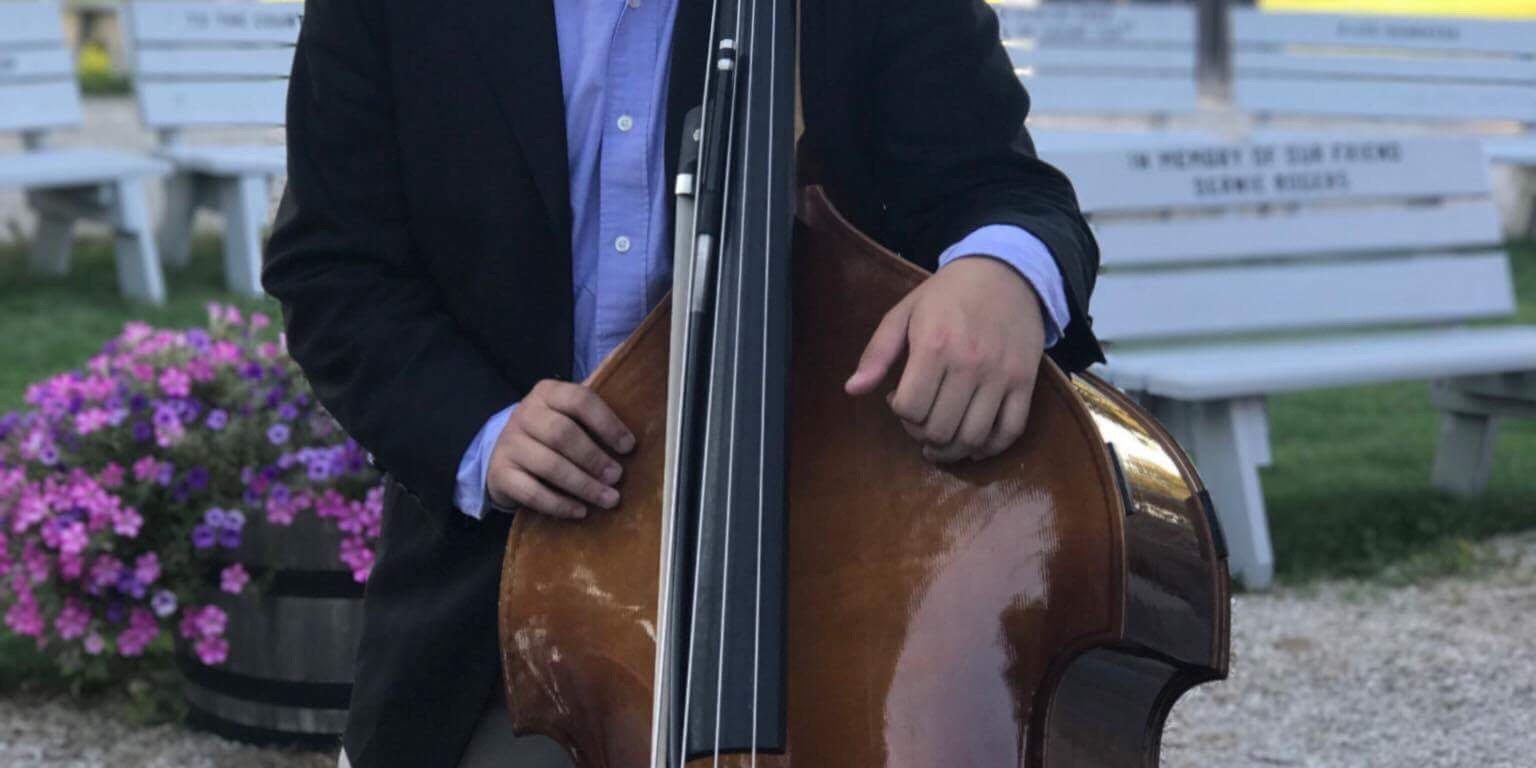 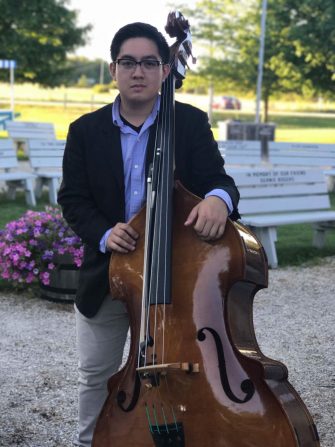 The awards will be presented by Nugent and Iacona, along with Eastman Professor of Jazz Studies and Contemporary Media, Jeff Campbell, on Monday, June 25 at 8 pm, at Kodak Hall at Eastman Theatre. The awards are part of the Festival’s mission to invest in the next generation of musicians, and support students attending the Eastman School of Music.

Le is an aspiring bassist from the Chicagoland area. Grant originally studied piano and trumpet as a child and began playing the bass in middle school as a member of the district jazz band. In high school, he was awarded the Bill May Jazz Education Fund Scholarship, which allowed him to study at the Illinois Summer Youth Music Camp, where he was mentored by Larry Gray, one of Chicago’s finest bassists. The skills and experiences that Grant gained during that time allowed him to earn spots in the ILMEA District 7 Jazz Band, District 7 Honors Jazz Combo, and All-State Honors Jazz Combo, where he held the spot for two years in a row in 2017 and 2018. Grant has had the opportunity to perform with amazing artists such as Chicago drummer and bandleader Jimmy Bennington, as well as world-renowned trumpet player Roger Ingram.

The summer before his senior year, Grant attended the Birch Creek Summer Music Camp, where he played in the Ambassador Combo and studied with Jeff Campbell, who he will also be working with this fall when he begins his studies at Eastman.

“Earning this scholarship is such an honor,” shares Le. “I can’t wait to continue my jazz studies at Eastman this fall.”

At this year’s presentation on June 25th, a unique performance will celebrate the 100th anniversary of the BAUHAUS, an influential art and architecture movement. The German National Youth Jazz Orchestra (BuJazzO), presents a live-music to picture program with original compositions by prominent German and American jazz composers.

The project represents an exciting collaboration between BuJazzO, the Eastman School of Music, and Eastman Museum for Film and Photography in Rochester. The program premiered at the Kurt Weill Fest Dessau in March 2018 and, thanks to funding by the German State Department, will tour international jazz festivals until the culminating Bauhaus celebration in Berlin in 2019.

About 900 students are enrolled in Eastman’s Collegiate Division—about 500 undergraduate and 400 graduate students. Students come from almost every state, and approximately 20 percent are from other countries. They are guided by more than 95 full-time faculty members. Six alumni and three faculty members have been awarded the Pulitzer Prize for Music, as have numerous GRAMMY Awards. Each year, Eastman’s students, faculty members, and guest artists present more than 700 concerts to the Rochester community.

XRIJF was founded in 2002 and is produced by John Nugent and Marc Iacona. The Festival has become one of the nation’s most respected music festivals, navigating all genres of creative improvised music. This year’s nine-day festival, June 22 to June 30, will feature 1500 artists from 20 countries who will perform at 20 venues in more than 300 concerts including 97 free shows and events.