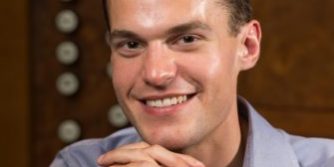 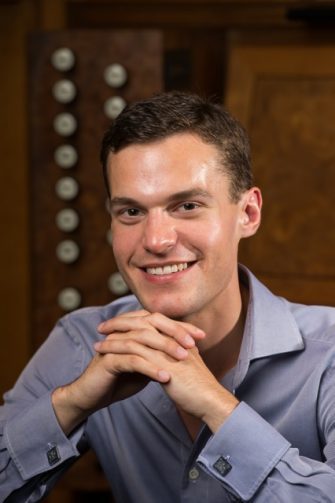 Mr. and Mrs. Woodworth said “At the age of 13, our daughter discovered the wonders of the pipe organ while attending an AGO Pipe Organ Encounter, and ever since then, we have been grateful to the organ community for nurturing her talent. In that spirit, we are honored to be able to assist her teacher, Professor Nathan J. Laube, and his colleagues in cultivating the remarkable young organists who come to study at the Eastman School of Music, now and in the future.”

“In a time when we are witnessing such a growing need for scholarship among young musicians, I wish to express my tremendous gratitude to the Woodworth family for their amazing generosity to help the talented young organists of today and tomorrow pursue and attain their dreams,” expresses Nathan Laube, for whom this scholarship is named.  “It is a great honor to receive this scholarship in my name, one which will help to ensure that the remarkable legacy of performance and scholarship in the Eastman Organ Department is carried into the future by attracting the finest musicians around.”

In addition to serving as Assistant Professor of Organ on the faculty of the Eastman School of Music, and his new position as International Consultant in Organ Studies at the Royal Birmingham Conservatoire, UK, Nathan Laube’s extensive recital career includes major venues spanning four continents.  Recent appearances include at the Vienna Konzerthaus, Berlin Philharmonie, Elbphilharmonie (Hamburg), Notre-Dame Cathedral (Paris), St. Paul’s Cathedral (London), Maison Symphonique (Montreal), Victoria Hall (Geneva), and the Sejong Center (Seoul). Highlight performances in the USA include concert halls in Dallas, Los Angeles, Kansas City, Nashville, Madison, Philadelphia, San Francisco, Seattle, among others. In October 2016 he performed the first inaugural recital of the restored Harrison & Harrison organ of King’s College Chapel, Cambridge, and for the summer of 2017, he was appointed the first “Organist in Residence” on the celebrated 1738 Christiaan Müller organ in St. Bavo in Haarlem, the Netherlands. He recently completed a residency at the Berlin Philharmonie including a performance of the Hindemith Kammermusik VII with the Karajan Academy of the Berliner Philharmoniker, and in 2019 he will perform J.S. Bach’s complete third part of the Clavierübung at London’s Royal Festival Hall.

Mr. Laube is regularly invited to important international organ festivals in Europe as a performer, lecturer, and pedagogue, and additionally serves as co-chair of the 2018 national convention of the Organ Historical Society (OHS) which will be held in Rochester, NY.  In 2015, Mr. Laube’s recording of Stephen Paulus Grand Concerto on the Naxos label recorded with the Nashville Symphony, Giancarlo Guerrero, conducting, received a GRAMMY Award for Best Classical Compendium.  Additionally, many of his live performances have been featured on American Public Media’s “Pipedreams.”