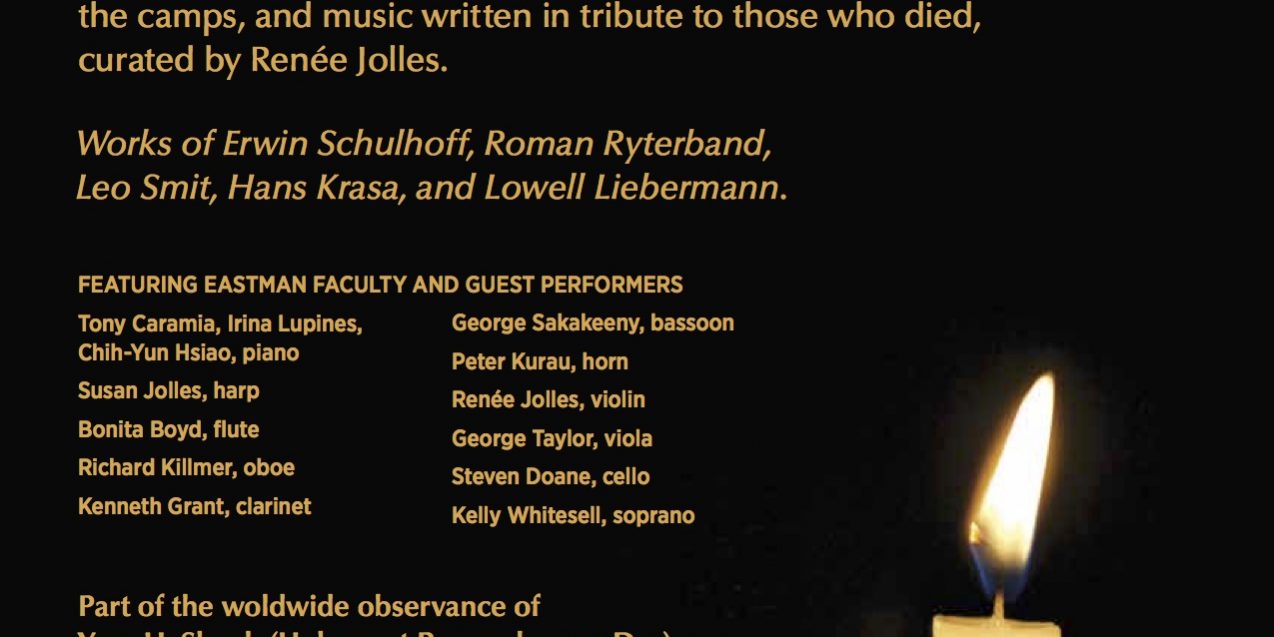 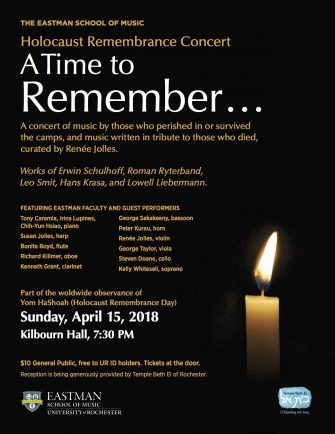 Titled “A Time to Remember . . .”, the concert features music written by those who perished or survived the World War II concentration and work camps, as well as music written in tribute to those who died. The series of annual concerts was launched in 2014 by Professor of Violin Renée Jolles. Her father, Jerome Jolles, buried bodies as part of a work detail in Romania during the Nazi occupation. He survived and came to the United States, where he finished his studies at Juilliard in music performance and composition. A virtuoso accordion player, piano teacher, and composer, Mr. Jolles died in January 2014.

The concert will feature works by Erwin Schulhoff, an adventurous modernist composer who died of tuberculosis at the Wülzburg concentration camp; Roman Ryterband,

who managed to escape to Switzerland just before the borders closed in 1939, while most of his family perished in the death camps. Ryterband became a prolific composer of classical music and popular songs; Leo Smit, a Dutch composer of chamber and vocal music, was murdered at Sobibor, a Nazi death camp in Poland; Hans Krasa, best-known for his children’s opera Brundibár, containing anti-Nazi symbolism, who was sentenced to Terezin camp but died in Auschwitz, and Lowell Liebermann, an American composer, represented in this concert with settings of  poems by Nobel prize-winning author Nelly Sachs, known for her poetry about the Holocaust and Jewish identity.

Admission to the “A Time to Remember . . .” concert is $10 for the general public, free to UR ID holders. Tickets are available at the door.  A reception provided by Temple Beth El of Rochester will be held after the concert.