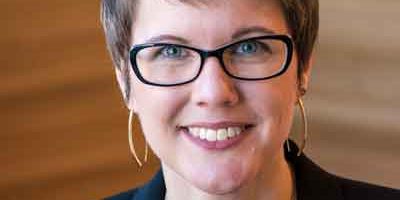 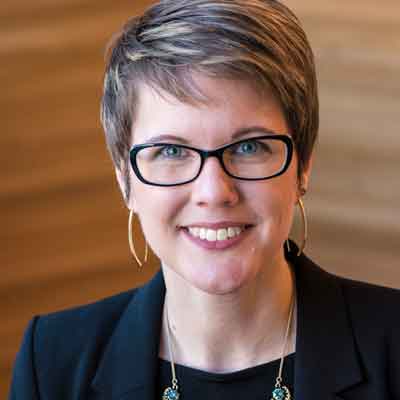 Rachel Roberts has been appointed to the faculty of the Eastman School of Music of the University of Rochester as the inaugural director of its new Master of Arts in Music Leadership degree program. Roberts, who has been the Director of the Entrepreneurial Musicianship Department at the New England Conservatory of Music since 2009, holds degrees from Eastman and the Harvard Graduate School of Education.

The new Master of Arts in Music Leadership degree program is designed for students who are passionate musical artists who also wish to develop exceptional managerial and leadership skills. Empowered with a comprehensive musical background and a broad set of executive skills, graduates will be able to lead and advocate for both traditional and non-traditional musical arts organizations.

Jamal Rossi, the Joan and Martin Messinger Dean at Eastman, shares, “I am thrilled by Rachel Roberts’ appointment as the inaugural leader of Eastman’s new Master of Arts in Music Leadership degree program.  As an outstanding musician and arts leader, Rachel brings a rich and ideal skillset that will be of enormous benefit to the students in this new degree program.”

Roberts has held leadership positions in a variety of organizations, including the Atlanta Symphony Orchestra, where she served as its first Director of Strategic Planning Engagement. She arrived at the ASO after completing the League of American Orchestras’ Orchestra Management Fellowship program, having worked with orchestras in Aspen, Detroit, South Dakota, and Atlanta. At the New England Conservatory, where she founded the Entrepreneurial Musicianship Department, her students have created and led numerous innovative entrepreneurial initiatives and organizations in the arts.

Roberts regularly presents workshops throughout North America and Europe at leading music conservatories, professional conferences, and as a consultant to arts organizations and cultural agencies. She continues to perform in various chamber music settings, including as a member of the Essimar Trio, and teaches flute, most recently as a faculty member at NEC’s Preparatory School.

“It is truly an honor to be invited to join the faculty of Eastman School of Music. As an alum, I have always appreciated the leadership skills inherent within the education provided to Eastman students,” states Rachel Roberts.  “I’m thrilled to work with the Institute for Music Leadership to further the development of leadership training, bringing the new Masters in Music Leadership degree to life.”

Jim Doser, Director of the Institute for Music Leadership, points to Rachel’s experience and connection to Eastman, saying, “She is a great example of Eastman’s longstanding commitment to artistry, scholarship, and leadership. Our new MA in Music Leadership program takes those pillars of Eastman’s core values to the next level, particularly with Rachel Roberts at the helm.”