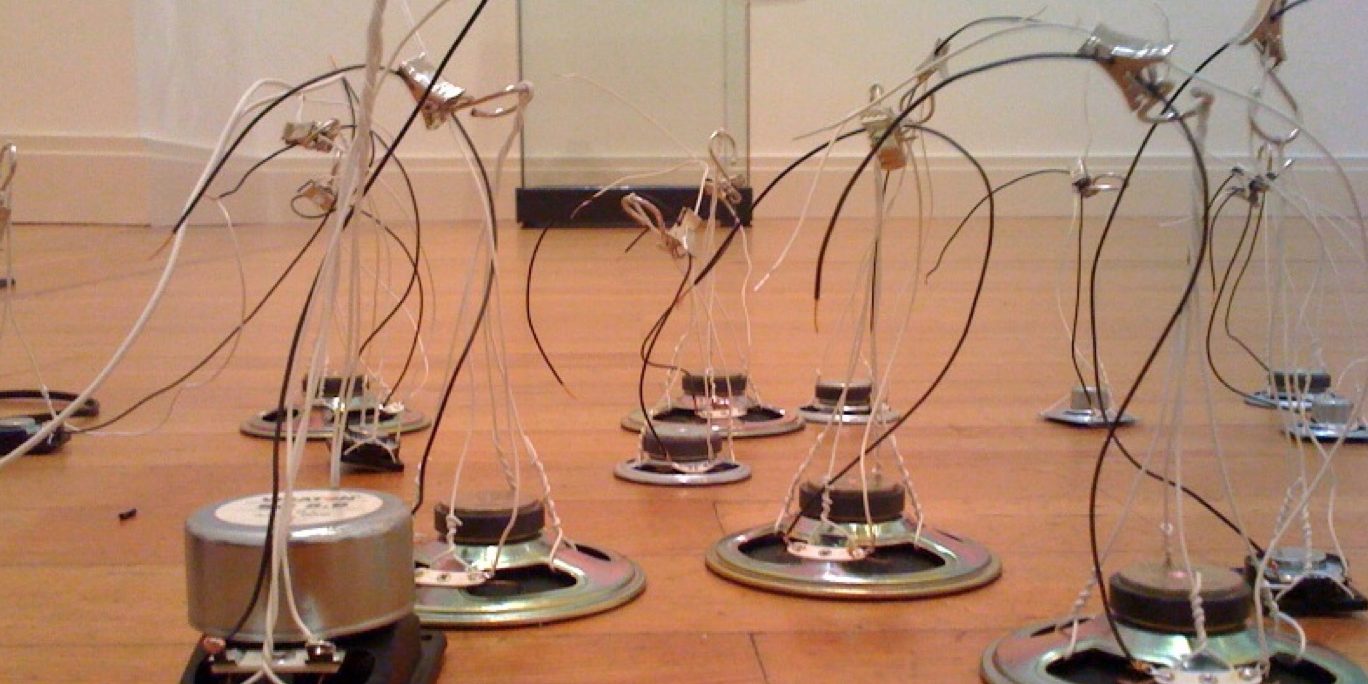 Supported by and in partnership with Benson Forum for Creativity, Visual Studies Workshop Rochester, and UCIS (University Committee for Interdisciplinary Studies), University of Rochester

Eastman Audio Research Studio presents its inaugural Image/Sound Festival. This informal festival brings together image and sound constellations, confluences, and collisions in forms previously unknown at Eastman School of Music. EARS will be joined by guests: eminent Austrian video artist Claudia Rohrmoser, composer Brigitta Muntendorf, and the award-winning Ensemble Garage from Cologne, Germany, as well as the Empire Film Music Ensemble, performing new works by Jose Benjamin Escobar and Claire Caverly. Claudia Rohrmoser will be featured in a screening of some of her work, and in a special workshop in partnership with the Visual Studies Workshop (VSW). As the highlight of the festival, the Ensemble Garage will present a concert with works from different composers, video, and multimedia artists, focusing on the interaction of seeing and hearing within the performative context. Everyone is welcome and all events are free of charge.

Eastman Audio Research Studio is a platform for research, experimentation and the realization of new music and sound art. The studio strives to encourage and enable the creation of new works at the intersection of musical expression and sound technology. For more information visit: https://www.esm.rochester.edu/ears/

About 900 students are enrolled in Eastman’s Collegiate Division—about 500 undergraduate and 400 graduate students. Students come from almost every state, and approximately 20 percent are from other countries. They are guided by more than 95 full-time faculty members. Seven Pulitzer Prize winners have taught at Eastman, as have several GRAMMYS® Award winners. Each year, Eastman’s students, faculty members, and guest artists present more than 700 concerts to the Rochester community.