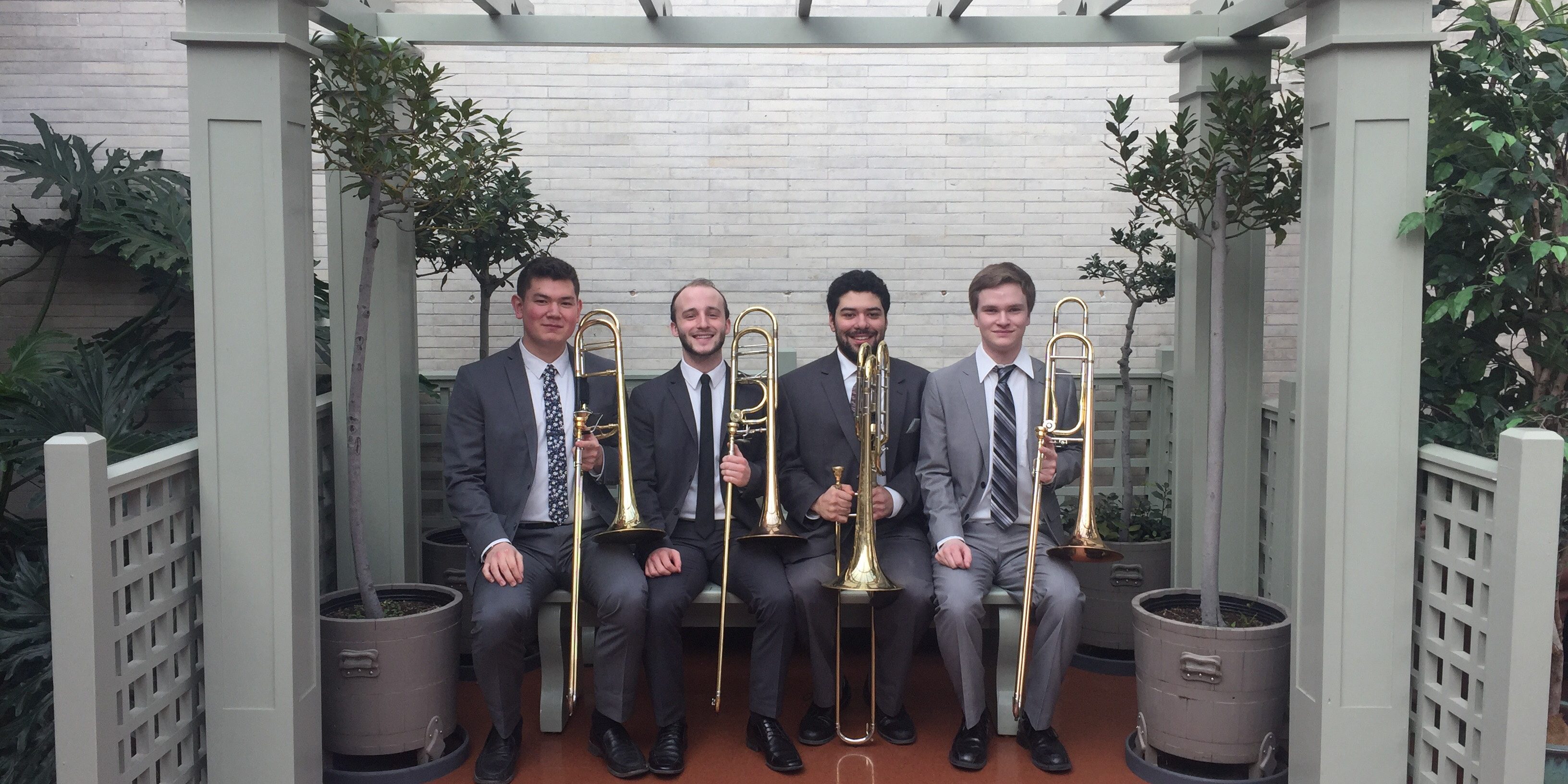 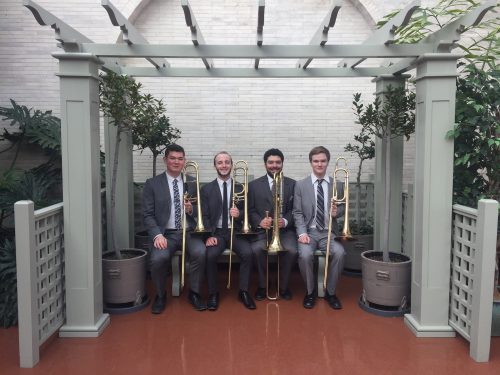 Four trombone students have been chosen to represent the Eastman School of Music in a concert at the John F. Kennedy Center for the Performing Arts on Saturday, March 31. The Amendous Quartet is made up of Ben Dettelback, Nick Crane, Jack Courtright, and Gabriel Ramos, all Bachelor’s of music students at Eastman.

The Eastman School was one of eight founding participants of the Kennedy Center Conservatory Project when it was launched in 2004, and student musicians have represented the school in front of Washington, D.C., audiences for several additional years after.

“As Eastman School trombone faculty, we feel most fortunate that our students will be representing our studio and our school at this prestigious event,” Mark Kellogg and Larry Zalkind, Trombone Faculty at the Eastman School of Music.