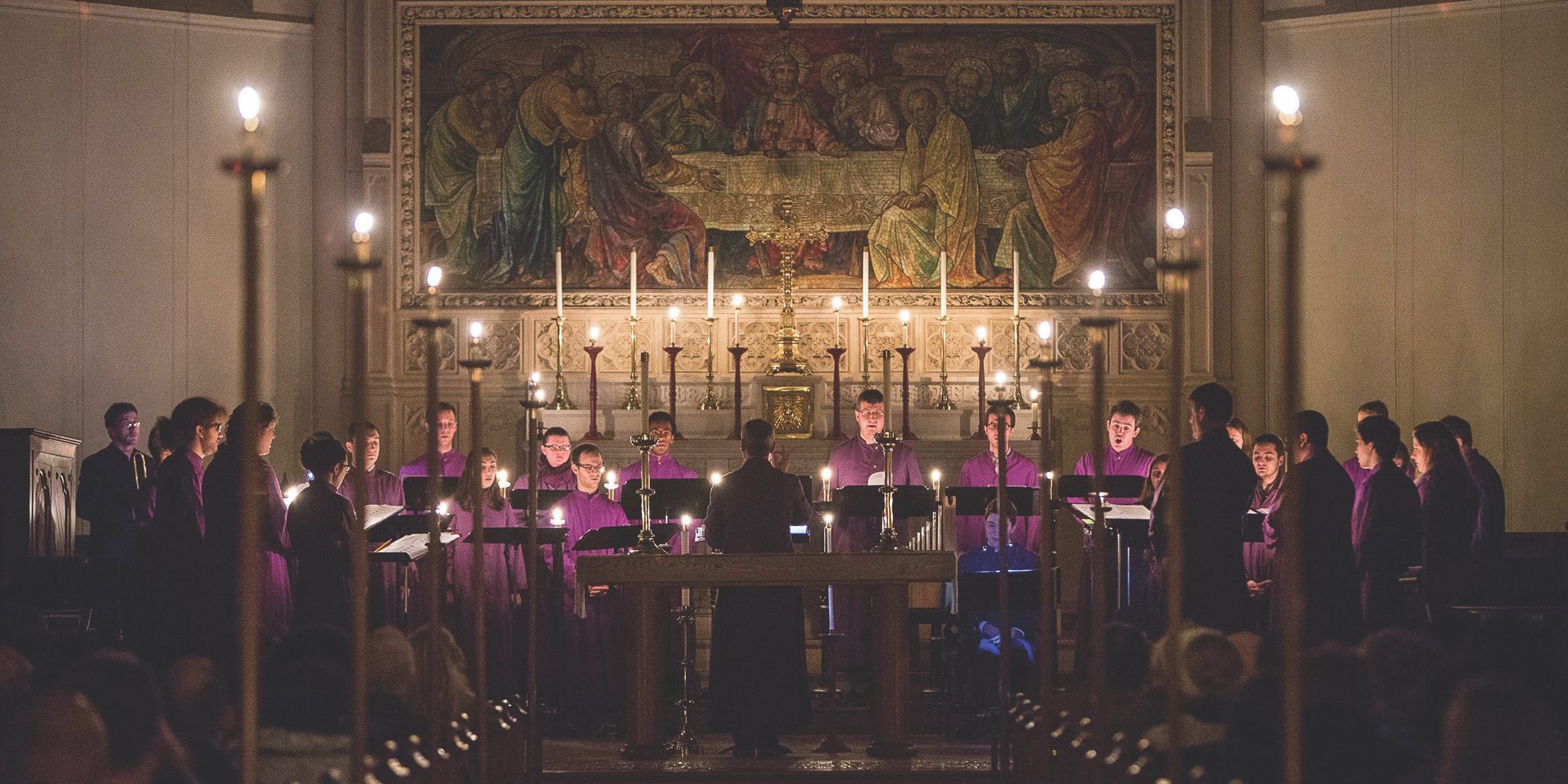 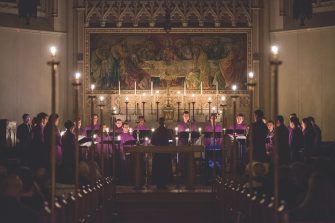 The next installment in the Third Thursday concert series (featuring Eastman’s Italian Baroque Organ) will be performed by the Christ Church Schola Cantorum, a Rochester-based ensemble specializing in Gregorian chant, music of the Renaissance and Baroque, and choral improvisation. Directed by Stephen Kennedy, the Schola Cantorum will present “Illumination: Organ and Voices” on Thursday, February 15, at 7:30pm in the Memorial Art Gallery Fountain Court.

The performance includes plainsong, works by Renaissance and Baroque composers, and choral improvisation. It is a particularly rare opportunity to hear this critically acclaimed vocal ensemble alongside Eastman’s Italian Baroque organ, the only instrument of its kind in North America. Repertoire will include works for a combination of voices, organ, and period instruments, as well as music for voices alone.

The Christ Church Schola Cantorum was founded in 1997 for the purpose of performing the weekly Office of Compline at Christ Church. Since then, they have been featured in a variety of chamber music festivals and concert series, recorded two albums, and garnered national acclaim. Specializing in much more than early music, the Schola Cantorum frequently performs contemporary repertoire and has commissioned, premiered, and recorded works by numerous living composers.

Eastman’s Italian Baroque Organ was constructed around 1770 in central Italy. Restored and installed in 2005 at the Memorial Art Gallery, the instrument captures the authentic sounds of the Baroque era.

The next Third Thursday concert takes place on March 15 in the Fountain Court of the Memorial Art Gallery. Entitled “Scordatura Violin,” it will feature Publick Musick, a local period-instrument ensemble comprised of renowned specialists in early music. The program will present virtuosic string music by Biber and Schmelzer.