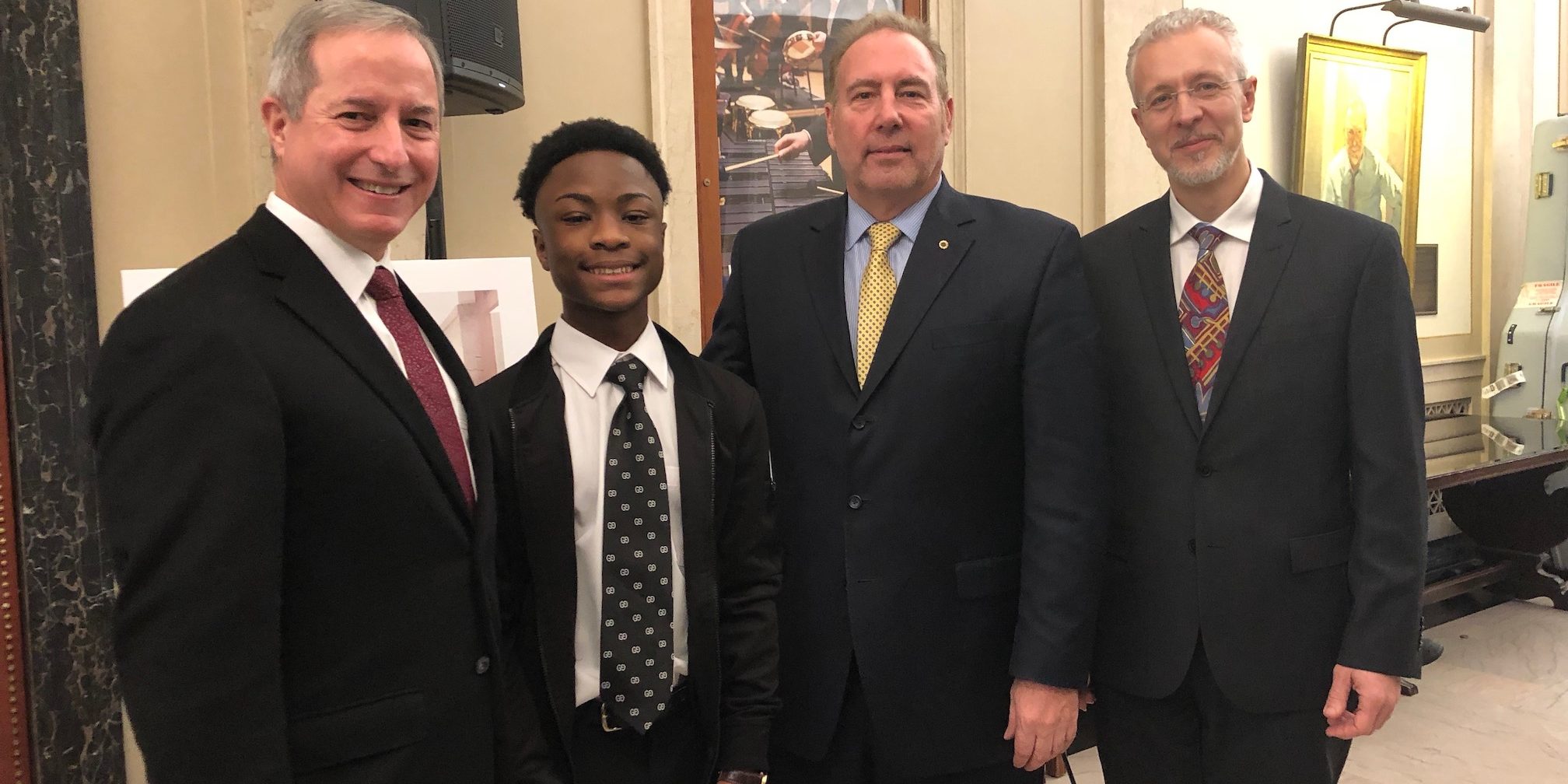 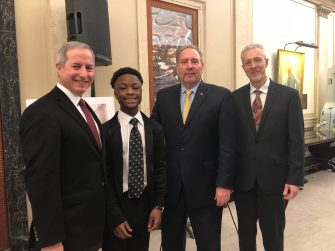 The Eastman Community Music School has been an integral part of the Eastman School of Music, University of Rochester, and the Rochester community, since its opening in 1921. Housed on Gibbs Street in Messinger Hall, the Eastman Community Music School (ECMS) will soon undergo a major renovation, made possible by generous contributions from Karen and Ron Rettner, The Kenlou Foundation, The Williams Family, Nancie Kennedy ‘79E (MM), The Spindler Family Foundation, and members of the ECMS Community, as well as a grant from the extremely competitive Finger Lakes Regional Economic Development Council (FLREDC). The 2.8-million-dollar project, will enhance the educational experience for over 1,500 music students, is set to begin in January 2018 and will be completed by August 2018.

“This project has deep symbolic meaning,” states Petar Kodzas, Associate Dean of the Eastman Community Music School. “It reaffirms Eastman’s commitment to enrich community life on many levels including through Eastman Community Music School. This new state-of-the-art facility will bring teaching and learning music to a whole new level and reflects our dedication to excellence.”

Renovations in Messinger Hall will feature: interior upgrades and furnishings in the lobby, as well as video signage and a permanent lobby attendant desk; a keyboard lab; classrooms; 24 teaching studios; percussion and drum set studios; designated waiting spaces for parents; and an exterior facelift. All construction will be completed according to thorough acoustical requirements, making the new spaces optimal for music education and learning.

Eastman School of Music National Council Member Karen Rettner and her husband, University of Rochester Trustee Ronald Rettner, are the primary contributors to the building renovation.  Ron has also provided his extensive expertise in commercial construction and property development to guide the project.  “Our commitment to Eastman and this project stems from our love of music, the impact of and high level of community engagement and excellence at the Eastman Community Music School,” share the Rettners.  “We are proud to foster music education and to enrich the lives of community members of all ages by affording them the opportunity to gain an appreciation of music.”

“We are deeply grateful to Karen and Ron Rettner for their deep commitment to impacting the lives of Rochesterians through the power of music,” said Jamal J. Rossi, Joan and Martin Messinger Dean of the Eastman School of Music. “In recognition of their generosity, the ground floor public space will be named the Karen Rettner Community Music Center.”

Senator Joe Robach states, “Since 1921, Eastman Community Music School has worked to ensure that community members of all ages and backgrounds have access to a musical education. I am proud that New York State and private donors have collaborated to ensure the enhancement of the educational experience for Eastman’s current and future students. This state of the art facility will allow the Eastman Community Music School to continue its mission to nurture and inspire music students at all levels.”

Majority Leader Joseph D. Morelle said, “The Eastman School of Music has been a landmark institution in Rochester’s arts community for nearly a century. These renovations and upgrades will only serve to enhance the world-class music education Eastman Community Music School students receive. I am grateful to my colleagues on the Finger Lakes Regional Economic Development Council and the many community partners who came together to invest in this project and support the future of music education in Rochester.”

A formal press conference occurred December 16 in Lowry Hall, as part of ECMS’ “Winterfest”, a year-end holiday concert presented to the public from 9:30AM to 8:00PM. Dean Jamal Rossi gave remarks, followed by Senator Robach, Petar Kodzas, and performances by several ECMS groups such as the flute choir, trombone and trumpet ensembles, and gamelan ensemble. Winterfest also included larger ensembles such as the Young Eastman Strings and the New Horizons Orchestra (founded for senior citizens in 1991 under Roy Ernst, Professor Emeritus at Eastman, the New Horizons program has now been adopted throughout the United States and in Canada, resulting in the formation of more than 100 organizations). Simultaneous performances occurred throughout the day in Lowry Hall, Hatch Recital Hall, Messinger community space, and Kilbourn Hall. All performances were free and open to the public.

Petar Kodzas and Dean Rossi are available for interviews on the process and details of the future space, as are hi-resolution renderings of the renovations at Messinger Hall.

The Eastman Community Music School (ECMS) provides opportunities for community members to learn, discuss, and celebrate music. As one of Eastman’s primary connections to the greater Rochester community since 1921, the school offers music lessons, ensembles, classes, and workshops to student of all ages and backgrounds. ECMS serves an average of 1,600 students per year ranging in age from 4 months to 92 years old. From pre-school and early childhood programs, to college prep and diploma programs, to adult ensembles and classes, ECMS nurtures and inspires students at all levels. The renovations enable the school to accommodate growing enrollment numbers.

About 900 students are enrolled in Eastman’s Collegiate Division– about 500 undergraduate and 400 graduate students. Students come from almost every state, and approximately 20 percent are from other countries. They are guided by more than 95 full-time faculty members. Six alumni and three faculty members have been awarded the Pulitzer Prize for Music, as have numerous Grammy Awards. Each year, Eastman’s students, faculty members, and guest artists present more than 700 concerts to the Rochester community.