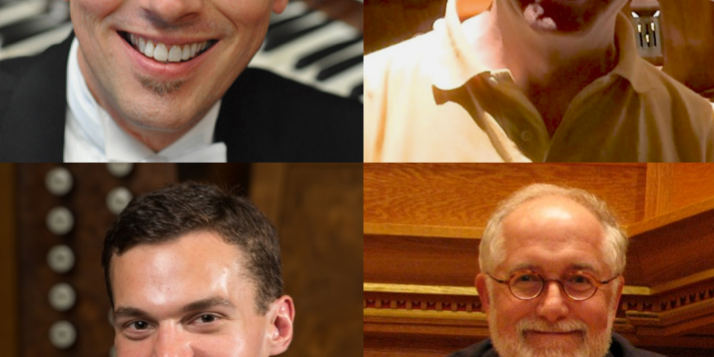 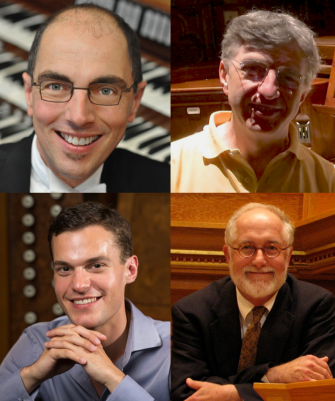 The organ faculty of the Eastman School are among the world’s leading concert organists, regularly performing throughout North America, Europe, and Asia. David Higgs, department chair, has inaugurated numerous instruments worldwide, and he frequently performs, teaches, and adjudicates at festivals around the globe. He has performed with the San Francisco Symphony, the Chamber Music Society of Lincoln Center, the Orpheus Ensemble, Chanticleer, and the Empire Brass. Meanwhile, his students have won numerous international competitions, and many of them teach at prestigious institutions in the United States and beyond.

Edoardo Bellotti has taught in colleges across Germany, Italy, and the United States, and he is renowned as a virtuoso organist and improviser who routinely performs at festivals worldwide. His performance expertise and musicological research have earned him recognition as a leading expert in Renaissance and Baroque keyboard music. Bellotti frequently presents lectures at international conferences and has published numerous research articles, as well as critical editions of 17th- and 18th-century repertoire.

Nathan Laube maintains a highly active recital career with performances spanning four continents; among other venues, he has performed at the Vienna Konzerthaus, the Berlin Philharmonie, the Berlin Cathedral, the Dortmund Konzerthaus, and the Sejong Center, Seoul. He has been a featured recitalist on six national conventions of the Organ Historical Society and numerous conventions of the American Guild of Organists. Laube’s recording of Stephen Paulus’s Grand Concerto with the Nashville Symphony earned him a GRAMMY Award for Best Classical Compendium in 2016.

William Porter is a world-renowned organist celebrated for his ability to improvise in a wide variety of musical styles. His recital career has taken him from the U.S. and Canada to Germany, Holland, and Italy, and he has served on the faculty of the Eastman School of Music, New England Conservatory, Yale University, and McGill University in Montreal. Porter’s recordings can be heard on the Gasparo, Proprius, BMG, and Loft labels. In addition to his teaching and performing schedule, Porter serves as organ consultant for the Constellation Center in Boston.

The upcoming Third Thursday concert offers a rare opportunity to hear these four Eastman organ faculty members in collaboration. Their performance will kick off the first annual Utech Hymnody Symposium and Festival, a two-day event featuring a keynote address, panel discussion, masterclass, and interactive hymn festival. In celebration of the hymn tradition within the organ repertory, the Utech Festival includes the premiere of a new hymn text by Dr. Wayne L. Wold, winner of the 2017 Utech Hymn Text Competition. For more information on this free symposium, visit the festival webpage.

Eastman’s Italian Baroque Organ was built around 1770 in central Italy. Restored and installed in 2005 at the Memorial Art Gallery, the instrument is the only one of its kind in North America. The organ’s beautiful, authentic sounds have been heard by thousands of visitors who attend weekly Sunday mini-recitals and special “Third Thursday” concerts by internationally celebrated guest artists and Eastman musicians. It remains the only instrument on this continent where one can hear authentic renditions of 18th-century Italian organ music.

Admission to the concert is included with Gallery admission, which is half-price on Thursday nights and free to University of Rochester student ID holders. This concert is made possible by the Joseph Rippey Endowed Trust. The Utech Hymnody Symposium and Festival is supported by the George W. Utech Congregational Hymnody Fund.