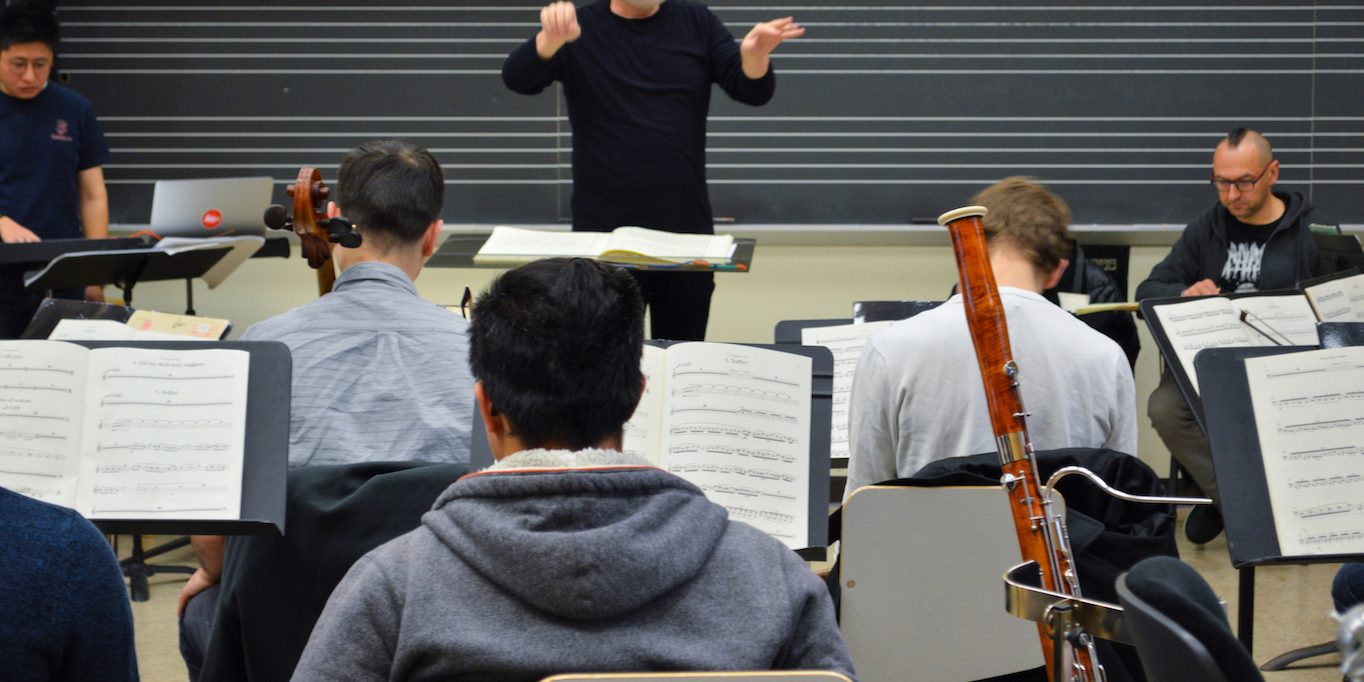 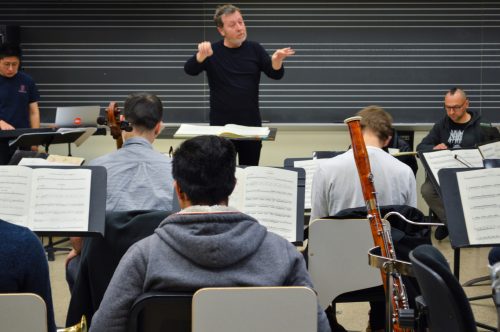 Austrian composer Bernhard Gander, hailed for music that contains crossover appeal to heavy metal and punk rock fans, will be a guest at Eastman School of Music’s Musica Nova for the ensemble’s concert at 8 p.m. Thursday November 9, in Kilbourn Hall.

Born in Lienz, Gander studied at the Tyrolean Provincial Conservatoire, with a focus on musical composition, conducting and piano, and continued to study composition in Graz, Paris, and Zurich.  His compositions have won several awards, including the 2012 Ernst Krenek Prize for melting pot. Gander has been highly influenced by several genres of music, some surprising to classically trained musicians, including heavy metal bands, punk rock, and death metal. The piece being presented by Musica Nova, “Take Death”, is a tour-de-force, played by a large ensemble of 20 players. This blockbuster piece will appeal to several audiences not typically at home with classical music.

“Striking originality, powerful impact, thought-provoking palpability. For this concert, I’ve combined three works that fit those descriptions very well,” shares Director Brad Lubman. “Take Death! is about the sacrificed virgin in Stravinsky’s Rite of Spring:  she comes back to take revenge on all the old men who sacrificed her and (in Gander’s words) this includes Gander himself as well as Igor Stravinsky! Gander’s heavy metal influences give a piece like Take Death! a very palpably loud and intense impact.”

In addition to Gander’s Take Death, Musica Nova will open with Iannis Xenakis’s Phlegra, and the performance will also include Gyorgy Ligeti’s Chamber Concerto. For those unfamiliar with Ligeti, his music was used in two Kubrick movies, 2001: A Space Odyssey and Eyes Wide Shut.

The Eastman Musica Nova Ensemble has been under the direction of Brad Lubman since 1997. Current assistant conductors are Edo Frankel, Mark Powell, and Vicky Shin. The ensemble consistently performs a diverse variety of music by the greatest composers of our time, including Reich, Boulez, Adams, Ligeti, Birtwistle, Rihm, and Haas, in addition to some of the classic works of early 20th century literature by Schoenberg, Webern, and Varèse. Former students from Musica Nova have gone on to become members of some of the most important professional ensembles, like the JACK Quartet, Alarm Will Sound, the MIVOS Quartet, and Ensemble Signal.