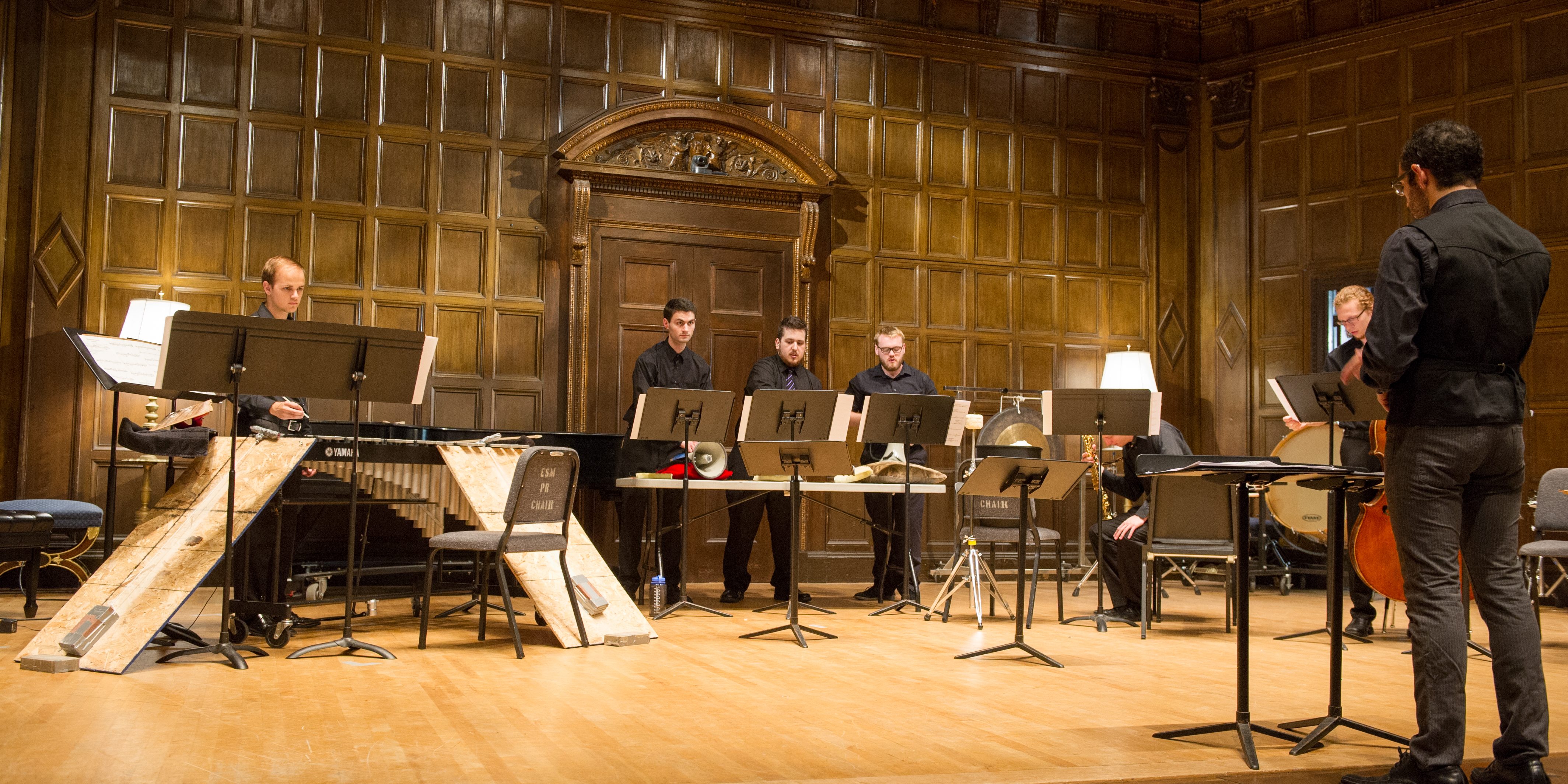 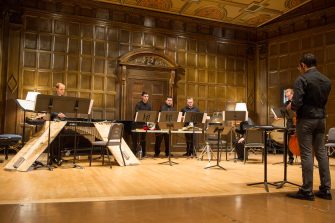 OSSIA has become something of a household name in new music circles, with alumni serving as members of such hallowed ensembles as the JACK Quartet and Alarm Will Sound.  The Eastman student-run organization has, going into its 21st season, retained its “DIY” ethos, never shying away from new horizons.  Their first performance will take place tonight at 8 p.m. in Kilbourn Hall. The performance is free and open to the public.

Rochesterians are invited to experience an exploration of the soloist-ensemble dynamic through the lens of an unusually eclectic program, where the canonical masterpieces of Luciano Berio and Oliver Knussen meet head-to-head with the maverick sounds of Kate Soper. This diverse program is unified by a gradual increase in scope and drama. In the pieces featured on the first half of tonight’s concert—Luciano Berio’s Call, for brass quintet; Kate Soper’s Only the words themselves mean what they say, for soprano voice and flute; Oliver Knussen’s Cantata for oboe and string trio; David Horne’s Splintered Instruments for harp and ensemble—the soloist-ensemble relationship is seen from a chamber music perspective, and collaboration prevails, as instruments exchange soloistic and accompanimental roles. In Splintered Instruments, which is being performed for the first time in North America, we begin to have hints of the dualistic drama that dominates the second half of the evening: here the harp is the catalyst for a “super-instrument,” its gestures spinning out into the ensemble in cascades of pizzicato.

In the second half, soloists are pitted against large groups. Danny Hansen’s A Lyrical Concertino, one of three commissioned Eastman composition student works for the 2017-2018 season, pits the sound of a violin soloist against a cohort of winds. In Matthias Pintscher’s monumental Songs from Solomon’s Garden, initially written for Thomas Hampson and the New York Philharmonic,a baritone soloist is set against a seething, luscious chamber orchestra soundscape. Although the soloist and orchestra do, at times, find themselves in violent opposition to each other, more often the instrumental parts weave themselves caressingly around the mystical words of Solomon’s Song of Songs. For Pintscher, these words are radiant isles of deep meaning, and the orchestra forms walls of sound that illuminate the hidden depths of these ancient syllables.

About Ossia: Ossia takes its name from the score marking that indicates a musical alternative. This ensemble provides alternatives for the performance of new music at the Eastman School of Music, throughout the Rochester area and beyond. Ossia produces professional-quality concerts of contemporary music, and in so doing, helps the student members learn the musical and entrepreneurial skills needed to mount successful performances.

Programs for concerts are drawn from proposals submitted by Eastman students and members of the Rochester community. Ossia’s goal is to perform works that might not receive performances of similar caliber at Eastman and like institutions, either because of style, media or composer; works of Eastman students (regardless of departmental affiliations) are featured significantly on Ossia productions. Ossia welcomes proposals for projects to be included in its productions from all members of the Eastman community. Projects may include particular pieces, themes for concerts, entire programs, or any ideas germane to the promotion of new music.