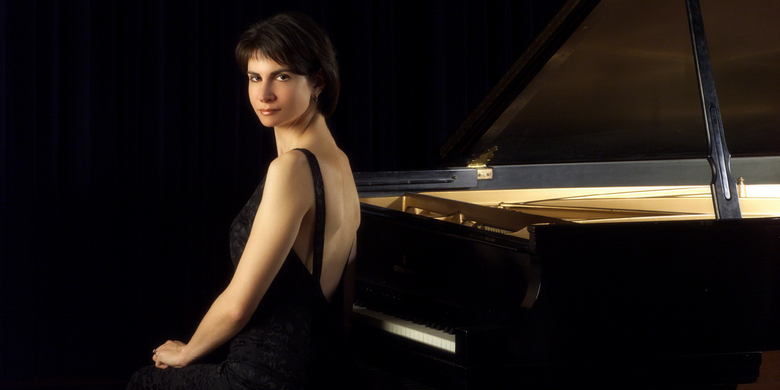 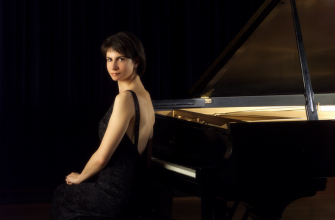 Marina Lomazov, an internationally renowned concert pianist whose New York debut performance was called “dazzling” by the New York Times chief music critic, Anthony Tommasini, will join the Eastman School of Music as Professor of Piano in the fall of 2018.  Subsequent to winning prizes in numerous competitions, including the Gina Bachauer International Piano Competition, the William Kapell International Competition, the Cleveland International, and several others, Ms. Lomazov has given debut performances in North and South America, China, England, France, Germany, Italy, Spain, Austria, Bulgaria, Ukraine, Russia, Japan and throughout the United States.  She is coming to Eastman from the University of South Carolina where she is the Ira McKissick Koger Professor of Piano and Founder and Artistic Director of the Southeastern Piano Festival.

“I am thrilled to have Marina Lomazov join the Eastman faculty.  She is a dazzling artist, a dedicated teacher and a superb colleague” said Jamal Rossi, Joan and Martin Messinger Dean of the University of Rochester’s Eastman School of Music.   “I’m looking forward to the very positive impact her presence will have throughout our school.”

In addition to an active performing career, Ms. Lomazov recorded for several labels, including Albany, Centaur, and Innova.  Her recording of works by Rodion Shchedrin was praised by the American Record Guide for its “breathtaking virtuosity.”  After immigrating to the United States in 1990, Lomazov performed widely as a member of the Lomazov/Rackers Piano Duo. The duo gained recognition as Second Prize winners at the Sixth Biennial Ellis Competition for Duo Pianists (2005), the only national duo piano competition in the United States at that time. As advocates of modern repertoire for duo piano, they have given premieres of numerous works across the United States, including several works written specifically for them.

Professor of Piano and Department Chair, Doug Humpherys said: “It is indeed a pleasure to welcome Professor Marina Lomazov as a new member of the Piano Faculty at the Eastman School of Music. Her superb artistry and inspired teaching are sure to have a distinctive influence, as the Piano Department moves forward –  treasuring great performance traditions from the past and embracing new musical aesthetics of the future.”

Marina studied at the Kiev Conservatory, where she became the youngest First Prize winner at the all-Kiev Piano Competition. She holds degrees from The Juilliard School and the Eastman School of Music, where she earned the highly coveted Artist’s Certificate – the first time that the award was given to a pianist in nearly twenty years. Her principal teachers included Natalya Antonova and Barry Snyder at Eastman, and Jerome Lowenthal at Juilliard, as well as Valery Sagaidachny and Leonid Fundiler in Kiev, Ukraine.

“I am very honored to join the distinguished faculty at the Eastman School of Music,” said Lomazov.  “Eastman is a worldwide leader in education, training the best of the next generation of musicians, and has made a tremendous difference in my own life.  I am looking forward to joining this wonderful institution in 2018.”

About 900 students are enrolled in Eastman’s Collegiate Division – about 500 undergraduate and 400 graduate students. Students come from almost every state, and approximately 20 per cent are from other countries. They are guided by more than 95 full-time faculty members. Seven Pulitzer Prize winners have taught at Eastman, as have several Grammy Award winners. Each year, Eastman’s students, faculty members, and guest artists present more than 700 concerts to the Rochester community.