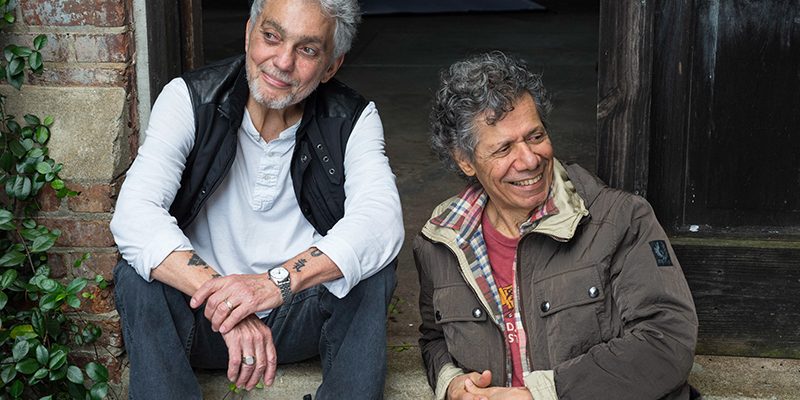 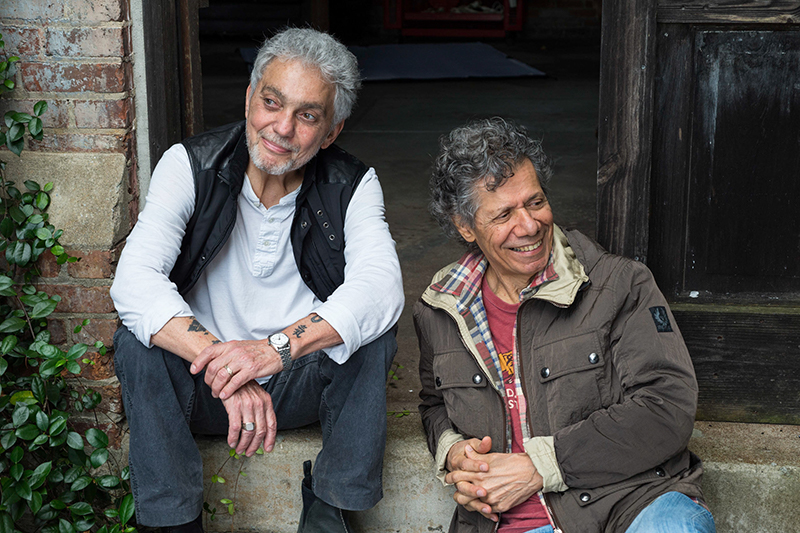 ROCHESTER, NY –- The University of Rochester’s Eastman School of Music will award Honorary Doctor of Music degrees to renowned drummer Steve Gadd (BM ’68) and to legendary jazz keyboardist and composer Chick Corea. The awards will be made to the duo, who have been on a world tour together during the past year, at their performance at Kodak Hall on Friday, October 13 at Kodak Hall by President Joel Seligman and Joan and Martin Messinger Dean, Jamal Rossi.

Rochester native Steve Gadd (BM ’68) has been among one of the most popular, and most widely recorded drummers, percussionists and session musicians in the world. His work on such hits as Paul Simon‘s “50 Ways to Leave Your Lover” and Steely Dan‘s “Aja” are examples of his style. He has also worked with many of world’s great jazz and rock artists including James Taylor, Eric Clapton, Joe Cocker, Lee Ritenour, the Bee Gees, Al Di Meola, and Chick Corea, who said of him, “Every drummer wants to play like Gadd because he plays perfectly … He has brought orchestral and compositional thinking to the drum kit while at the same time having a great imagination and a great ability to swing.”

Chick Corea is one of the pioneers of jazz-fusion, and his musical career has travelled among many different musical styles: Latin jazz, avant-garde, rock, and funk. He has also composed several classical works, including a piano concerto and a string quartet. He has been nominated for 63 Grammy Awards – and has won 22 (so far); his other honors include a BBC Lifetime Achievement Award, and the National Endowment for the Arts’ Jazz Masters Award. Corea’s tirelessly creative career was commemorated in a 2011 retrospective with the Jazz at Lincoln Center Orchestra, and he celebrated his 75th birthday in 2016 by playing with more than 20 different groups at the Blue Note. He observed at that time: “I have always just concentrated on having the most fun I can with the adventure of music.”

“Chick Corea is one of the most influential musicians of his generation, and Steve Gadd is one of Eastman’s most distinguished alumni” said Dean Jamal Rossi. “We are thrilled that both of them will join the ranks of other world-renowned musicians who hold the honorary doctorate from Eastman.”