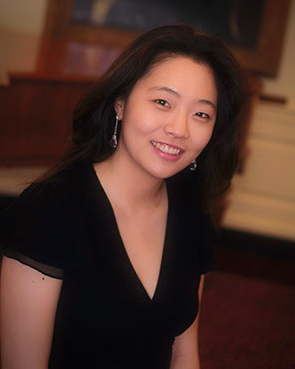 Providing a musical environment for senior citizens while offering an affordable living arrangement for a music student is the concept for a new program being offered at Valley Manor, an independent living community part of Episcopal SeniorLife Communities.  The result is a new Artist-in-Residence Program that gives an Eastman School of Music student an arrangement to live and perform at the community.  The student provides monthly performances, music for events, and sharing of meals and time with residents for a modest monthly rent.  Doctoral student and violinist Yunjung Lee is the first Eastman Student to be chosen for this special new program.

Marie Rolf, PhD, Senior Associate Dean of Graduate Studies at the Eastman School, said, “We are thrilled to launch an Artist-in-Residence Program at Valley Manor this fall.  We believe that the regular presence of our graduate student artists will enhance the residents’ quality of life, just as the experience of living among the Valley Manor family will benefit our students.  What an extraordinary opportunity this is for Eastman Students to make a difference in the lives of members of our Rochester Community.”

Ms. Lee is from South Korea and began studying violin at the age of 5.  She has performed with orchestras around the world, including the Greece Symphony Orchestra, the Seoul Philharmonic, Korean Symphony Orchestra, and many others.  Ms. Lee participated in the Music Academy of the West in 2010 and 2011, the Brevard Music Festival in 2013, Orford Music Center in 2015, and International Chamber Orchestra of Puerto Rico in 2017.  In 2011, she came to the Eastman School of Music, where she earned her bachelor’s and master’s degree, studying under the tutelage of Zvi Zeitlin and Federico Agostini.  Additionally, she has studied with Daniel Mason, Hynsu Kwon, and Jung il Lee.

“It will be an unforgettable experience for me to have this opportunity in my life,” said Ms. Lee.   “It is priceless pleasure for me to share my music and passion with the experienced seniors in this wonderful senior community and to make them happy.  Also, I have already learned precious life lessons from them through our daily conversations.”  Yunjung moved into Valley Manor on September 1, and will reside there until late spring.  She was one of three finalists interviewed by ESLC Residents and Administrators for this opportunity.

Valley Manor is located at 1570 East Avenue, in the heart of the cultural district of Rochester.  It features 128 custom apartment homes with amenities such as a restaurant, fitness center and pool, art gallery, library, deli and full concierge services.  Valley Manor has been known for its cosmopolitan milieu and exceptional services since 1970, and their intention is to continue to build upon that reputation.

“We are thrilled to have Yunjung Lee join our community and have welcomed her with open arms,” said Michelle Scipioni, Executive Director of Valley Manor.  “Her musical ability and experience is incredible and I know the residents are looking forward to a memorable year as we embark on this partnership with the Eastman School of Music.”

A special reception for residents and invited guests will take place to welcome Ms. Lee on Monday, October 16 at 2:00 p.m. at Valley Manor, 1570 East Avenue.  Her performance for Valley Manor Residents  is scheduled for Sunday, October 22 at 4:00 p.m.