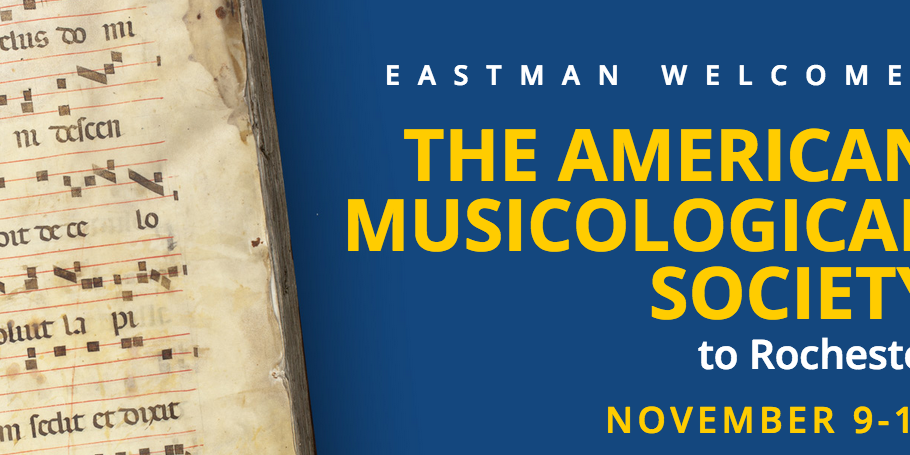 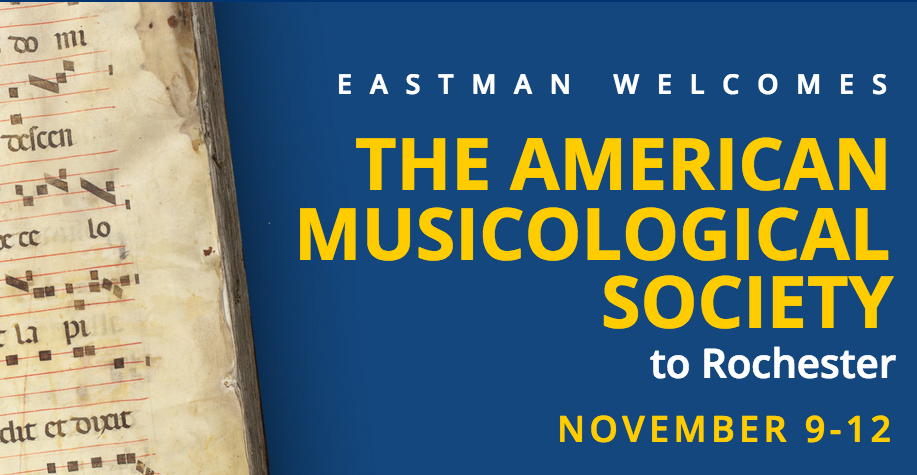 The annual meeting of the American Musicological Society will take place at the Riverside Convention Center and the Rochester Riverside and Hyatt Hotels, 9-12 November 2017. Many events and performances will be held at the Eastman School of Music. The Society is the world’s largest organization dedicated to the study of music as a scholarly discipline, and this gathering will bring nearly two thousand scholars, specializing in all types of music from all over the world, to Rochester. The conference includes hundreds of scholarly presentations on music ranging from the twelfth century to Bach and Beethoven to current trends in hip hop and film music.

Included this year is a plenary talk that is open to the public, free of charge: Elaine Sisman, well-known scholar and professor of music at Columbia University, will present a public lecture, “Working Titles, Sticky Notes, Red Threads.” It takes place at 5:30 p.m. on Thursday 9 November, at the Hyatt Hotel, Grand Ballroom.

“Rochester’s musical vibrancy – with Eastman at the center – will be a major draw for conference attendees,” according Associate Professor of Musicology Michael Anderson. “Besides the hundreds of talks on countless aspects of musical cultures past and present, members of the AMS are curious about the Eastman mystique. Special performances, demonstrations, and musical tours are among the many activities that put the school’s international prominence in the spotlight of this extraordinary gathering of musicologists.” “The AMS is very excited to visit Rochester and Eastman,” said AMS Executive Director Robert Judd. “Eastman is a true Mecca for musicologists, with an incredibly rich legacy of music scholarship. The Sibley Library alone is worth a week’s time to study. Coupled with Eastman’s amazing performances, it will be a truly exceptional gathering.”

Below is a summary of the Eastman-related events.

Marquee Concerts, sponsored in part by the AMS

About the American Musicological Society:

Founded in 1934, the American Musicological Society is the world’s largest association of scholars of musicology. Its 3,000 members teach and research at over 1,500 colleges, universities and colleges worldwide. The AMS is hosted at New York University, New York, New York.

In its eighty-third annual gathering, the Rochester meeting of the AMS will draw nearly 2,000 people interested in musicology over a four-day period: 9-12 November 2017.