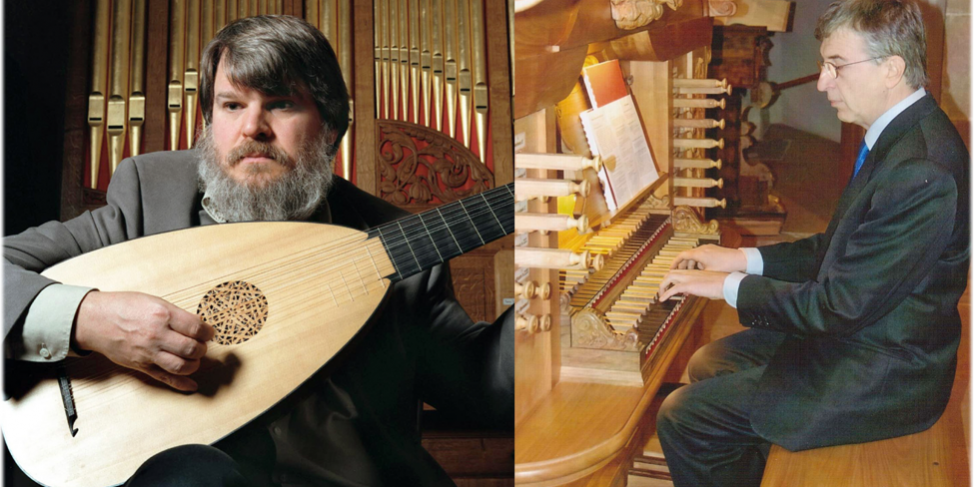 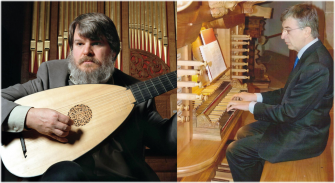 The Third Thursday Concert Series resumes this month with “Orpheus’s Journey,” a special duo appearance by Edoardo Bellotti (organ) and Paul O’Dette (lute). The performance will feature works by Frescobaldi, Monteverdi, and other Italian composers of the 17th century. Bellotti serves as Associate Professor of Organ, Harpsichord, and Improvisation at the Eastman School of Music; O’Dette is Professor of Lute and Director of the Collegium Musicum, Eastman’s early-music ensemble. They perform in concert Thursday, September 21 at 7:30 p.m. in the Fountain Court of the Memorial Art Gallery, home to Eastman’s famous Italian Baroque Organ.

Bellotti has taught in colleges across Germany, Italy, and the U.S., and he is renowned as a virtuoso organist and improviser who routinely performs at festivals worldwide. His performance expertise and musicological research have earned him recognition as a leading expert in Renaissance and Baroque keyboard music. Bellotti frequently presents lectures at international conferences and has published numerous research articles, as well as critical editions of 17th- and 18th-century repertoire.

O’Dette is an acclaimed lutenist who received a 2015 Grammy for Charpentier: La descente d’Orphée aux enfers. He is also featured on the Grammy-winning The Echoing Air: The Music of Henry Purcell and has received five additional Grammy nominations. O’Dette gives regular concerts and clinics worldwide, with events spread across Europe, North America, Japan, Australia, Russia, and South America. He can be heard on more than 100 recordings and has conducted multiple Baroque operas, including the world premiere of Conradi’s Ariadne in 2005. O’Dette serves as Artistic Co-Director of the Boston Early Music Festival. He is also a renowned scholar with numerous articles on 17th- and 18th-century performance practice.

The upcoming Third Thursday concert offers a rare opportunity to hear these two renowned performers in collaboration. Repertoire will include works by Frescobaldi, Monteverdi, and other Italian composers of the 17th century.

Eastman’s Italian Baroque Organ was built around 1770 in central Italy. Restored and installed in 2005 at the Memorial Art Gallery, the instrument is the only one of its kind in North America. The organ’s beautiful, authentic sounds have been heard by thousands of visitors who attend weekly Sunday mini-recitals and special “Third Thursday” concerts by internationally celebrated guest artists and Eastman musicians.

Admission to the concert is included with Gallery admission, which is half-price on Thursday nights and free to University of Rochester student ID holders. This concert is made possible by the Rippey Endowed Trust.