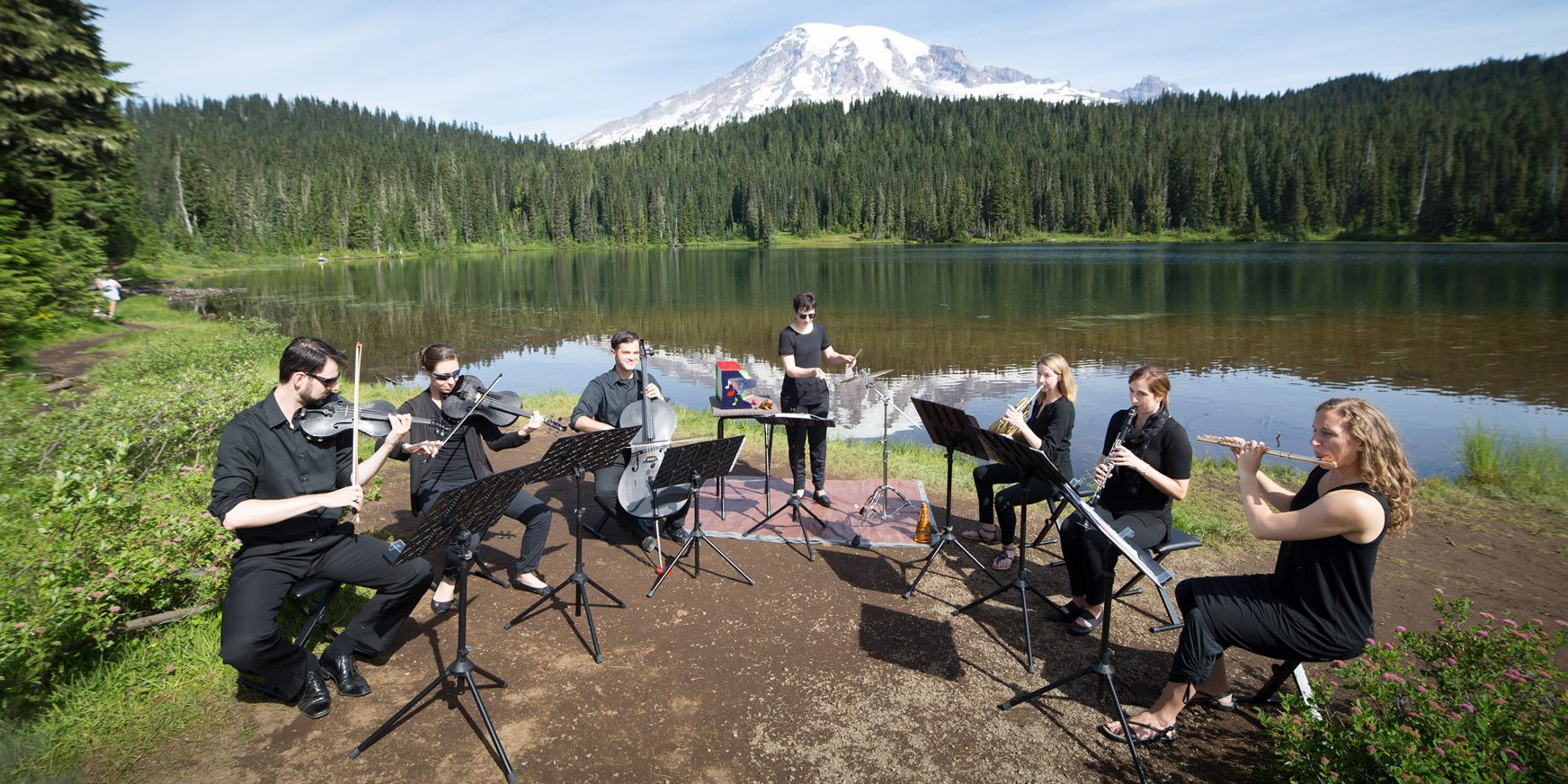 The University of Rochester’s Eastman School of Music and ArtistShare® have announced that the ensemble Music in the American Wild has been selected as an Eastman/ArtistShare New Artist Project. Led by Eastman alumnae Emlyn Johnson and doctoral student Dan Ketter, Music in the American Wild is the third project to be announced through the exclusive partnership of Eastman and ArtistShare, designed to recognize and support the careers and artistic development of exceptional Eastman students and alumni.

Music in the American Wild began with a walk in the woods. This one small act inspired a grand adventure that eventually brought new music to seven American national parks in the summer of 2016. This initiative, sponsored in part by a grant from the National Endowment for the Arts, resulted in collaborations between composers, instrumentalists, and park rangers to commission, premiere, and archive a whole new opus of inherently American works written for the national parks.

The Eastman/ArtistShare project will allow Music in the American Wild to reach a broader community by creating a video album and studio recording that documents the 2016 experience. This album will combine its eleven park-inspired works with striking visuals from each of the partner parks. The tour captured beautiful video footage on location at in-park performances in some of the country’s most stunning natural theaters, including playing 30 stories underground in Mammoth Cave, high up in the alpine forests of Mount Rainier, and many dramatic natural venues in between.

The Music in the American Wild Ensemble is comprised of up-and-coming artists who met while playing and studying music together at the Eastman School of Music.  These artists are committed to bringing new music to new audiences and new venues, focusing on the people, places, and ideas that have shaped American history and culture. Flutist Emlyn Johnson, clarinetist Ellen Breakfield-Glick, hornist Lauren Becker, violinist Jeremy Potts, violist Emily Sheil, cellist Daniel Ketter, percussionist Colleen Bernstein, and conductor Kevin Holzman will be featured in a brand-new studio recording of the eleven colorful and distinctive works.