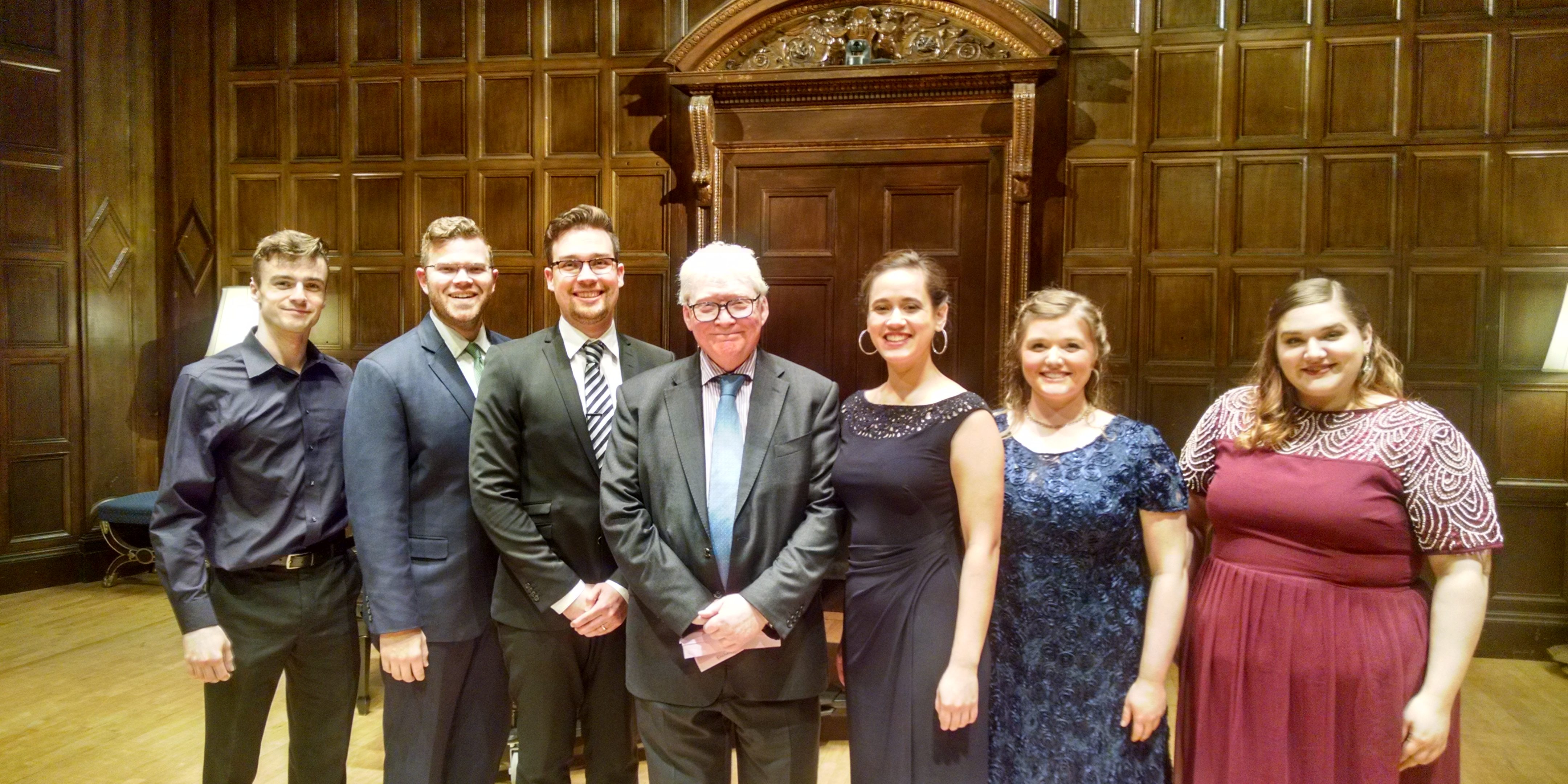 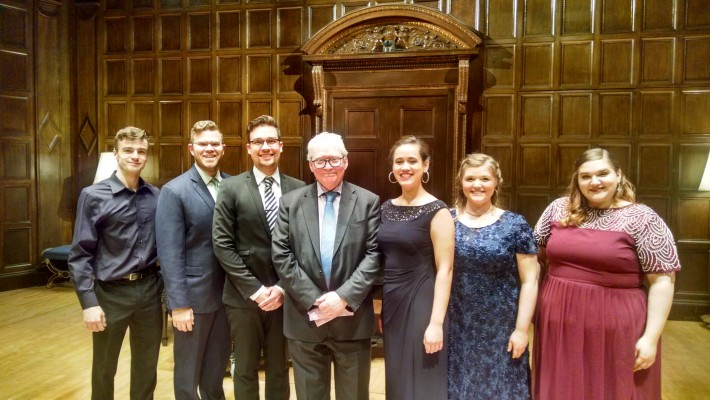 The 36th annual Jessie Kneisel Lieder Competition for Eastman School of Music voice students and for piano and accompanying students was held in Kilbourn Hall on Saturday, May 13, in the school’s Kilbourn Hall.

The adjudicator for the competition was Graham Johnson, one of the world’s leading vocal accompanists and song scholars. His career includes many successes as a performer, collaborator, author, and educator. The Independent newspaper in London described him as “indefatigable . .  .  the one-man powerhouse behind a remarkable flowering of accompanied performance and recording over the past four decades.”

Steitz and Kayler will present a Winners’ Recital on Saturday, May 20, at 8 p.m. in Kilbourn Hall.

The annual competition, which highlights the German art songs that figure prominently in vocal recitals at Eastman, was started by alumnus George McWhorter (BM ’57) to honor Jessie Kneisel. Dr. Kneisel taught courses in German, German diction, and German libretti for 45 years beginning in 1931. She also served as Dean of Women.

The awards for the Kneisel Competition and Ann Clark Fehn Memorial Award are possible through the generosity of George T. McWhorter, Margaret V. Clark, and Udo Fehn.