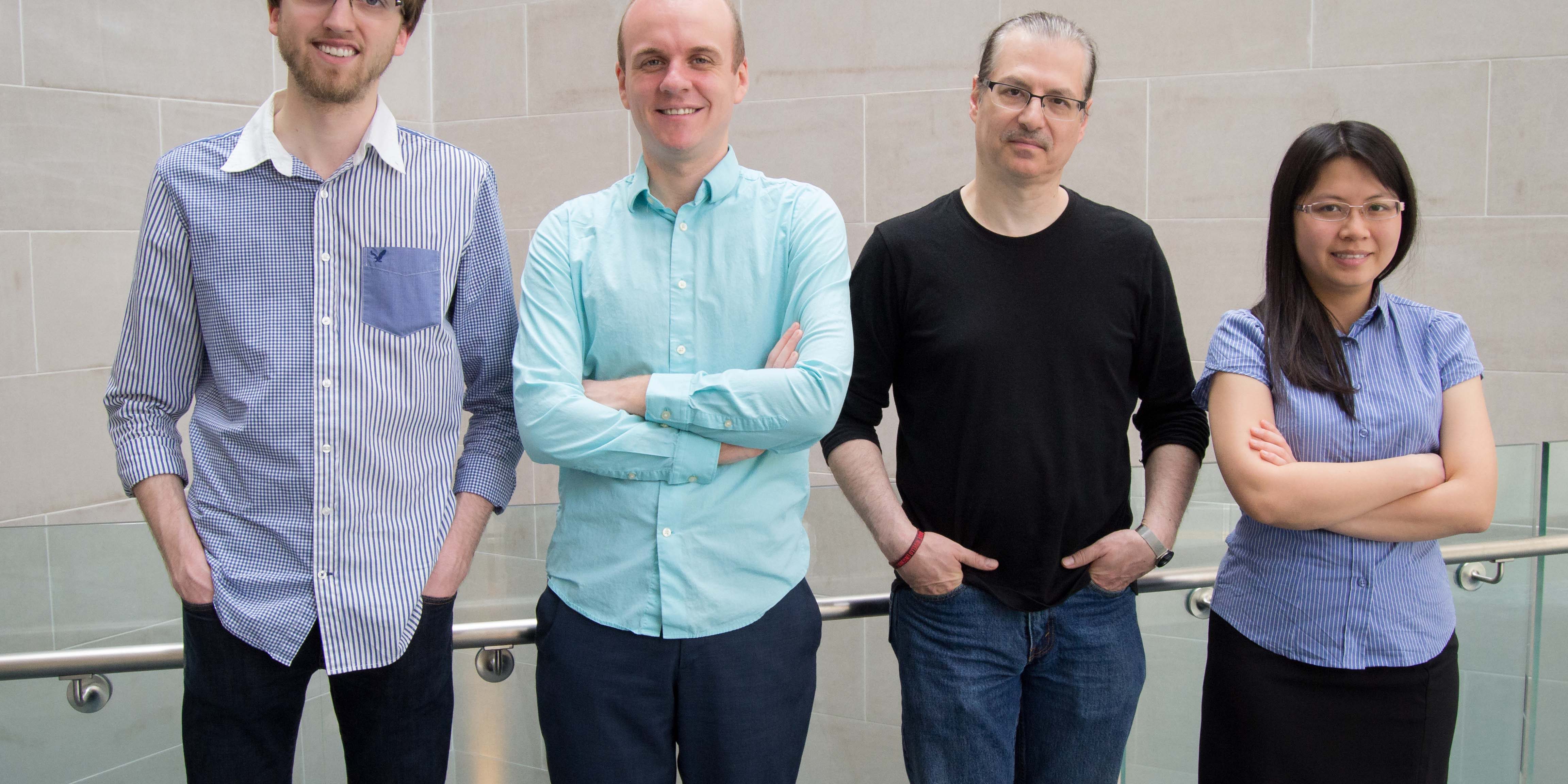 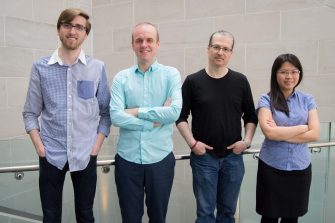 The Eastman New Jazz Ensemble was recognized in the Outstanding College Performance Large Jazz Ensemble category for its March 2, 2016, concert in which the musicians performed Bob Brookmeyers’s unreleased work Running in Place/Verticals and an unrecorded piece by Bill Holman titled The Big Izzy.  The ensemble performs repertoire primarily from the last 20 years, including music not often heard or yet recorded, and frequently premieres new works, including those of student writers. The group, which numbers approximately 20 musicians, previously won a DownBeat award in 2009 as Best College Large Ensemble.

Chen won the award for Outstanding Original Composition for Small Ensemble. Her work, Ilha Formosa (“Beautiful Island”), written for a piano trio, tenor and soprano saxophone, trumpet, trombone, and string quartet, was inspired by folk songs of aboriginal tribes in her native Taiwan. Chen blends the conventional elements of call-and-response with the harmonic vocabulary of jazz composer Fred Sturm. The work was premiered at Chen’s master’s recital and included in the jazz department’s 2016 annual album featuring Chen and tenor saxophonist Ben Britton. Chen is currently a second-year DMA student in jazz piano performance.

Darrah, a jazz composition major who will receive his master’s degree this month, won Outstanding Arrangement for Too Close for Comfort. The song, by Jerry Bock, George David Weiss, and Larry Holofcenter, was written in 1956 for the musical Mr. Wonderful. Darrah’s seven-minute arrangement features instrumentation for a full studio orchestra with 20 strings, three woodwinds, French horn, full big band, and three percussionists. The work was recorded during a live performance by the Eastman Studio Orchestra under director/conductor Bill Dobbins in spring of 2016. Darrah is from Beverly, Mass.

Rarick was recognized for Outstanding Arrangement for his arrangement of J. Russell Robinson’s Portrait of Jennie, the title song for a movie of the same name. He adapted his winning work from a small-scale arrangement of the song that he wrote as an undergraduate at Elmhurst College. His new arrangement was written for a studio orchestra; the work was performed by the Eastman Studio Orchestra in a concert in March 2016 and featured Christian Crawford on trumpet. Rarick, a second year master’s degree student in jazz writing who is graduating this month, is from Grayslake, Ill.

The Student Music Awards were announced in the June issue of DownBeat, one of the country’s most respected jazz magazines and often called “the bible of jazz.” The issue was mailed April 25 and will be on newsstands on May 16.