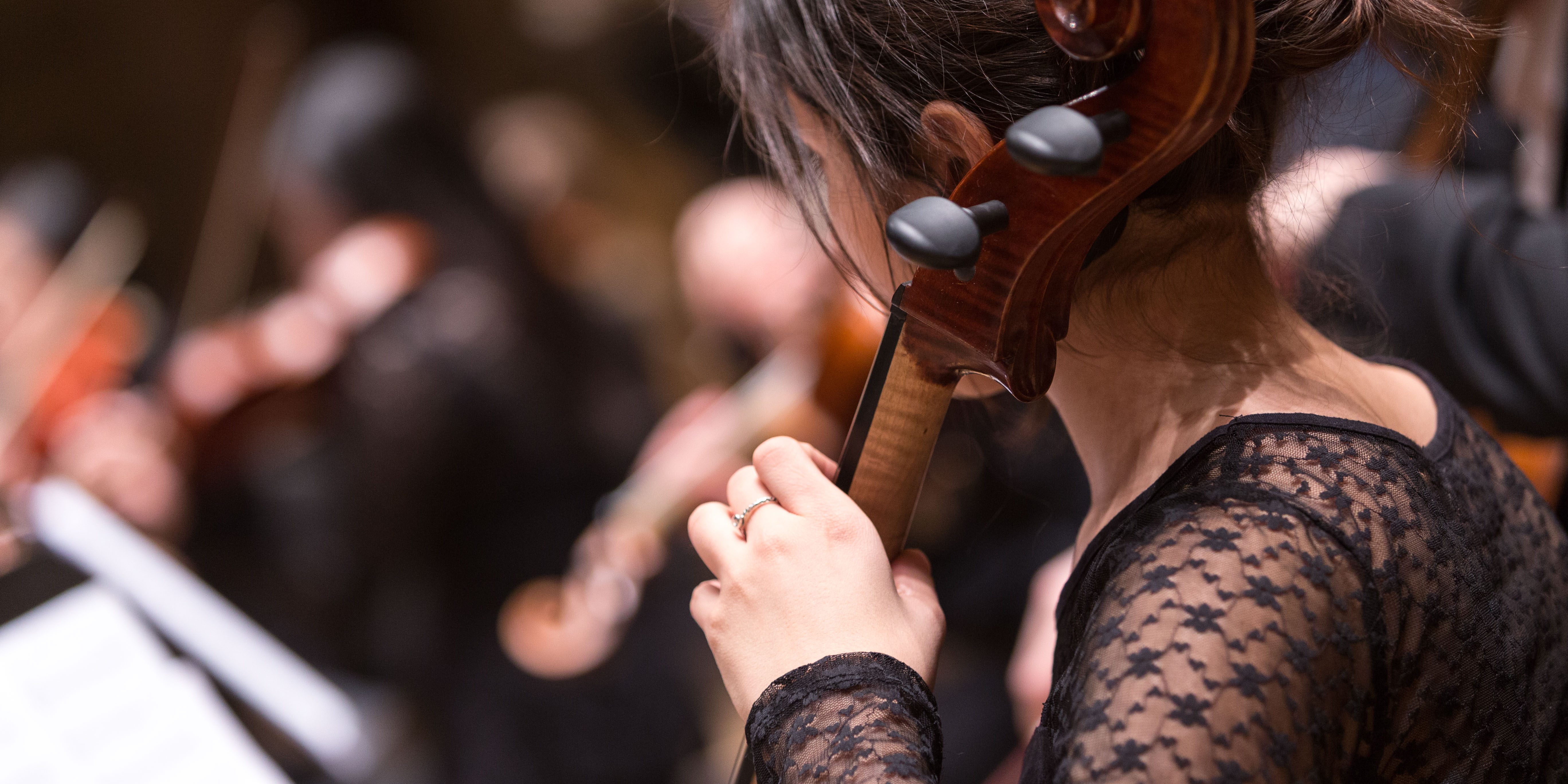 “If Music Be the Food . . .”, the concert series benefiting Rochester’s Foodlink, will conclude its eighth season on Sunday, April 30, at 7:30 p.m. at St. Paul’s Episcopal Church, 25 Westminster Road (at East Avenue) in Rochester.

The concert will open with the Eastman Viola Ensemble performing works of Kenji Bunch and Michael Kimber. Eastman professors Steven Doane and Rosemary Elliot will perform selections for multiple cellos. The concert will conclude with the beloved G Major String Quintet of Johannes Brahms, performed by the Ying Quartet with violist Carol Rodland.

The mission of “If Music Be the Food . . .”  is to increase awareness and support for the hungry in the local community through the sharing of great music. Eastman faculty and students, members of the Rochester Philharmonic Orchestra, other local professional musicians, and distinguished international guests donate their time and talents for these concerts so that all proceeds can go to the hungry via Foodlink. It is a fully volunteer endeavor. No tickets are sold for the concerts; rather, audience members are asked to bring non-perishable food items or monetary donations for Foodlink as the price of admission. “If Music Be the Food . . .” garnered $4,430 and 846 pounds of food for Foodlink in 2016. The first concert of 2017 yielded $1,464 and 362 pounds of food.

“If Music Be the Food . . .” was created in 2009 by Carol Rodland, Professor of Viola and Co-Chair of the String Department at the Eastman School of Music. A passionate and long-time supporter of food banks, Rodland joined the Eastman faculty in 2008. Rochester’s high poverty rate and the accompanying problem of food insecurity for so many of the city’s residents inspired her to create the concert series. Peter DuBois, Director of Music at Third Presbyterian Church, and Robert Poovey, Director of Music at St. Paul’s Episcopal Church, are musical and administrative partners in the series. Further information is available at  www.ifmusicbethefood.com  or by “liking” “If Music Be the Food . . .” on Facebook.

“If Music Be the Food . . .” (IMBTF) Rochester has inspired other prominent musicians in the United States to create initiatives based on this concept in their own communities. Related series include IMBTF Tampa, IMBTF Tucson, IMBTF Dickinson, IMBTF Baltimore, IMBTF Gettysburg, IMBTF Mississippi Gulf Coast, and Kim Kashkashian’s “Music For Food”.

Foodlink is a regional food hub and the Feeding America food bank serving Allegany, Genesee, Livingston, Monroe, Ontario, Orleans, Seneca, Wayne, Wyoming, and Yates counties. Its operations target the root causes of hunger by distributing food to a network of human service agencies, serving meals through its commercial kitchen, and offering more than 30 food-related programs. Foodlink distributes more than 19 million pounds of food annually, including more than 5.7 million pounds of produce. It offers more than 200 nutrition education courses, and creates new access points for healthy foods in underserved communities. Foodlink’s innovative approach directly addresses health disparities related to food insecurity. More information about Foodlink’s mission to end hunger and to leverage the power of food to build a healthier community can be found at www.foodlinkny.org .