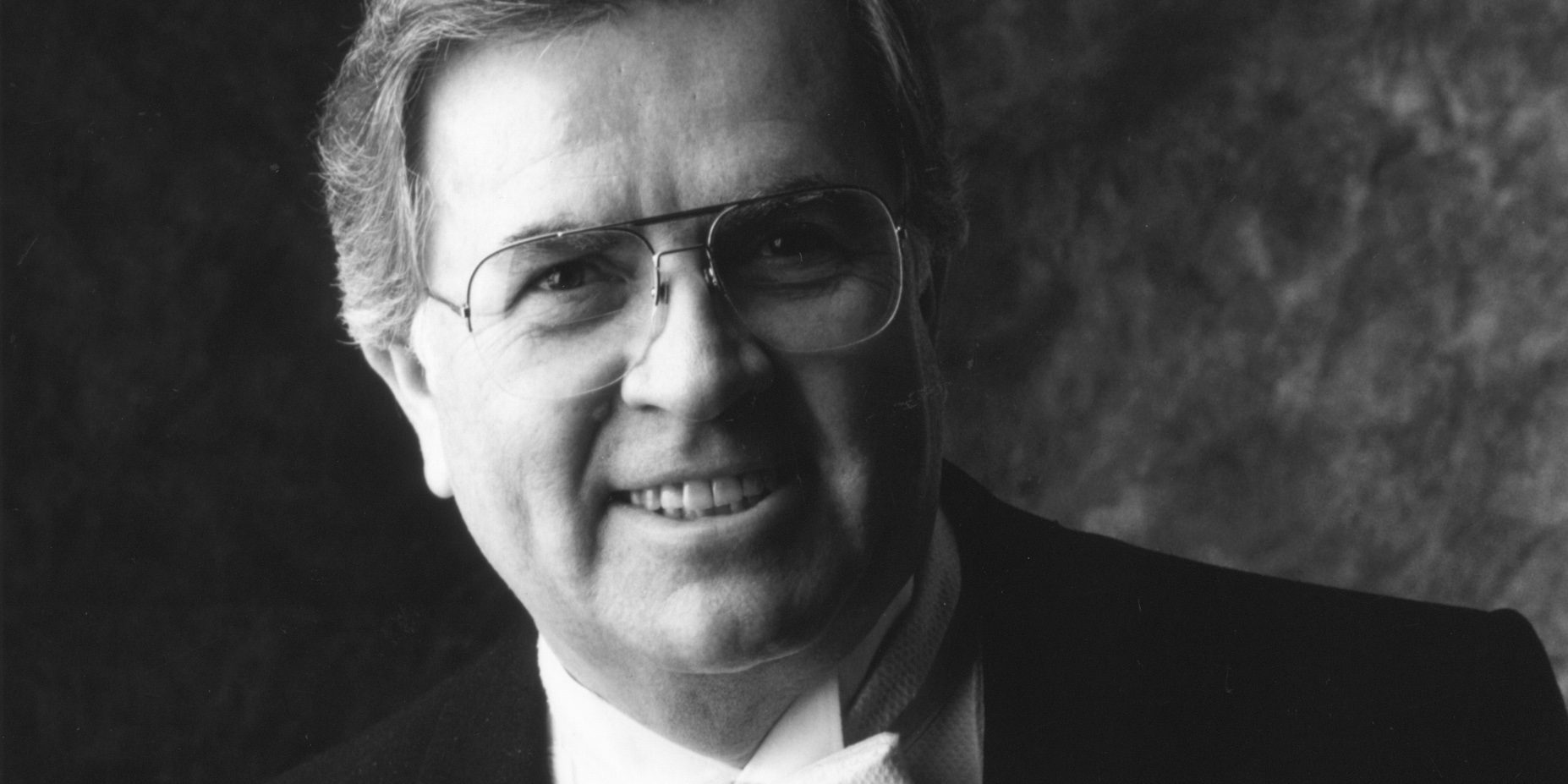 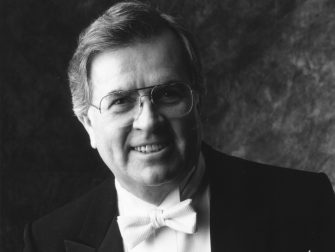 Donald Hunsberger, Professor Emeritus of Conducting and Ensembles at the Eastman School of Music, has received the College Band Directors National Association’s (CBDNA) Lifetime Achievement Award. He is also Conductor Emeritus of the Eastman Wind Ensemble, having served as its music director from 1965 to 2002.

Under Hunsberger’s leadership, the ensemble continued its development as a leader in the recording and creation of numerous new works for the wind band, doing quadraphonic and digital recordings on the Deutsche Grammophon, Phillips, CBS Masterworks (now Sony Classical), Toshiba EMI, Tioch (now KEF), Vox, Centaur, and Desto labels. In 1987, Hunsberger’s scores and recording of Carnaval, featuring Wynton Marsalis with the Eastman Wind Ensemble, were nominated for a Grammy Award for Best Solo Performance with Orchestra. He has also been recognized by the Midwest Band and Orchestra Clinic, the country’s top gathering of wind and string musicians, which awarded him its Medal of Honor.

Hunsberger led the Eastman Wind Ensemble on six tours of Japan and Taiwan between 1990 and 2000, and throughout Japan and Southeast Asia in 1978 for the Kambara Agency and the U.S. State Department.

“Professor Hunsberger’s career is a model of excellence to which all conductors should aspire,” said Patrick Dunnigan, Director of Bands and Professor of Music at Florida State University’s College of Music and Immediate Past President of CBDNA. “Don demonstrated the highest level of artistry across decades of internationally acclaimed performances by the famed Eastman Wind Ensemble. But he didn’t stop there. His scholarly work as an editor of historic music for winds, as well as dozens of published arrangements and transcriptions, demonstrates a commitment to the highest levels of teaching and research. For a career spent engaged in these endeavors, it was an obvious and well-deserved choice for CBDNA to present him with the Lifetime Achievement Award.”

In addition to performing more than 100 premiere performances, Hunsberger has been involved in writing projects including the books The Wind Ensemble and Its Repertoire, The Art of Conducting (with Roy Ernst), The Emory Remington Warmup Studies, and numerous articles published in educational journals. He has been recognized in publications for his innovative scoring techniques for varying instrumentations of the contemporary wind band. His research into the history and development of scoring for wind bands in America has led to numerous articles in WindWorks, a journal for wind conductors, performers and composers and earned him a number of awards, including the Homespun America: The National Association for State and Local Historians award, the Eastman Alumni Teaching Award and Herbert Eisenhart Award, the Florida State University Wiley Housewright Fellowship, the Crystal Award from the Asahi Broadcasting Company, Osaka, Japan, and the Ehud Eziel Award, Jerusalem, Israel.

Hunsberger is a past president of the College Band Directors National Association and has served as a member of the boards of the World Association of Symphonic Bands and Ensembles and the Conductors Guild. In the orchestral world, Hunsberger has created and conducted performances of orchestral accompaniments to more than 18 silent films with 50 orchestras including the National, San Francisco, Houston, Vancouver, Utah, Virginia, San Diego, Syracuse and North Carolina Symphony Orchestras, and the Rochester, Buffalo, and Calgary Philharmonic Orchestras, among others.

The Lifetime Achievement Award was presented at the College Band Directors National Association’s national conference in Kansas City in March.