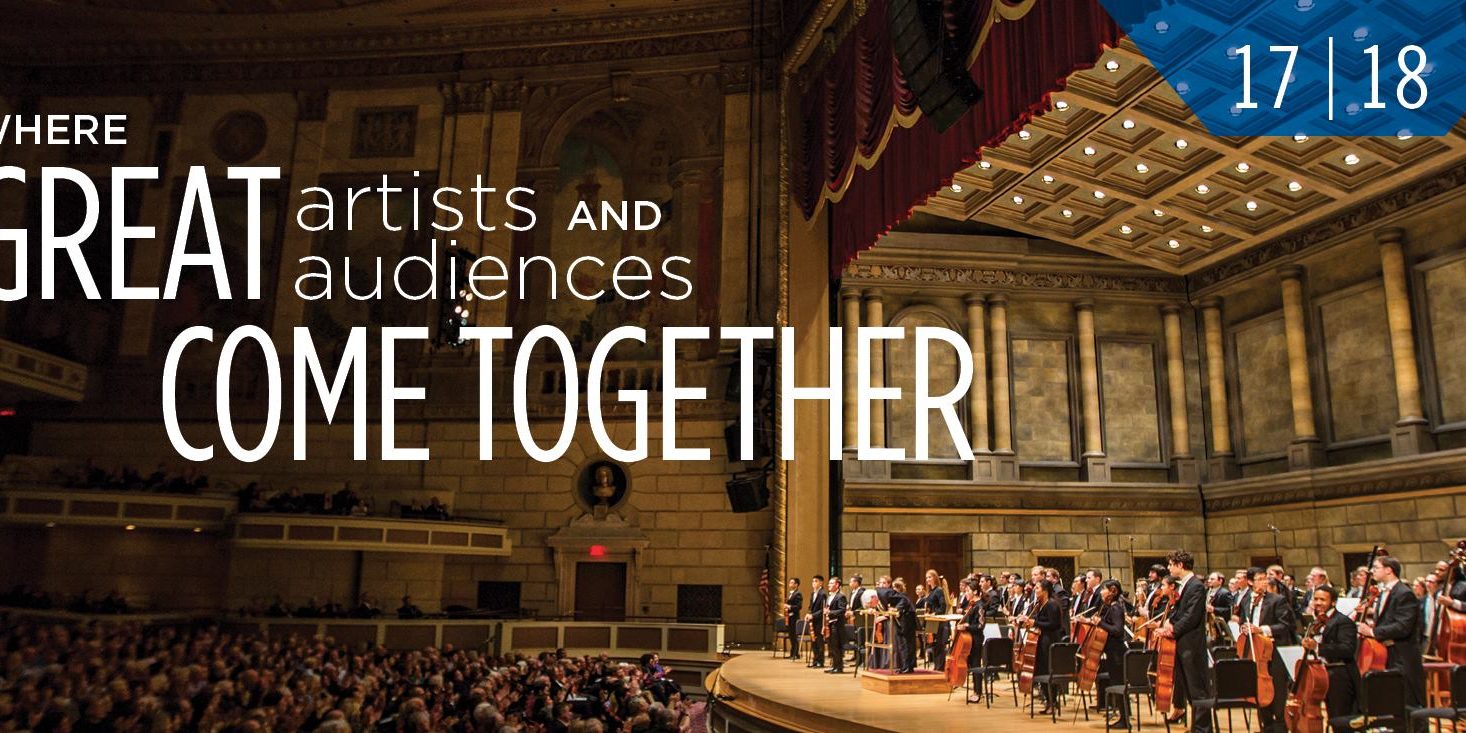 The Eastman School of Music has announced the lineup for the fourth annual Eastman Presents Concert Series. The 2017-2018 season features seven internationally acclaimed, award-winning artists, who will bring their unique performances to Rochester.

“The Eastman Presents Series saw more than 10,000 attendees last year,” said Keith C. Elder, Artistic Director of Concerts at the Eastman School of Music. “With greats such as Steve Gadd and Patti LuPone coming to Kodak Hall this season, we expect even more from across the state to attend and enjoy a once-and-a-lifetime experience with us.”

Season subscriptions for Eastman Presents offer guests a significant discount, and are available for purchase starting today, Thursday, April 20. You can purchase your season subscription online at www.eastmantheatre.org, at the Eastman Theatre Box Office in person at 433 East Main Street, or by calling (585) 274-3000.

Chick Corea and Steve Gadd’s musical partnership is the stuff of legend, but the music is always new. Since Gadd became the very first electric Return to Forever drummer (true story), these two have turned out one game-changing record after another: The Leprechaun, My Spanish Heart, Three Quartets and Friends. Now, co-leading a band for the first time, they pick it up where they left off, this time with young guns filling out the lineup: Lionel Loueke, the Benininan genius on guitar; Steve Wilson, Chick’s Origin protege, on sax and flute; the great Carlitos Del Puerto on bass; and Brazilian master Luisito Quintero on percussion. New studio album on the way, fall 2017. Steve Gadd, is a Rochester native who attended Eastman School of Music. This performance is underwritten by Manning and Napier.

Officially founded in 1585 by Pope Sixtus V, the Accademia Nazionale di Santa Cecilia is one of the oldest musical institutions in the world. Based in Rome, the Orchestra dell’Accademia Nazionale di Santa Cecilia was established in 1908, becoming the first Italian orchestra to devote itself to the symphonic repertoire, premiering major masterpieces of the 20th century, including Respighi’s “symphonic poems,” Fountains of Rome and Pines of Rome.

The program will include: Verdi’s “Aida” Sinfonia, Prokofiev‘s Piano Concerto No. 3, and Respighi’s  Fountains of Rome and Pines of Rome. The featured pianist is prodigy Beatrice Rana; this performance is also part of the Fernando Laires Piano Series.

The Orchestra dell’Accademia Nazionale di Santa Cecilia performs under the musical direction of Sir Antonio Pappano, one of today’s most sought-after conductors, acclaimed for his charismatic leadership and inspirational performances in both symphonic and operatic repertoire.

Three-time Grammy Award-winning violinist Mark O’Connor is known for his multifaceted, multi-genre career which has birthed a new American Classical music, and a vision of an entirely American school of string playing. O’Connor’s original musical compositions have gained him worldwide recognition for their critical and commercial successes. His four concertos have been performed and recorded with the London Philharmonic Orchestra and the Chicago Symphony.

Three decades ago, a group of London musicians took a good look at that curious institution we call the orchestra and decided to start again from scratch. They began by throwing out the rulebook. Put a single conductor in charge? No way. Specialize in repertoire of a particular era? Too restricting. Perfect a work and then move on? Too lazy. The Orchestra of the Age of Enlightenment was born.

Since then, the OAE has shocked, changed, and mesmerized the music world. Residencies at the Southbank Centre and Glyndebourne haven’t numbed its experimentalist bent. Record deals haven’t ironed out its quirks. Period-specific instruments have become just one element of its quest for authenticity. Today the OAE is cherished more than ever. It still pushes for change, and still stands for excellence, diversity and exploration. And almost three decades on, there’s still no orchestra in the world quite like it.

This concert will celebrate the 100th anniversary of Marian’s birthday as well as the rich legacy Marian created both in Rochester and around the world. The Marian McPartland Centennial Celebration will be an energetic evening of show stopping jazz. Stay tuned for announcements about special guest artists.

The Argentine based company, Che Malambo, excites audiences through precise footwork and rhythmic stomping, drumming of the bombos, and singing and whirling boleadoras (lassos with stones on the end). Presenting a thrilling, percussive dance and music spectacle, the company’s work celebrates the unique South American cowboy tradition of the gaucho.

This powerhouse all-male company of 14 gauchos is directed by French choreographer and former ballet dancer, Gilles Brinas. Che Malambo brings fiery Malambo traditions and virtuosic dancing to the contemporary stage for an exhilarating and entertaining show that is perfect for the entire family. Danced solely by men, the Malambo began in the 17th century as competitive duels that would challenge skills of agility, strength, and dexterity. Zapeteo, their fast-paced footwork, is inspired by the rhythm of galloping horses in their native Argentina.

“The men dance with a power and passion that builds into a kind of ecstasy, after teasing us with their fierce solemnity.” (Boston Globe)

Singer and actress Patti LuPone’s storied career in Broadway and Hollywood has spanned over four decades. A fireball of talent and a musical force to be reckoned with, Patti LuPone is one of the greatest performers in modern musical theater.

Since establishing herself with a Tony Award-winning performance as Andrew Lloyd Webber’s Evita, she has impressed audiences and critics alike in Les Miserables, Sunset Boulevard, Sweeney Todd and Gypsy (for which she won another Tony Award in 2008).

In “Don’t Monkey with Broadway,” two-time Tony Award winner Patti LuPone explores—through indelible interpretations of classic Broadway show tunes—how her lifelong love affair with Broadway began, and her concern for what the Great White Way is becoming today. This concert is sponsored by Dr. Eva Pressman and Dr. Seth Zeidman.

Critical acclaim: “Patti LuPone imparts the aura of a New York class act. Her songs are propelled by emotional purpose, intensity, both ardent and burning, and enormous comic flair.” (New York Times). “This show is about as close to perfection as you’re likely to get.” (Philadelphia Inquirer). “To prove that sophisticated theatre is still alive and well, along comes Patti LuPone. She leaves you in no doubt that she is a star.” (London Sunday Telegraph).

The Eastman Presents concert series was launched in the 2014-2015 season at the Eastman School of Music. The series features international artists from a variety of genres at Kodak Hall at Eastman Theatre in Rochester, New York. In its fourth year, the 2017-2018 season offers another exciting lineup of world-renowned performers.