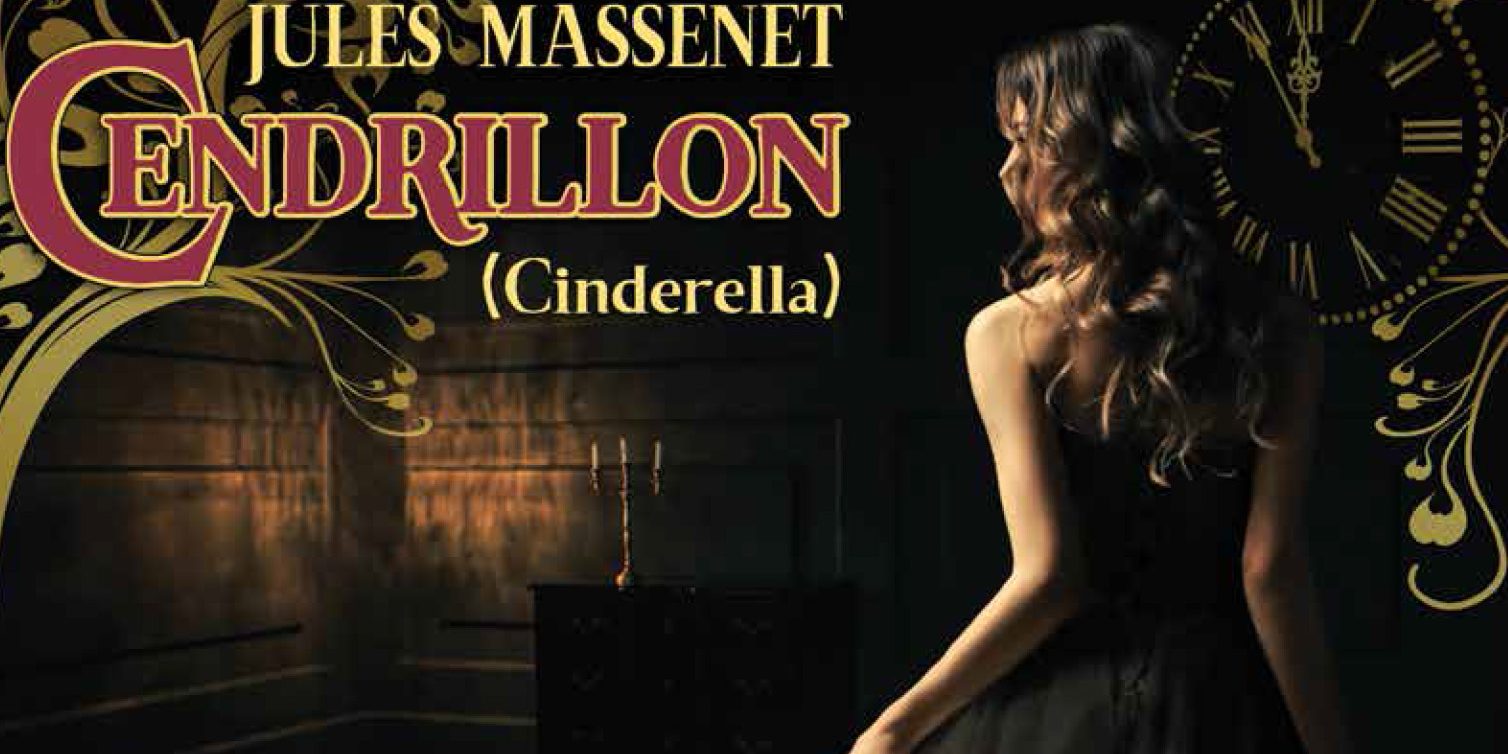 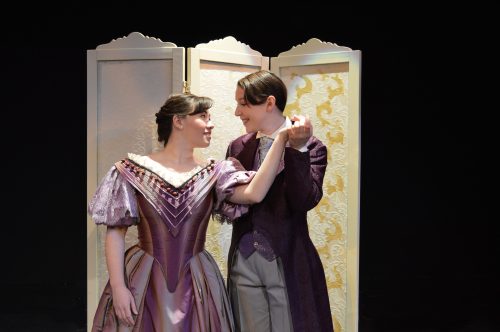 Variations of the Cinderella fairy tale —a poorly treated heroine or protagonist finds happiness in the end—exist around the world and in many forms, from books, ballet, and opera to the movies. Jules Massenet brought French wit, style, and charm to his operatic treatment of the well-known story, and Eastman Opera Theatre will present the composer’s Cendrillon Thursday, April 6, through Sunday, April 9.

In Massenet’s version, the death of her mother impacts Cinderella much more and her father plays a bigger role than in the familiar Disney animated film. From the opening scenes, Pandolfe laments his remarriage and its effects on his daughter. He attends the King’s Ball with his wife and stepdaughters, while Cinderella falls asleep alone at home. Awoken by a fairy godmother who dresses her in fine clothes, the young girl heads for the palace, where she meets the prince and they pledge their love. Warned to return at midnight, Cinderella flees as the clock starts striking and loses her slipper.

At home, the stepmother and her daughters rail about the evening’s events and turn on Pandolfe, upsetting Cinderella. He comforts his daughter, admitting he hadn’t considered the consequences of his remarriage on their lives. Cinderella leaves the house to spare her father further pain, taking refuge under an oak during a fierce storm. There, the prince discovers her and the two fall asleep. Regaining consciousness at home, Cinderella is told by her father that she’s been deliriously talking about the prince and he convinces her she’s been dreaming. When all are summoned to the King’s Palace, Cinderella realizes her dream was true. The Prince recognizes her and the lovers are reunited to the approval of everyone, including the stepmother.

“In Massenet’s Cendrillon, we see the Cinderella story reimagined through a daughter’s grief,” said Eastman School of Music Professor of Opera Steven Daigle, who directs the Eastman Opera Theatre production. “When the opera starts, Cinderella has just come out of mourning for her mother. In addition to losing her mother, she has lost her home and her place in the family when her father remarried and moved everyone closer to Court. But, as in all the Cinderella stories, she remains beautiful, sweet, and kind despite the harsh treatment at the hands of her stepmother and stepsisters, and is rewarded.”

Daigle has set the opera in the same late Victorian time period in which it was written, drawing on Art Nouveau elements for costumes and set design that reflect the themes. A white orb serves both as the moon and the pocket watch that counts down Cinderella’s time at the ball. The stylized oak tree, which looks as if it’s dying in Cinderella’s current life, is also shown to have served earlier as shady protection to a loving mother reading to her child.

Massenet’s sparkling and accessible music ranges from the Baroque sounds of the French court for the ball to late 19th century impressionism reflecting the fairy godmother’s magical world and the lovers’ nighttime encounter during the storm. Vocal performances range from full choruses to exquisite duets, matched by full orchestra or instrumental trios such as flute, viola, and harp. The two-and-a-half-hour production features a cast of 40 and will be sung in French with English supertitles. Music Director for Cendrillon is Distinguished Professor of Voice Benton Hess.

Cendrillon will be presented in Kodak Hall in Eastman Theatre at 7:30 p.m. on Thursday, April 6, Friday, April 7, and Saturday, April 8; with a 2 p.m. matinee on Sunday, April 9.  Pre-performance lectures will be given one hour before the Friday, Saturday, and Sunday performances in the Ray Wright Room (Room 120) of the Eastman School of Music.

Tickets range from $25 to $35 for the general public, with discounts for student and UR ID. They are available at the Eastman Theatre Box Office, 433 East Main St.; by phone at (585) 274-3000; or online at EastmanTheatre.org