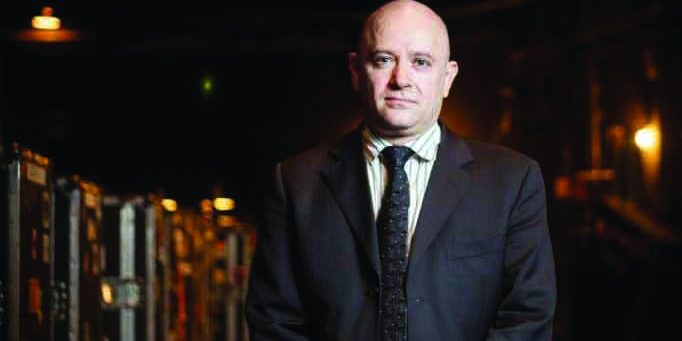 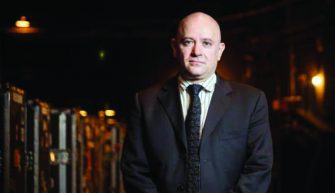 Mexican composer and conductor Juan Trigos, creator of the concept of “Abstract Folklore” music, will be in residence at the Eastman School of Music Sunday, April 2, to Saturday, April 8, as Howard Hanson Visiting Professor. His work, including the world premiere of a new composition, will be featured in two recitals. Trigos also will conduct rehearsals and a concert, lead a master class, give composition lessons, and speak at a symposium.

On Wednesday, April 5, Eastman alumnus Dieter Hennings will perform a recital dedicated to Trigos’s music for the guitar at 8 p.m. in the school’s Hatch Recital Hall. The program will include the composer’s recent Partita and Twelve Variations and Fugue on the “Folia de España”, both of which were written for Hennings.

On Friday, April 7, Italian soprano Daniela D’Ingiullo will join the Eastman BroadBand ensemble in a program of Trigos’s chamber works featuring the world premiere of String Quartet no. 2 (with voice), a work dedicated to D’Ingiullo. The program, at 8 p.m. in Hatch Recital Hall, also includes Concerto para Cuarteto de Cuerdas, the composer’s Clarinet Concerto, and his Sonata for Violin and Piano.

Both recitals are free and open to the public, as is Trigos’s presentation at Eastman’s Composition Symposium at 3:35 p.m. Tuesday, April 4, in Room 209 in the School’s main building.

In his 20 years of teaching, Trigos has organized workshops for students of different levels of study and cultural backgrounds in Europe, the United States, Canada, and Central America.  He has lectured and conducted composition seminars, master classes, and symposiums at such institutions as the University of Costa Rica, University of Cincinnati, Rotterdam Conservatory of Music, Conservatoir de Musique de Montreal, the Conservatorio F.A. Bonporti of Riva del Garda in Italy, and others.

Trigos is Associate Composer of the Canadian Music Centre and a member of Sistema Nacional de Creadores de Arte and of The American Society of Composers, Authors and Publishers (ASCAP).

“We are proud to have one of Mexico’s most powerful compositional voices at Eastman. Juan Trigos’s music is unique, ambitious, and representative of a truly syncretic style that combines seamlessly European and American traditions,” said Carlos Sanchez-Gutierrez, professor and chair of the Composition Department.  “Juan is also a gifted pedagogue and an overall inspiring presence, combining professional energy, artistic rigor, exuberant imagination, and a great sense of humor! Our students will undoubtedly benefit from their interaction with Juan, and Rochester’s audiences will be seduced by the exciting quality of his music.”

Guitarist Hennings, who received his master’s and doctoral degrees at Eastman, is assistant professor of music at the University of Kentucky and curates the UK International Guitar Series. His music performances span genres from early to new music. The winner of several prestigious competitions, including the Aaron Brock International Guitar and the Villa de Petrer, Alicante (Spain) International competitions, he has been a soloist with Canada’s New Music Concerts Ensemble, Orchestra of Lecce Italy, the Riverside Symphony of New York City, and the Guanajuato and Monterrey Symphony Orchestras.  He is a resident artist at the East Coast Composers Ensemble and the Eastman Broadband Ensemble, with whom he maintains an active performing schedule.

D’Inguillo maintains an international performance schedule, appearing in various theaters and festivals in Europe, the United States, Mexico, and Costa Rica.  She has specialized in both Baroque and 20th- and 21st-century music, especially in Trigos’s vocal music, performing his Cantatas Numbers 2 and 3, his Symphony No. 4 Nezahualcoyotl Icuicahuan (“Nezahualcoyotl Chants”) for soprano and orchestra, his opera DeCachetitoRaspado, and other works. Among other contemporary compositions she has performed is Comala, the scenic cantata that earned Eastman Professor of Composition Ricardo Zohn-Muldoon designation as a Pulitzer Prize in Music finalist.