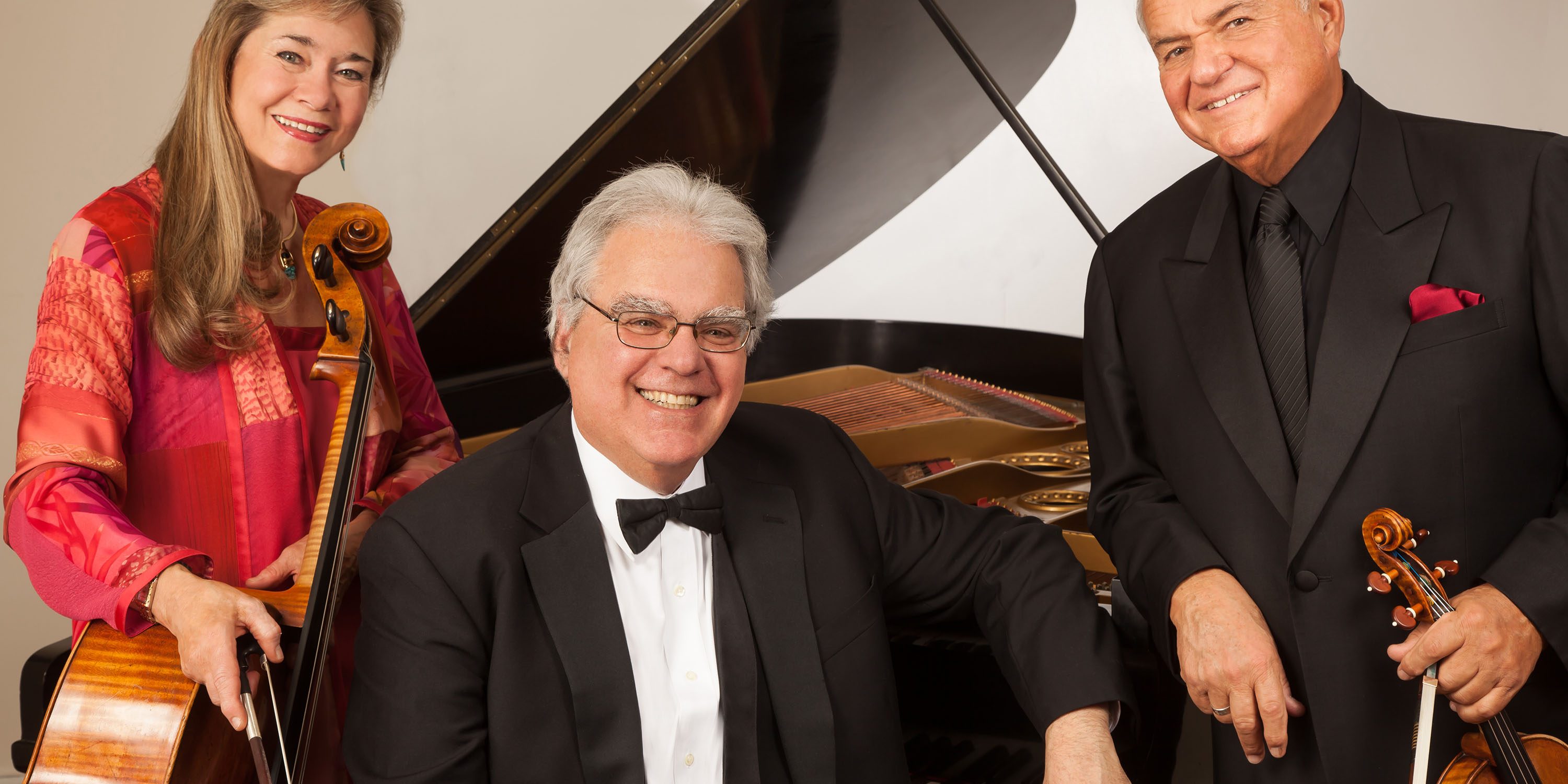 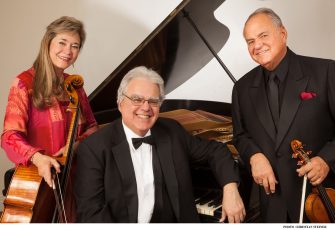 The Kalichstein-Laredo-Robinson Trio, which after four decades of success around the world has set the standard for piano trio performance, will be in residence at the Eastman School of Music on Monday, April 17, and Tuesday, April 18.

The renowned trio, which is celebrating its 40th anniversary year during the 2016-2017 season, is this year’s guest artist for the Dr. James E. Clark Chamber Music Residency at Eastman.  While at the school, the ensemble will give a public performance followed by an audience question-and-answer session and will hold three public master classes. In addition, the trio members will have private coaching sessions with nine student ensembles.

“Having the Kalichstein-Laredo-Robinson Trio here to interact with and inspire our students will be a transformative experience,” said Chamber Music Department Chair Elinor Freer. “We’re incredibly thrilled to welcome them to Eastman and grateful to Dr. Clark for making this interaction possible.”

Described by the Washington Post in 2014 as “the greatest piano trio on the face of the earth,” the Kalichstein-Laredo-Robinson (KLR) Trio is praised for its balanced and rich sonorities, impeccable timing, and adventurous musical spirit. The trio has toured throughout Asia, the South Pacific, North and South America, and Europe. While recording most of the great repertoire for piano trio, they have inspired chamber works by Leon Kirchner, André Previn, Arvo Pärt, Joan Tower, and other composers. The KLR Trio has coached ensembles around the world, helping launch the Claremont Trio, the Trio Con Brio Copenhagen, the Atos Trio, and the Morgenstern Trio.

Among the highlights of the Trio’s long and distinguished career are their 1983 performances with The Guarneri Quartet of Brahms’s complete chamber music works for piano and strings; their U.S. tours with the Emerson and Miami String Quartets; and their numerous collaborations with Pinchas Zukerman, Ricardo  Morales, David Jolley, Michael Tree, and other musicians.

The Dr. James E. Clark Chamber Music Residency was established in 2014 by Dr. Clark to provide Eastman students with intense, up-close exposure to both the performance and teaching of world-renowned ensembles. Dr. Clark’s daughter Jamie, who received her bachelor’s degree at Eastman in 2012, was an enthusiastic participant in the school’s chamber music program. The first residency in 2015 brought the Juilliard Quartet to Eastman for two days of private coaching as well as a public master class and performance. Guest artists for the second year of the residency were the Brentano Quartet from Yale.