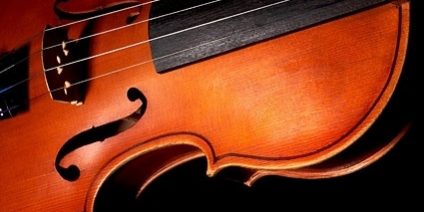 A benefit recital for Eastman School of Music’s Renée Fleming Endowed Scholarship Fund will feature the school’s alumni and current students and a guest artist, who will join the retired director of the University of Rochester’s Wilmot Cancer Center in a New York City performance that also marks the active octogenarian’s birthday.

George Abraham, whose piano studies starting at age 5 were interrupted by his 1963 graduation from medical school and subsequent career, has produced and sponsored a recital series at Carnegie’s Weill Recital Hall under the auspices of the George D. and Freida B. Abraham Foundation since fall 2013. Performances have featured Eastman students, alumni, and faculty members, and have raised funds for the Eastman School and its programs.

“As I approached by 80th birthday, which was last October, I thought, ‘What better way to celebrate than with valued friends and musical colleagues?’” said Abraham. So for the next event on Thursday, March 23, Abraham has brought together artists to participate in “Celebrate 88: George Abraham & Friends in Recital.” They’ll perform classics and new works, including the world premiere of Wen Ha Ha, Wu Ha Ha: Expression of the Northeast, by renowned Chinese composer Jiang Wan Tong. The recital also features the New York City premieres of Caliban in Afterlife for Soprano, Piano and Violin by composer Gregory W. Brown, and Marcel Tyberg’s Legende for piano.

Mary Hubbell, described in the New York Times as “a soprano with a sweetly focused tone,” will sing the New York City premiere of Caliban. Hubbell has performed in The Netherlands and United States in a wide range of styles, from early to modern music. She will be accompanied by Eastman alumnus Cahill Smith, who serves on the piano faculty at Lee University and has given major recitals in the United States and abroad, and Eastman master’s degree student Ji-Yeon Lee, who most recently was awarded the title of laureate of the Second Oleh Krysa International Violin Competition in Lviv, Ukraine.

Eastman alumna Liu Liu, an award-winning Chinese pianist who is Associate Professor in the School of the Arts of RenMin University in Beijing, China, will perform the world premiere of Wen Ha Ha, Wu Ha Ha. Also performing in the “Celebrate 88” recital is cellist Lucas Button, a master’s degree student at Eastman who has performed as soloist with the Syracuse, Catskill, and Schenectady Symphonies and with the Interlochen Arts Academy Orchestra.

As a child, Abraham had studied piano in his hometown of Geneva, N.Y., with Charlotte Morse Bullock of the Syracuse University faculty.  During college and medical school, he studied privately with José Enchaniz at the Eastman School of Music. He directed the University’s cancer center until 2001, when it was rapidly growing. The Center was rechristened as the James P. Wilmot Cancer Center in 2000. Abraham, who has appointments as Professor Emeritus in several University of Rochester Medical Center departments, returned to the keyboard after 42 years working in medicine and research.

Abraham has appeared in several benefit recitals that have included celebrating the Wilmot Cancer Center expansion project in 2012 and in recitals to benefit the historic Smith Opera House in Geneva, N.Y.  Abraham is a current member of the National Advisory Council of the Eastman School of Music.

“Celebrate 88: George Abraham & Friends in Recital” is a benefit for The Renée Fleming Endowed Scholarship Fund at the Eastman School of Music. Tickets are $50; a discounted price of $25 for students, seniors, and University of Rochester faculty and staff is available at the Carnegie Hall box office only.

Tickets: $50. Discounts for students, seniors, and University of Rochester faculty and staff are available at the box office only, located at 57th Street and Seventh Avenue, Monday through Saturday, 11 a.m. to 6 p.m., and Sunday, Noon to 6 p.m.  By telephone: CarnegieCharge at 212-247-7800.  Online at: https://www.carnegiehall.org/Calendar/2017/3/23/0800/PM/Celebrate-88-George-Abraham-Friends-in-Recital/