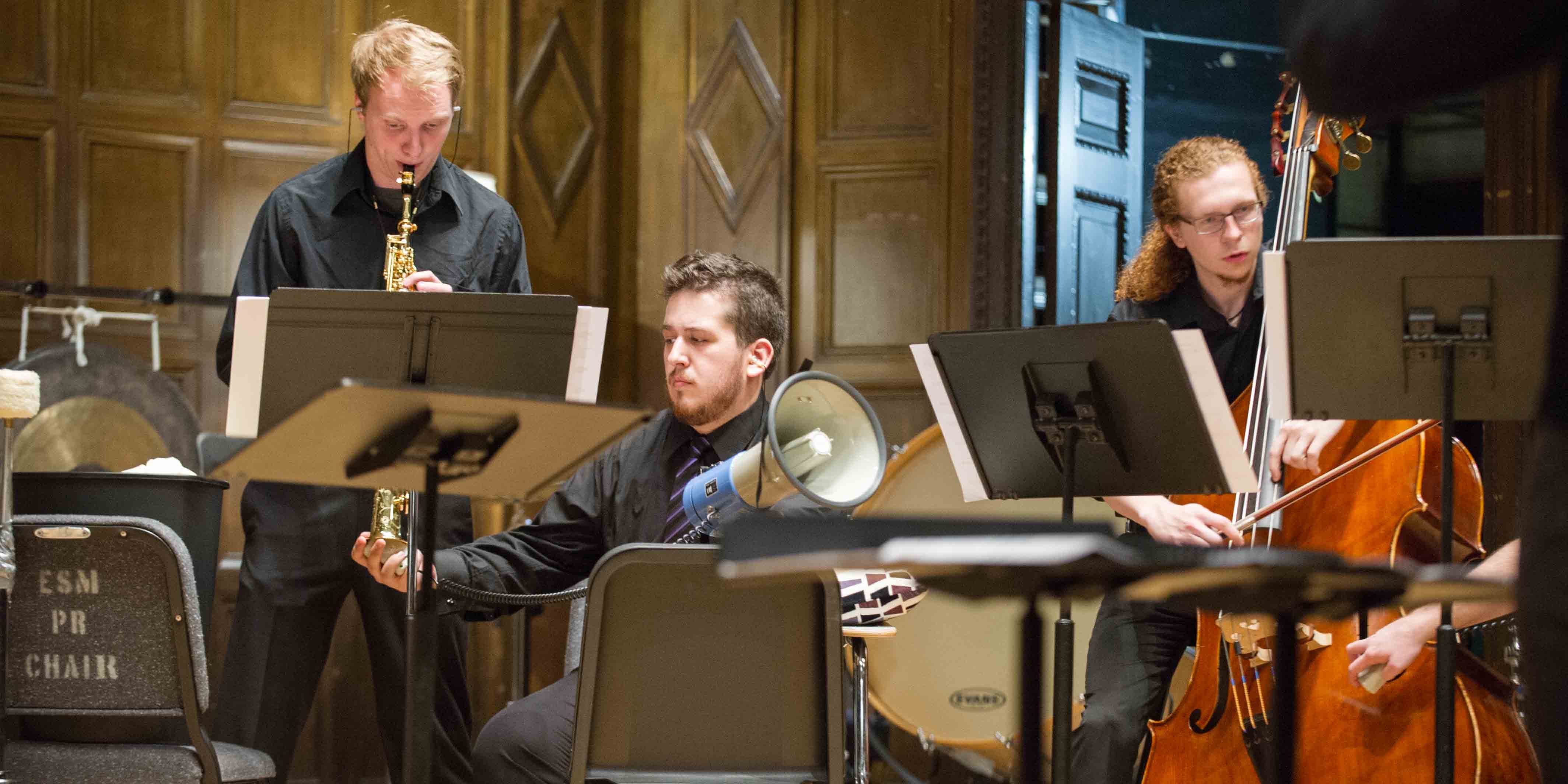 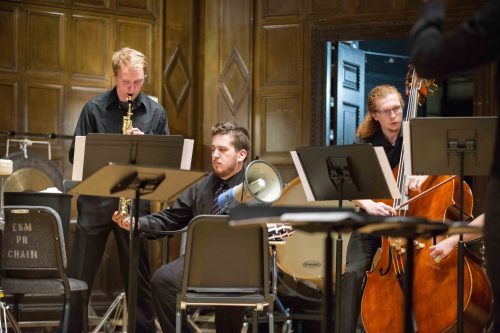 Deemed “superheroes of the new music world” (Boston Globe), the JACK Quartet is “the go-to quartet for contemporary music, tying impeccable musicianship to intellectual ferocity and a take-no-prisoners sense of commitment.” (Washington Post) “They are a musical vehicle of choice to the next great composers who walk among us.” (Toronto Star)

OSSIA New Music is a student-run contemporary music collective that produces a complete season of concerts at Eastman each academic year. It was founded in 1997 by a group of student performers and composers interested in finding continued outlets for new music performance at the school. Many of its former members have gone on to have successful careers performing new music with groups such as JACK Quartet, Ensemble Signal, and Alarm Will Sound.

Musica Nova, directed by Brad Lubman, gives several concerts of up-to-the-minute contemporary music and 20th- and 21st-century classics each year, often with the composers present. The ensemble consistently performs a diverse variety of music by the greatest composers of our time, including Reich, Boulez, Adams, Ligeti, Birtwistle, Rihm, and Haas, in addition to some of the classic works of early 20th century literature by Schoenberg, Webern, and Varèse.

In addition to their performance with OSSIA New Music and Musica Nova, JACK Quartet will also present a talk for students, hosted by the Composition and Chamber Music departments, discussing careers in new music, specifically regarding collaboration with composers.