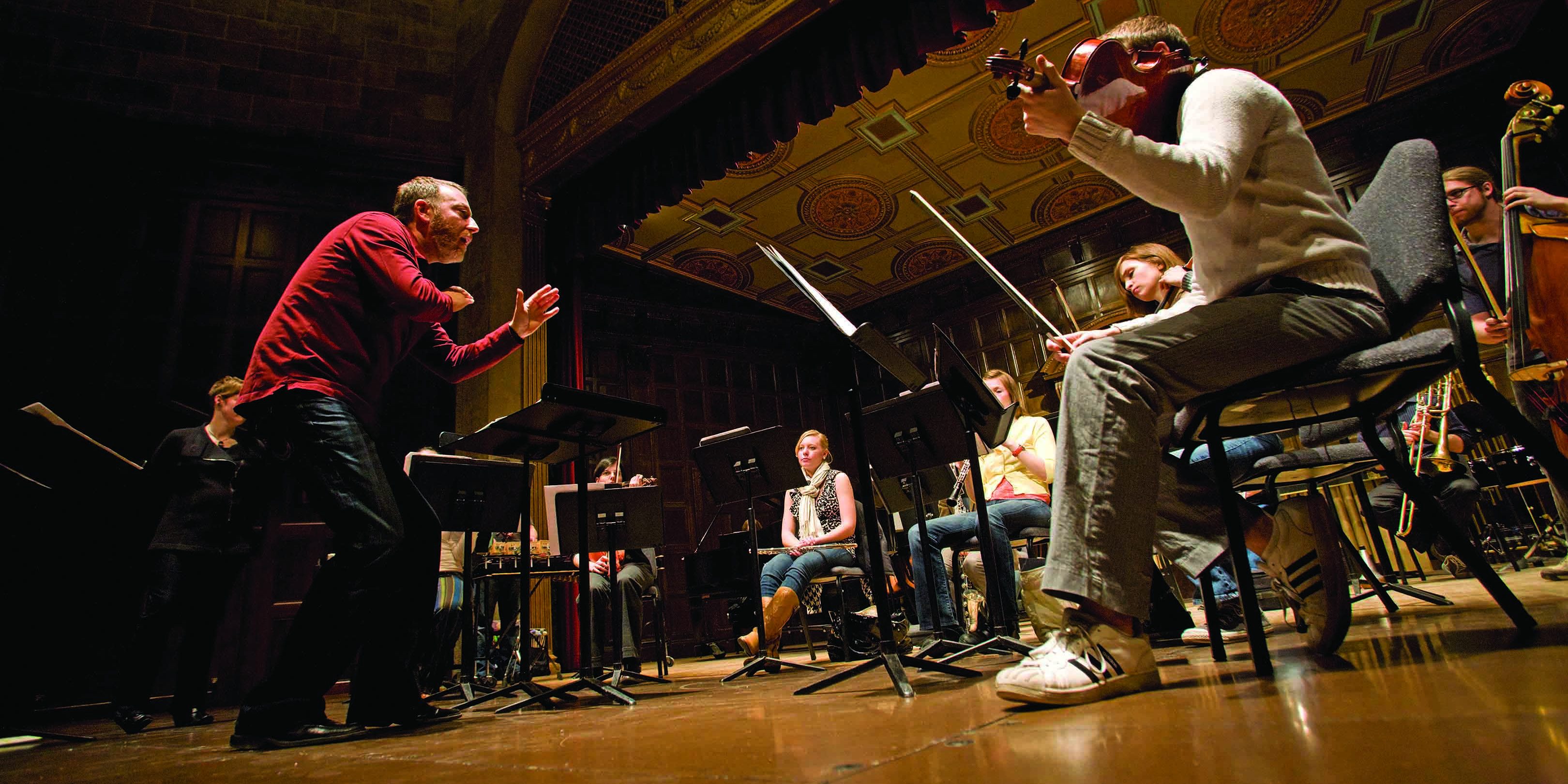 Violinist Irvine Arditti, lauded for his charismatic artistry and for his championship of new music, will join the Eastman School of Music’s Musica Nova for the ensemble’s concert at 8 p.m. Wednesday, March 8, in Kilbourn Hall. Arditti will perform on Brian Ferneyhough’s Terrain in a program that includes Hans Abrahamsen’s Winternacht and Helmut Lachenmann’s Mouvement. 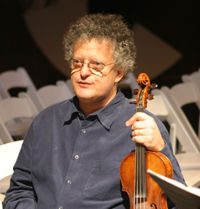 The legendary first violinist of the Arditti Quartet, Arditti has also built a wide-ranging solo career encompassing acclaimed orchestral and ensemble appearances, recitals, performances of world premieres, and a multitude of recordings. He has given the world premieres of numerous large-scale works especially written for him, including Xenakis’ Dox Orkh, Hosokawa’s Landscape III, Ferneyhough’s Terrain, Francesconi’s Ritie Neurali, Dillon’s Vernal Showers, Harvey’s Scena, and others.

Arditti joined the London Symphony Orchestra in 1976 and two years later, at the age of 25, became its co-concertmaster. He left the orchestra in 1980 to devote more time to the Arditti Quartet, which he had formed while still a student.

As well as having recorded more than 190 CDs with the Arditti Quartet, Arditti has built an impressive catalogue of solo recordings. His CD of solo violin works by composers such as Carter, Estrada, Ferneyhou, and Donatoni, as well as his recording of Non’s La Lontananza, have been awarded numerous prizes. He recorded the complete Cage violin music series. He and composer Robert Platz are the co-authors of the book The Techniques of Violin Playing.

While at Eastman, Arditti will also hold a master class with violin students and a workshop with student composers, and participate in a discussion with Musica Nova Director Brad Lubman.

The Eastman Musica Nova Ensemble has been under the direction of Brad Lubman since 1997. Current assistant conductors are Edo Frankel, Mark Powell, and Vicky Shin. The ensemble consistently performs a diverse variety of music by the greatest composers of our time, including Reich, Boulez, Adams, Ligeti, Birtwistle, Rihm, and Haas, in addition to some of the classic works of early 20th century literature by Schoenberg, Webern, and Varese. Former students from Musica Nova have gone on to become members of some of the most important professional ensembles, like the JACK Quartet, Alarm Will Sound, the MIVOS Quartet, and Ensemble Signal.