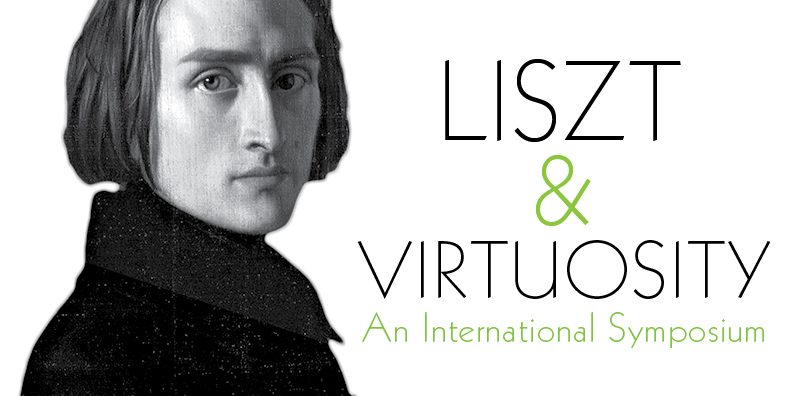 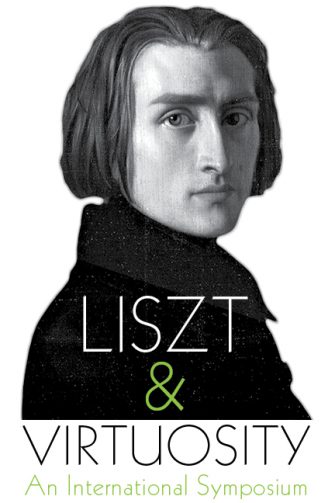 In the 19th century, Franz Liszt was a “rock star.”  Composer, arranger, transcriber, promoter, author, pianist who drove female audience members into a frenzy—“Lisztomania,” it was called by German poet Heinrich Heine—the artist revolutionized performance with his virtuosity.

Generally considered the greatest pianist who ever lived, Liszt is the subject of a three-day event at the University of Rochester and its Eastman School of Music next month. While scholars and academics from around the world examine his legacy amid burgeoning virtuosity studies, some of Eastman’s most distinguished and award-winning piano students will show their own virtuosity performing an all-Liszt recital.

“Liszt and Virtuosity – An International Symposium,” taking place from Thursday, March 2, through Saturday, March 4, features 11 of the world’s most prominent Liszt scholars, including keynote speaker Alan Walker of McMaster University in Canada. Walker is the author of a monumental award-winning three-volume biography that is considered the definitive work on the Hungarian composer.

The symposium includes presentations on topics ranging from “Liszt and 19th-Century Pianos” to his early techniques, his compositions, his teaching, and his improvisational practices. In addition to the recital by Eastman students at 8 p.m. Friday, March 3, the program features a modern world premiere performance of an unpublished two-piano version of Hexameron, a collective work organized and supplemented by Liszt that featured variations by several  prominent pianist-composers of the day (including Chopin), at 10:35 a.m. Friday, March 3, by Kenneth Hamilton of Cardiff University and London-based concert pianist Olivia Sham. All Friday and Saturday events take place in Hatch Recital Hall at the Eastman School of Music. All symposium events, including musical performances, are free and open to the public. More information on the symposium, which is part of the University of Rochester’s Humanities Project initiative, can be found online. The full schedule of paper sessions and performances is available here.

As a composer, Liszt pushed the boundaries of what was technically possible on the piano as the instrument was evolving into its modern form. He created new sonorities and dazzling effects with virtuoso passages that he himself performed not only with technical prowess but with exoticism and charisma.  Women swooned at the sheer force of his musical personality, tore bits of his clothing, and fought over locks of his hair.

Liszt left an oeuvre of some 1,400 works when he died in 1886.  He created the symphonic poem and wrote instrumental music, piano works, and sacred choral music. His influence can be heard in the works of fellow Hungarian composers Bela Bartok and Zoltan Kodaly as well as in the piano concertos of Grieg, Saint-Saens, Tchaikovsky, and Rachmaninoff.

The cultural impact of “Lisztomania” continues to be seen in more recent times, in Ken Russell’s eponymous 1975 film, starring Roger Daltrey of The Who, and in a song of that name on the French band Phoenix’s Grammy Award-winning album Wolfgang Amadeus Phoenix.

The Rochester conference will explore the many facets of Liszt’s creative genius. “In Liszt’s hands, virtuosity is a highly complex and musically potent phenomenon that is irreducible to the simple showmanship that has often unjustly marred Liszt’s reputation as a composer,” said Robert Doran, Associate Professor of French and Comparative Literature at the University of Rochester, who is the principal organizer of the conference, along with Jonathan Dunsby, Professor of Music Theory at Eastman, and Ralph Locke, Professor Emeritus of Musicology at Eastman. “We will look at the legacy of his virtuosity at the intersection of musicology, music theory, music analysis, biography, performance studies, and cultural history.”

The Liszt works that will be performed by Eastman School of Music piano students Jenny Chen, Lorenzo Medel, Yang Li, Qing Zhao, Alexander Lo, Jee-Hae Ahn, and Songuan Tang on March 3 include three of his Transcendental Études, three of his Paganini Études, “Mephisto Waltz No. 1,” and  “Réminiscences de Norma,” based on themes in Bellini’s opera. Jenny Chen was the winner of the Henk de By Prize in the 9th International Franz Liszt Competition in The Netherlands in 2011.

The Hexameron, which will be performed earlier that day, consists of six variations (each by a different composer) on a march from Bellini’s opera I puritani, with introduction, interludes, and finale by Liszt.