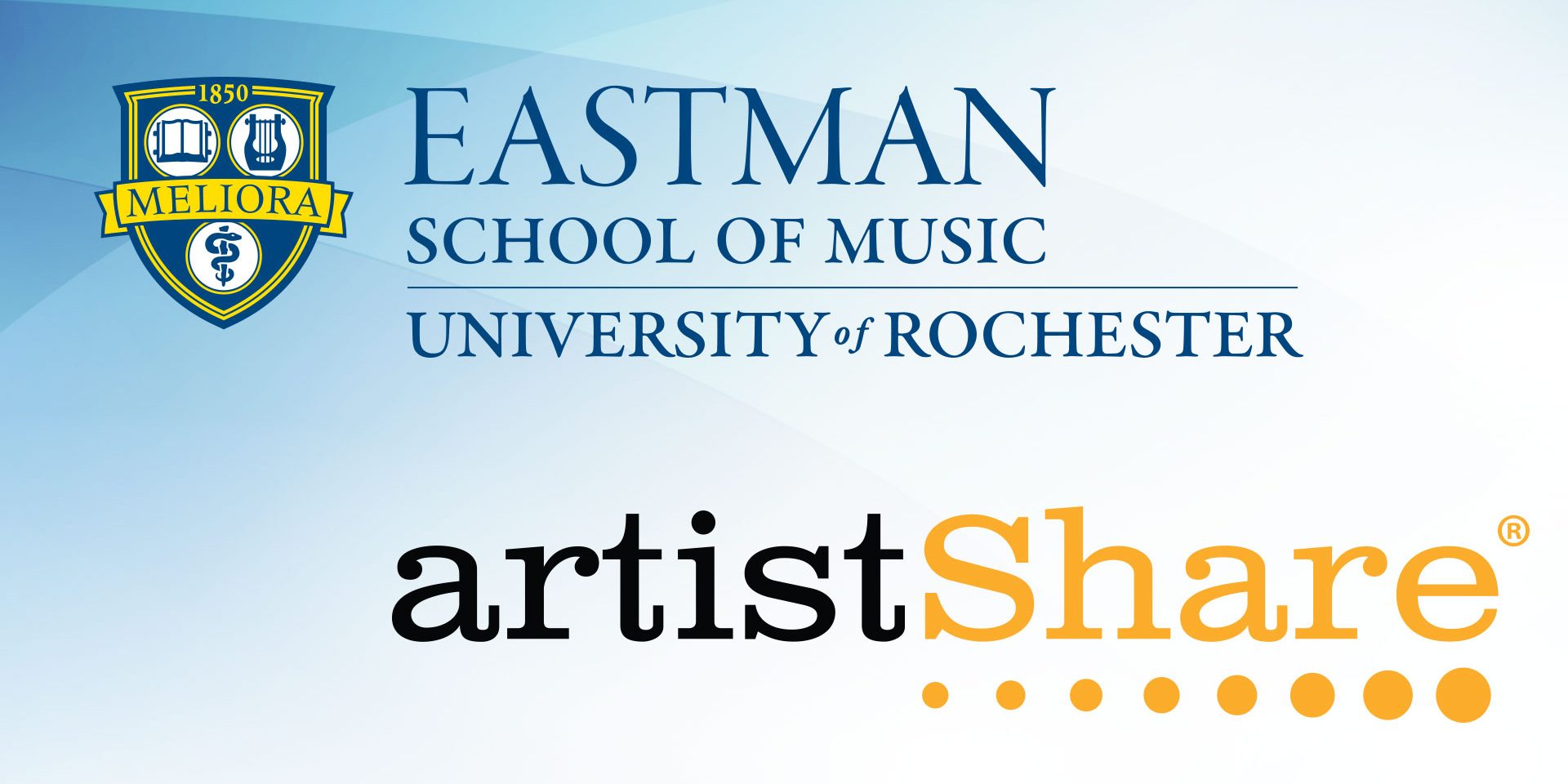 Students and recent alumni of the University of Rochester’s Eastman School of Music will now have an opportunity to join a very special family of professional artists. 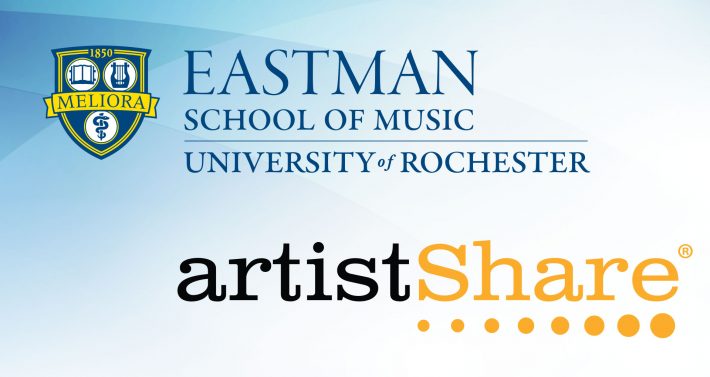 Eastman and ArtistShare have announced an exclusive partnership to recognize and support the career and artistic development of exceptional Eastman students and alumni.

ArtistShare, founded in 2001 as the Internet’s first “crowdfunding” platform for creative artists, will promote competitively selected Eastman musicians through the Eastman/ArtistShare New Artist Program, providing featured billing on the ArtistShare and Launchpad websites, professional career and marketing services, creative project support, and the opportunity for world-wide release of their recordings on the ArtistShare label.

The ArtistShare roster includes some of today’s most prestigious artists, including Pulitzer Prize- and Oscar-nominated writers, Guggenheim fellowship recipients, Doris Duke Foundation Recipients, Grammy winners, and NEA Jazz Masters.  Since the launch of its first project in 2003, ArtistShare projects have received countless awards and accolades including 10 Grammy awards and 29 Grammy nominations.

Eastman students and alumni who are chosen through a competitive process as Eastman/ArtistShare New Artists will share and continue an impactful relationship with an esteemed group of colleagues, including composer Maria Schneider, an Eastman alumna. Schneider, ArtistShare’s first artist, was also the first to win a Grammy for a recording with Internet-only sales, Concert in the Garden.

Brian Camelio, CEO of ArtistShare, indicated that Eastman is the obvious choice for an exclusive partnership with a leading music school. “Since our launch in 2003, ArtistShare has been committed to creating vibrant relationships between artists and fans, where creative excellence, creative freedom, transparency, and sustainability are of highest value,” he said. “We are thrilled to now collaborate with the esteemed Eastman School of Music, enabling their wonderful students to develop their valuable audience relationships, and ultimately, to realize their creative dreams.”

This new program complements and expands the career resources available to Eastman students and graduates, including the Institute for Music Leadership Grants and Mentorship Program, The Arts Leadership Program, The Paul Judy Center Grants, internships, fellowships, courses, and certificate programs both on campus and online.

Jamal Rossi, the Joan and Martin Messinger Dean of the Eastman School of Music, stated, “As a school that embraces artistry, creativity, and innovation combined with entrepreneurial moxie, Eastman is thrilled to partner with a business that exemplifies these very qualities in the professional music world. We are excited by the unique platform that will be afforded to our students and alumni, as well as by the creative ideas that they will bring to ArtistShare.”

As a fully comprehensive professional school of music, Eastman offers five majors within the Bachelor of Music degree, in addition to master’s and doctoral programs in classical and jazz performance, composition, conducting, education, theory, and musicology, all of which are considered to be among the finest in the world. Eastman graduates achieve the highest levels of musicianship skills and entrepreneurial savvy, and emerge ready to take on the challenges of a professional career.