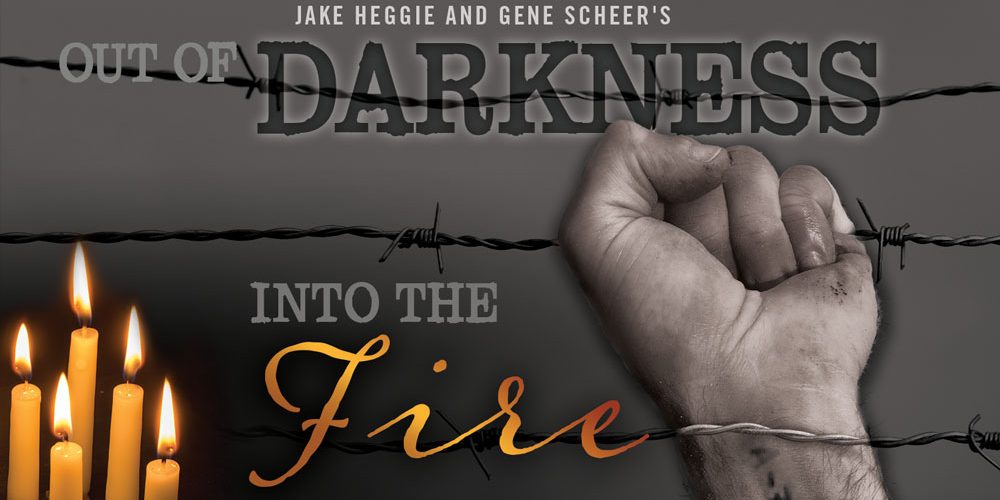 Two works of loss and survival by American composer Jake Heggie and librettist Gene Scheer, one of today’s most celebrated creative teams for the lyric stage, will be presented by Eastman Opera Theatre starting Feb. 2. 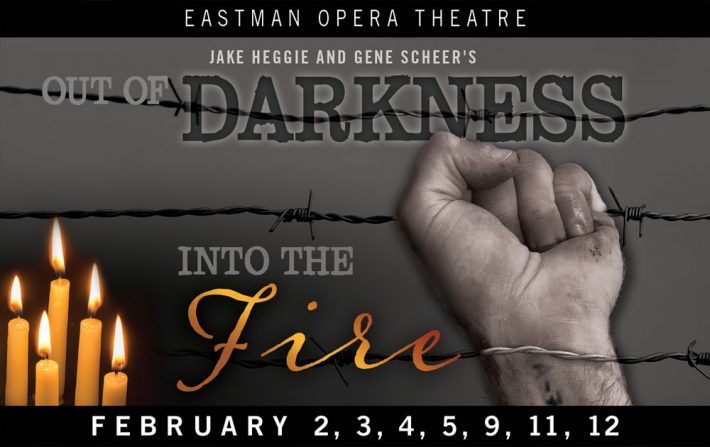 Out of Darkness and Into the Fire are based on real people and their own descriptions of their tragic experiences. Out of Darkness, being produced for the first time since its May 2016 premiere in Seattle, reveals two intimate stories about the Holocaust and its toll on human life and love. Into the Fire is an evening of selected chamber works by Heggie, exploring themes of human connection and isolation and including a song cycle based on the life of sculptor Camille Claudel. The two works will be presented on alternate days.

In Out of Darkness¸ Heggie and Scheer convey the scope of the Holocaust through the intimate stories of survivors Krystyna Zywulska and Gad Beck. Zywulska was a Polish Jew who hid her identity and worked in the underground resistance. Arrested by the Gestapo and sent to Auschwitz as a political prisoner in 1943, she wrote poetry and songs that she shared with fellow prisoners and in 1946 published the book I Survived Auschwitz. Beck was a homosexual German Jew whose lover, poet Manfred Lewin, was killed at Auschwitz. Gad was able to escape to Switzerland, where he helped others escape.

Claudel, who was born in 1864 and died in 1943, was a creative genius and Rodin’s lover who struggled to be known on her own. She was confined to a mental hospital, some felt unnecessarily, for the last three decades of her life. Some of Scheer’s poetry for Into the Fire is drawn from Claudel’s letters and journals. The work also includes excerpts from the Heggie song cycles From the Book of Nightmares, The Deepest Desire, and Here and Gone.

Both Scheer, who is an Eastman School of Music graduate, and Heggie will be in residence at Eastman during the week of January 16 to work with Eastman Opera Theatre’s artistic team, singers, and the orchestra musicians for the production.

Scheer and Heggie have collaborated on many projects, including the critically acclaimed opera Moby-Dick; the opera Three Decembers and the choral opera The Radio Hour ; and the lyric drama To Hell and Back. The duo also worked on an operatic adaptation of It’s a Wonderful Life, which received its world premiere by Houston Grand Opera in December 2016.

Heggie’s other operas include Dead Man Walking, Great Scott, and At the Statue of Venus. He has also composed more than 250 art songs as well as concerti, chamber music, and choral and orchestral works. A Guggenheim Fellow, Heggie has served as a mentor for the Washington National Opera’s American Opera Initiative and is a frequent guest artist at universities, conservatories, and festivals. He has worked as a composer and pianist with some of the world’s most loved singers, including sopranos Kiri Te Kanawa and Renée Fleming; mezzo-sopranos Joyce DiDonato, Susan Graham, and Frederica von Stade; Broadway stars Patti LuPone and Audra McDonald; tenors William Burden, Stephen Costello, and Jay Hunter Morris; baritones Nathan Gunn, Bryn Terfel, and others. He was recently awarded the prestigious Eddie Medora King prize from the University of Texas Austin Butler School of Music.

Scheer, who received his bachelor’s and master’s in music degrees at Eastman in 1981 and 1982, respectively, was nominated for a Grammy Award for his work with composer Steven Stucky on the oratorio August 4th, 1964. He has worked as a librettist with Tobias Picker on the operas An American Tragedy and Thérèse Raquin.  Other collaborations include the lyrics for Wynton Marsalis’s It Never Goes Away and the operas Cold Mountain with composer Jennifer Higdon and Everest with Joby Talbot.

Both Out of Darkness and Into the Fire will be staged in the Eastman School of Music’s Opera Studio, Room 804 in the Annex, and seating is very limited. Stage directors for the production are Stephen Carr and Steven Daigle, and music director is Wilson Southerland.