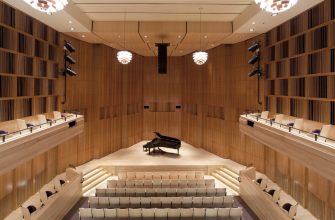 On Thursday, Nov. 3, at 8 p.m., the Eastman School of Music welcomes guest artists Paola Prestini, composer, Jeffrey Zeigler, cello, and Molly Barth, flute, to Hatch Recital Hall for a concert of new music. The program will feature two new works with electronics by Prestini played by Zeigler, and Barth will perform a new work for solo flute by Luca Cori and music by Eastman faculty composer Ricardo Zohn-Muldoon.

Prestini is “the enterprising composer and impresario” (New York Times) behind the new Brooklyn venue National Sawdust and the ”Visionary-In-Chief” (Time Out NY) of the production company VisionIntoArt (VIA), home to VIA Records. Her compositions are deemed “radiant… amorously evocative” by the New York Times, and ”spellbinding” by the Washington Post. She has collaborated with poets, filmmakers, conservationists, and astrophysicists in multimedia works that have been commissioned by Carnegie Hall, the New York Philharmonic, and the Kronos Quartet, and have premiered at BAM, the Krannert Center, the Walker Art Center, and Celebrate Brooklyn. Her music is released on VIA Records, Innova, and Tzadik. She studied at the Juilliard School and was a Paul and Daisy Soros Fellow for New Americans.

Zeigler is one of the most versatile cellists of our time. Known for his independent streak, he has commissioned dozens of works, and is admired as a potent collaborator and unique improviser. He is described as “fiery” and a player who performs “with unforced simplicity and beauty of tone” by the New York Times. In fall 2014, Zeigler released his first solo album, Something of Life. A collaborative release with Innova Records and VisionIntoArt Records, the album features world premiere recordings of works by Philip Glass, Glenn Kotche, Felipe Perez Santiago, Paola Prestini, Gity Razaz, and John Zorn. Zeigler was the cellist of the internationally renowned Kronos Quartet for eight seasons. Prior to that, he was the cellist of the award-winning Corigliano Quartet for six seasons. He holds degrees from the Eastman School of Music and Rice University with additional studies at Indiana University and the Britten-Pears School in Aldeburgh, England. Zeigler is on the cello faculty at Mannes College The New School For Music and has been published on John Zorn’s ARCANA series and is a regular contributor to the blog “CelloBello” and to “Q2” of WQXR.

Described as “ferociously talented” (The Oregonian), Grammy-Award winning flutist Barth specializes in the music of today. In demand as a soloist, Barth has recently performed in Australia, Korea, and Mexico and has played solo recitals and led clinics at esteemed institutions around the United States. As a founding member of the new music sextet Eighth Blackbird from 1996-2006, Barth won the 2007 “Best Chamber Music Performance” Grammy Award, recorded four CDs with Cedille Records, and won the 2000 Naumburg Chamber Music Award and first prize at the 1998 Concert Artists Guild International Competition. Before assuming her teaching position at the University of Oregon, Barth taught at Willamette University and held residencies at the University of Chicago and at the University of Richmond. She is a graduate of the Oberlin College-Conservatory of Music, Cincinnati Conservatory of Music, and Northwestern University School of Music.

This program is sponsored by the Composition Department, the Cello Studio, the Flute Studio, and the All-Eastman Events Committee.