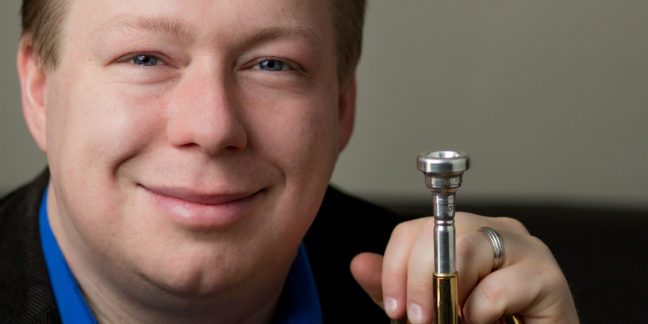 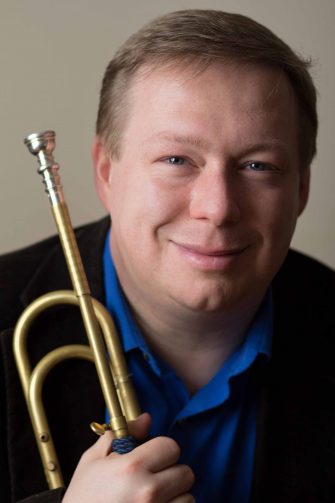 Baroque trumpet virtuoso Brian Shaw presents the next Third Thursday Concert on Eastman’s Italian Baroque Organ at the Memorial Art Gallery Thursday, Nov. 17, at 7:30 p.m.  The program explores the solo trumpet repertoire of the Italian Baroque, from the mid-17th century to the early 18th century.

Shaw’s program includes music by trumpeter Girolamo Fantini (1600-1675), who was central in the early development of the trumpet as a solo instrument in Italy. Fantini published one of the first-known trumpet-playing methods in 1638, and was widely known for his skill on the instrument. Other featured composers include Giovanni Buonaventura Viviani, Girolamo Frescobaldi, Tomaso Albinoni, and Alessandro Scarlatti.

Shaw will be joined by Naomi Gregory, organ, Boel Gidholm, baroque violin, and Ekaterina Gorlova, soprano. Gregory is a PhD student in musicology at the Eastman School of Music; she received her DMA in organ performance at the school in 2014.  Gidholm is co-artistic director of Publick Musick, a Rochester-based period instrument ensemble specializing in vibrant, historically informed performances of music from the 17th and 18th centuries and beyond. Gorlova is a senior voice major at Eastman in the studio of Professor of Voice Anthony Dean Griffey. Shaw will also be joined by the Eastman Baroque Trumpet Ensemble, composed of students Aric Kline, Dean Oaks, David Puchkoff, Matthew Suckling, and Jared Wallis.

Shaw is the Carruth Associate Professor of Trumpet and Jazz Studies at Louisiana State University. He is also Principal Trumpet of the Baton Rouge Symphony, Co-Principal Trumpet of the Dallas Winds, and enjoys an international performing career on modern and Baroque trumpets. Described in the book Fanfares and Finesse as epitomizing “the versatile twenty-first century trumpeter,” Shaw has recently toured Europe with the Boston Early Music Festival Orchestra, was the only American Baroque trumpet soloist featured in the final concert of the 2014 International Trumpet Guild Conference, and performed as a soloist with the Hong Kong Wind Philharmonia. His critically acclaimed solo recordings include redshift, on which he is accompanied by the Dallas Wind Symphony, and his 2008 Baroque album, Virtuoso Concertos for Clarino. As a jazz trumpet player, Shaw plays regularly with the LSU faculty trio and also leads a big band every December. Shaw continues his work as co-author on a biography of legendary jazz trumpeter and composer Kenny Wheeler, titled Song for Someone, which will be published by Equinox Books, London. He is a Yamaha Performing Artist.

Third Thursday Concerts with Eastman’s Italian Baroque Organ are free with gallery admission (half-price on Thursday evenings, and free to UR students, faculty, and staff). Seating is unreserved and available on a first-come, first-served basis. The series is supported by the Joseph Rippey Endowed Trust.