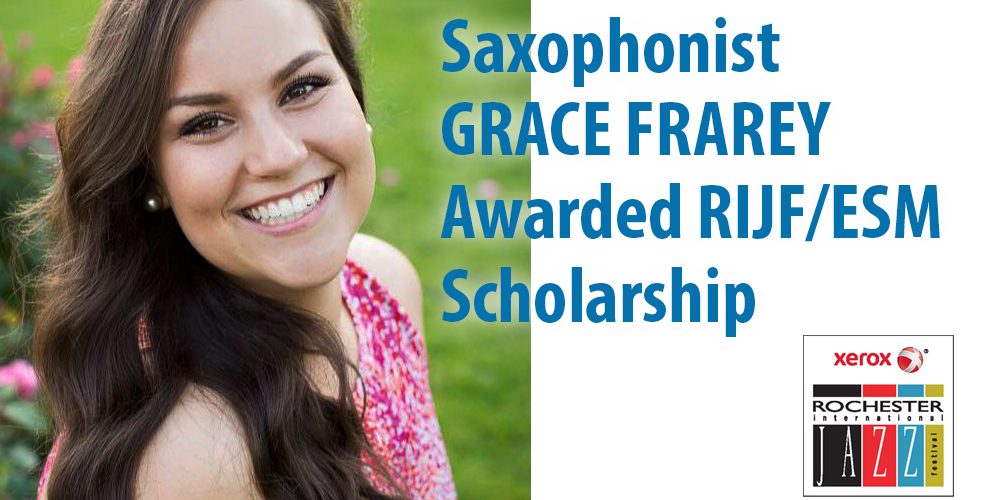 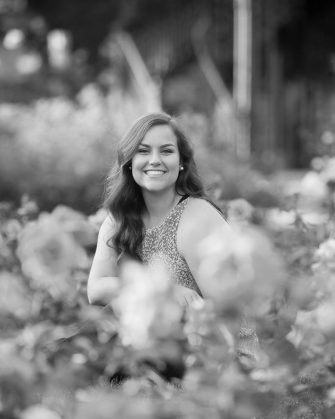 The scholarship program is sponsored by Xerox Rochester International Jazz Festival producers John Nugent and Marc Iacona and is funded by proceeds from the annual Festival. The awards support continued jazz education for area high school students who have studied at the Eastman Community Music School (ECMS) and are part of the Festival’s mission to invest in the next generation of musicians.

Frarey, who has appeared in the jazz festival since 2013 as lead saxophonist for the Canandaigua Academy Jazz Band, will be recognized on Monday, June 27, at the free annual RIJF/ESM Scholarship concert at 7:30 p.m. on the Jazz Street Stage.

A 2016 graduate of Canandaigua Academy, Frarey discovered her passion for the saxophone at age 10. She has been studying with Doug Stone at ECMS and performing with the school’s Szfourzando Saxophone Quartet. Frarey has participated in music institutes since she was 12, attending programs at  Crane Youth Music, Eastman Wind Ensemble Camp, Eastman Summer Saxophone Institute and Summer Jazz Studies, and the New York State Summer Music Festival.

The winner of the 2016 Finger Lakes Symphony Orchestra Concerto Competition, Frarey received an honorable mention in the 2015 Rochester Philharmonic League Youth Competition. She has performed in the 198th Army Band Competition and the George Reed Jazz Foundation Competition.

In addition to her music activities, Frarey has run cross country for three years and was captain of the 2015 Canandaigua Academy Cross Country Team.