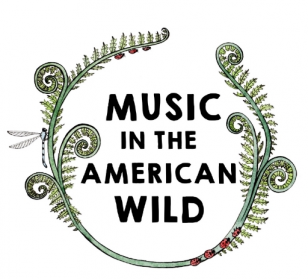 The University of Rochester was awarded a $20,000 National Endowment for the Arts grant to support Music in the American Wild, a commissioning, touring, and recording initiative featuring Eastman School of Music composers and performers.

Over the summer, seven Eastman musicians will perform the music of 11 Eastman composers in seven national parks and a variety of venues around the country. Music in the American Wild will bring brand-new works inspired by such locations as Mammoth Cave National Park, Great Smoky Mountains National Park, the Smithsonian American Art Museum, and Mount Ranier National Park to the very sources of their inspiration.

The award to Music in the American Wild is among 51 Imagine Your Parks projects receiving grants totaling $1,067,500 that were announced today by the National Endowment for the Arts and the National Park Service.

“As part of the NEA’s 50th anniversary, this year we are celebrating the magnificence of America’s national cultural treasures through art,” said NEA Chairman Jane Chu. “The Imagine Your Parks grant program unites our mission with the National Park Service by connecting art projects with the natural, historic and cultural settings of the National Park System and will inspire a new generation to discover these special places and experience our great heritage.”

“The ‘Imagine Your Parks’ grants are really helping us celebrate the NPS Centennial and the NEA’s 50th Anniversary with some incredibly diverse and interesting projects that continue to inspire more Americans of all backgrounds to connect with their national parks,” said National Park Service Director Jonathan B. Jarvis. “The grants already awarded are already demonstrating the success of the program through a variety of inspiring projects. A new generation of artists is connecting to national parks through their work, and motivating others to do the same.”