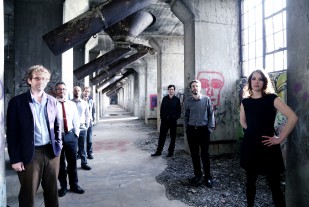 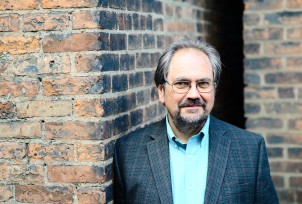 This year’s Warren and Patricia Benson Forum on Creativity at the Eastman School of Music will feature a symposium, workshop, and concerts that engage the artistic partnership and interests of Warren and Pat Benson in the arts, poetry, languages, history, and cultures. The forum, which will take place from Thursday, April 28 through Saturday, April 30, will feature the new music ensemble Deviant Septet, performing original compositions by David Liptak, Caroline Shaw, and Warren Benson, along with a world premiere by Eastman professor Brad Lubman, and Esa-Pekka Salonen’s thrilling Catch and Release.

David Liptak, Eastman professor of composition and director of the Benson Forum, says: “The Warren and Patricia Benson Forum supports important opportunities for student composers at the Eastman School of Music, and it offers unique possibilities for collaborative artistic work to be part of our community. The 2016 Forum is no exception, as it supports the creation, discussion, and performance of six new works from composers at Eastman in collaboration with Deviant Septet, a professional ensemble whose mission is the creation of a living musical repertory for the septet of instruments featured in Stravinsky’s seminal music theater piece l’histoire du Soldat. In this, it brings together music and drama in new and imaginative ways, expanding Stravinsky’s vision.” Deviant Septet’s members are Bill Kalinkos (clarinet, Executive Director), Mike Gurfield (trumpet, Artistic Director), Courtney Orlando (violin), Brad Balliett (bassoon), Doug Balliett (double bass), David Nelson (trombone), and Jared Soldiviero (percussion).

The schedule of public events for the Benson Forum includes:

Warren Benson (1924-2005) is best known for his innovative and expressive music for wind ensemble and his finely wrought song cycles. His major works include The Leaves Are Falling (1964), The Solitary Dancer (1966), The Passing Bell (1974) and Symphony II-Lost Songs (1983). Benson created compositions for band and wind ensemble that are masterworks in the repertoire and acclaimed as “among the most important of this century” (United States Marine Band, Bicentennial Collection). His fondness for contemporary poetry led him to write a large body of solo vocal music, much of it for voices with instruments. Benson set to music the poetry of Tennessee Williams, Kenneth Patchen, May Swenson, Earle Birney, Octavio Paz, and perhaps most memorably, Louise Bogan (Five Lyrics of Louise Bogan [1977], for mezzo-soprano and flute), along with Shadow Wind (1968; revised 1992/93), also a masterpiece in its revised version for mezzo-soprano and wind ensemble.