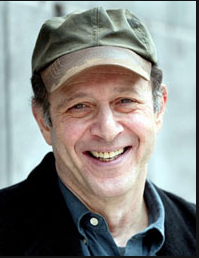 Eastman School of Music is pleased to welcome back world-renowned composer Steve Reich for a concert by the ensemble Musica Nova featuring three of Reich’s recent works. The performance will be held at Kilbourn Hall on Wednesday, March 30, 2016, at 8:00 pm.

Associate Professor of Conducting and Ensembles Brad Lubman will lead the student group in the program, which is free and open to the public. The concert opens with the two performer piece Clapping Music, featuring Reich and Lubman.  The performance will also include Quartet for Two Pianos and Two Vibraphones, as well as the first Rochester performance of Radio Rewrite, based on music by Radiohead. The concert will close with Double Sextet, Reich’s 2009 Pulitzer Prize-winning composition. Lubman also conducted the world premiere of Radio Rewrite with the London Sinfonietta at Royal Festival Hall in 2013, as well as with Ensemble Signal at the Big Ears Festival in Knoxville, Tennessee in 2014. Ensemble Signal, a group based in New York which includes several Eastman alumni, also recently recorded Radio Rewrite, to be released with Double Sextet on the Harmonia Mundi label later this year.

“This concert gives students a wonderful opportunity to play some great repertoire of our time, as well as the chance to work with one of our greatest and most important composers, Steve Reich,” said Lubman.

Often referred to as “our greatest living composer” (New York Times), Reich will also be recognized with a honorary doctorate degree from Eastman for lifetime achievement during his visit to Rochester. Additionally, Reich will be leading a separate workshop for composition students.

Having worked closely with Reich since 1996, Lubman holds an intimate knowledge of his music. His long-standing relationship with Reich has included numerous world premieres and recordings including performances with ensembles such as the London Sinfonietta, Ensemble Modern, Steve Reich and Musicians, and Ensemble Signal, in venues ranging from The Barbican and Carnegie Hall to Tokyo Opera City and Le Poisson Rouge.

From his early taped speech pieces It’s Gonna Rain (1965) and Come Out (1966) to his and video artist Beryl Korot’s digital video opera Three Tales (2002), Mr. Reich’s path has embraced not only aspects of Western Classical music, but the structures, harmonies, and rhythms of non-Western and American vernacular music, particularly jazz.  “There’s just a handful of living composers who can legitimately claim to have altered the direction of musical history and Steve Reich is one of them,” (The Guardian).  In 2009, Steve Reich was awarded the Pulitzer Prize in Music for his composition Double Sextet.  Mr. Reich was also awarded the Praemium Imperiale award in Music (2006) and The Polar Prize from the Royal Swedish Academy of music, among many other prestigious recognitions.

The Eastman Musica Nova Ensemble has been under the direction of Brad Lubman since 1997.  Since that time, the ensemble has consistently performed a diverse variety of music by the greatest composers of our time, including Reich, Boulez, Adams, Ligeti, Birtwistle, Knussen, Rihm, and Haas, in addition to some of the classic works of early 20th century literature by Schoenberg, Webern, and Varèse.  Former students from Musica Nova have gone on to become members of some of the most important professional ensembles, like the JACK Quartet, Alarm Will Sound, the MIVOS Quartet, and Ensemble Signal.

Free and open to the public