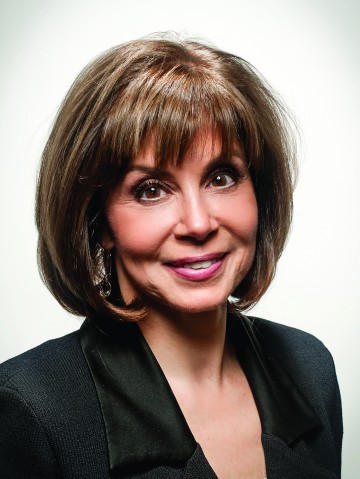 JoAnn Falletta, Music Director of the Buffalo Philharmonic Orchestra, who has been hailed as “…one of the finest conductors of her generation” by the New York Times, will be visiting the Eastman School of Music to present a lecture as part of the Glenn E. Watkins Series on February 29 from 3 to 4 p.m.. in Hatch Recital Hall.   Her lecture will focus on “The Musician as Citizen”. The lecture is free and open to the public.

Roger Freitas, Associate Professor of Musicology, said: “I am very excited for the upcoming visit to Eastman of Ms. Falletta, music director of the Buffalo Philharmonic and Virginia Symphony Orchestras.  Becoming a successful orchestral conductor today surely demands a rare combination of talent, hard work, and tenacity.  Becoming a successful female orchestral conductor—a position still largely reserved to men—can only have required richer stores of determination and resilience.  JoAnn Falletta will certainly bring us important insights into her profession. I look forward to hearing her thoughts on the essential skills necessary for musicians today, and her impressions of the contemporary world of classical music and its performers.”

Since stepping up to the podium as Music Director of the Buffalo Philharmonic Orchestra in 1999, Maestro Falletta has been credited with bringing it to a new level of national and international prominence. During her tenure, the Orchestra’s budget has grown by 25 percent and subscriptions have reached record levels. Under her direction, the BPO is continuing its trajectory as one of the most recorded orchestras in America. In addition to receiving two Grammy awards and six nominations, Falletta and the BPO have garnered numerous ASCAP awards, including the top award for Adventurous Programming in 2011, 2013, and 2014; two acclaimed Carnegie Hall performances in 2004 and 2013; two highly successful Florida tours; the establishment of the orchestra’s own Beau Fleuve label; the founding of the JoAnn Falletta International Guitar Concerto Competition in partnership with WNED; and the national and international broadcast of BPO concerts on NPR’s Performance Today, SymphonyCast, and the European Broadcasting Union. Other recent broadcasts include a nationally televised PBS special, Bernstein’s Ode to Freedom, featuring Ms. Falletta as host, and a PBS special of Vivaldi’s Four Seasons, with Mark O’Connor and Catherine Cho.

The Glenn E. Watkins Lecture was established in 2003 by Eastman School of Music alumnus Glenn E. Watkins to bring an exceptional lecturer in the field of music and related humanistic disciplines to speak at the School.  Watkins received his Ph.D. in musicology at the Eastman School of Music in 1953 and is considered one of the most distinguished musicologists of our time. His scholarly impact ranges from his pioneering studies of Renaissance composer Carlo Gesualdo to his influential books on musical modernism, its postmodern consequences, and music in World War I.  An Honorary Member of the American Musicological Society, Watkins is the Earl V. Moore Professor Emeritus of Music History and Musicology at the University of Michigan and the 2012 recipient of the University of Rochester’s Distinguished Scholar Award.