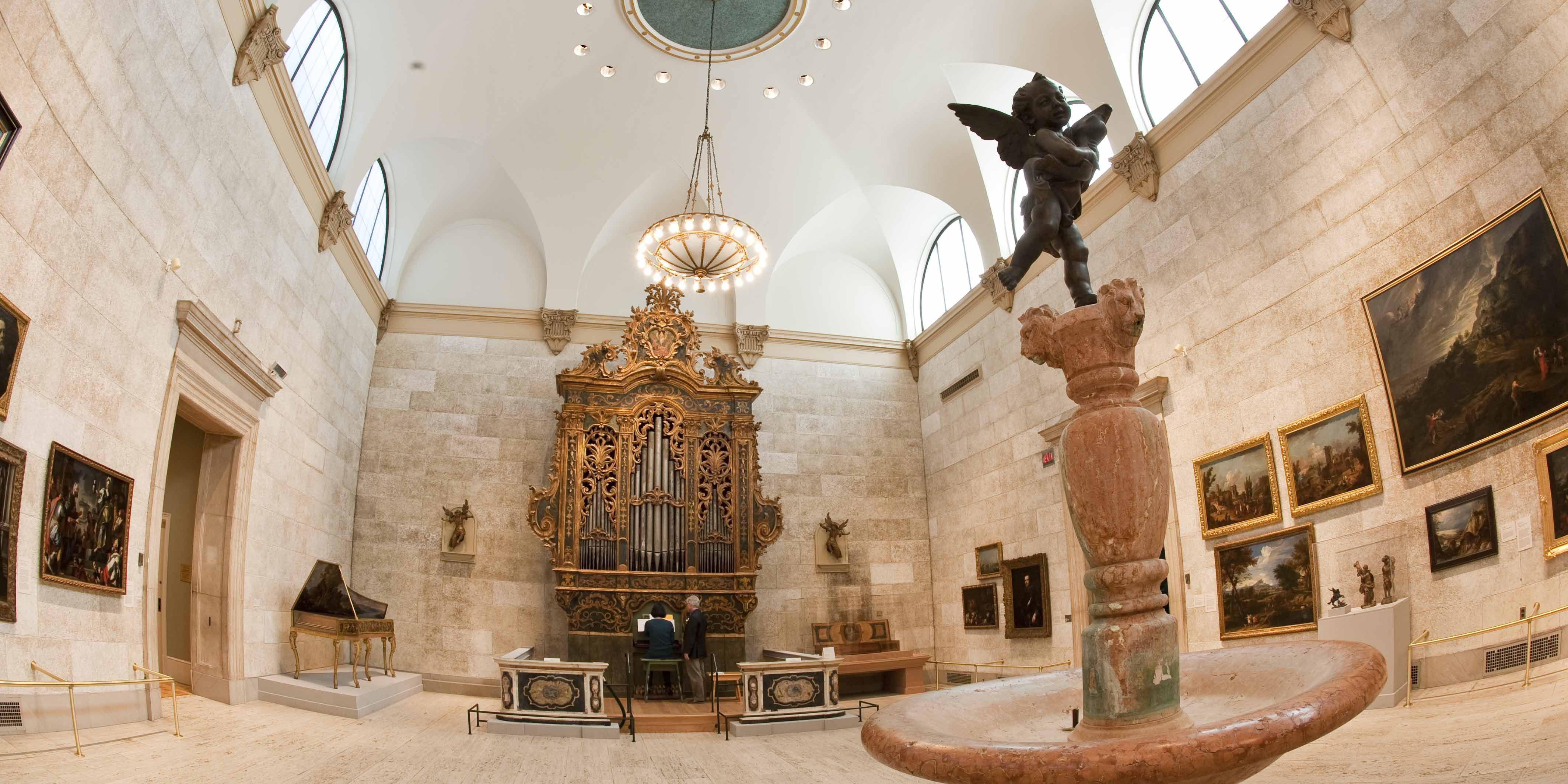 A recital at 7:30 p.m. Thursday, May 21, by Malcolm Matthews, director of music at St. Mary’s Church in downtown Rochester, wraps up the 2014-2015 season of Third Thursday Concerts with Eastman’s Italian Baroque Organ at the Memorial Art Gallery.

Titled “Frescobaldi as Fountainhead: His Music and Influence,” the program will feature works by Frescobaldi, Froberger, Muffat, Pasquini, Quagliati, Rossi, and Storace.

Matthews received his Bachelor of Music degree with Performer’s Certificate at Eastman, and graduated with a master’s degree in both organ and harpsichord performance at Eastman in 2014.

At St. Mary’s Church, Matthews directs a 25-member choir and oversees the music program. In addition, he is an instructor in Eastman’s Organ, Sacred Music, and Historical Keyboards Department. He frequently accompanies students, collaborating with a variety of instruments from brass and winds to strings on repertoire including works from 1600 to the present. He also consistently works as a continuo player on the harpsichord for solo instrumentalists and ensembles such as the Canandaigua Chamber Ensemble and Eastman’s Collegium Musicum directed by Paul O’Dette.