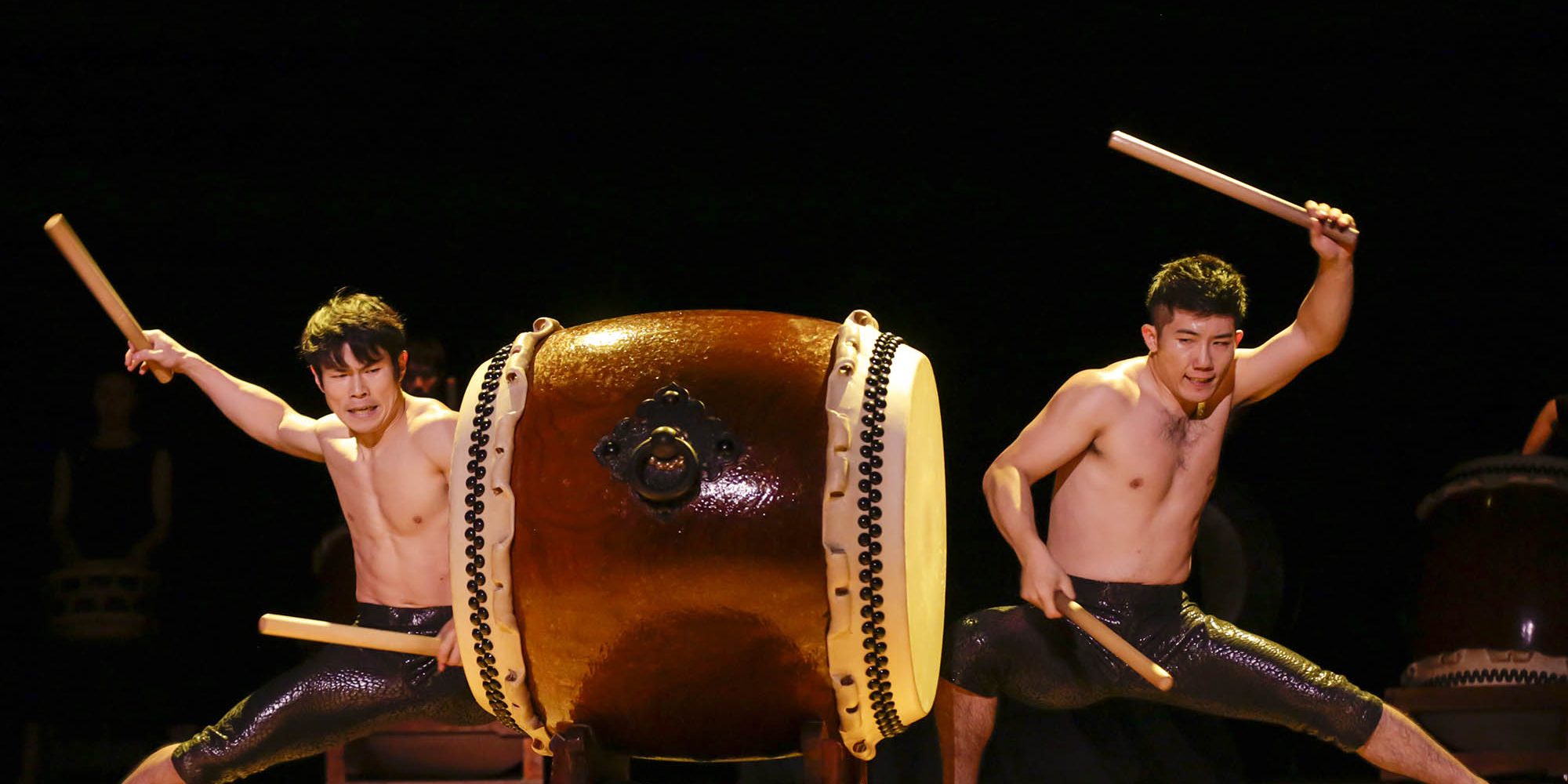 Exploring the limitless possibilities of the traditional Japanese drum, the taiko, the performing arts ensemble Kodo will perform its “One Earth Tour: Mystery” program in Kodak Hall at Eastman Theatre at 7:30 p.m. on Tuesday, March 3.

Incorporating the group’s legendary drumming with virtuosic dance and instrumental performance, “Mystery” transports the audience to a place that shows the spirit of the Japanese people and their indigenous nature. From colorful undulating serpents to floating orbs of light, the program evokes the mood of splendor and awe found in sacred places. Scenes are inspired by traditional folk dances, along with newly created scenes by Kodo members and pieces from their classic repertoire.

Kodo has received enthusiastic reviews wherever it’s performed. The Chicago Tribune noted, “Superlatives don’t really exist to convey the primal power and bravura beauty of Kodo,” while Time Out London wrote, “Nothing will prepare you for the 1,000-pound drum… the precise timing or the wall of sound.” The Boston Globe said, “…if there is such a thing as perfection in music, Kodo comes as near to it as any group in the world.”

The ensemble’s origins trace back to the student revolts of the early 1970’s with the establishment of a school for traditional Japanese performing arts and crafts on the island of Sado.  In 1981, the group re-launched under the name ‘Kodo’ and made its debut performance at the Berlin Festival.

Since then, the troupe has since given more than 3,700 performances, appearing in sold-out tours on six continents. Kodo spends a third of the year overseas, a third touring in Japan, and a third rehearsing and preparing new material on Sado Island.

“Kodo One Earth Tour: Mystery” is part of the Eastman School of Music’s new “Eastman Presents” series. Tickets range from $20 to $85 and are available at the Eastman Theatre Box Office at 433 Main St.; by phone at (585) 454-2100; or online at eastmantheatre.org.