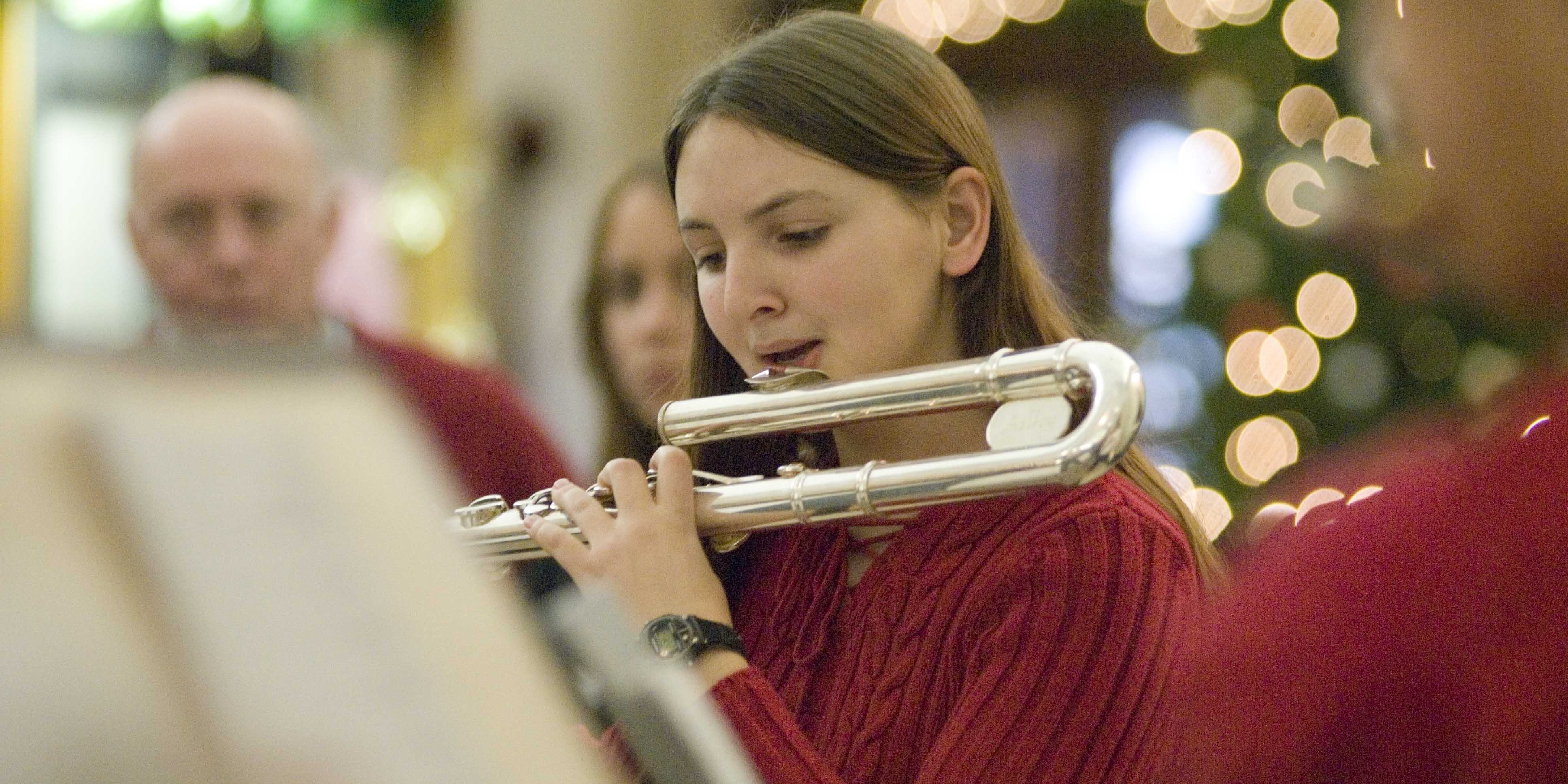 Eastman Community Music School (ECMS) students and ensembles will be showcased during Winter Festival Day on Saturday, Dec. 20. The daylong celebration, which features a series of concurrent performances in several venues on the Eastman School of Music campus, begins at 9:30 a.m.

The performances will feature a wide array of music styles and ensemble types, including holiday favorites on each program.

Since 1998, Winter Festival Day has provided an opportunity for ECMS students of all ages to share music with each other and the public. Over the years, the event has grown tremendously, becoming a tradition for the Rochester community.

All performances are free. Concerts, locations, and times are listed below:

3:30 p.m.:         Advanced Solo Recital, including a performance of the  Community Baroque Players, directed by Christopher Haritatos