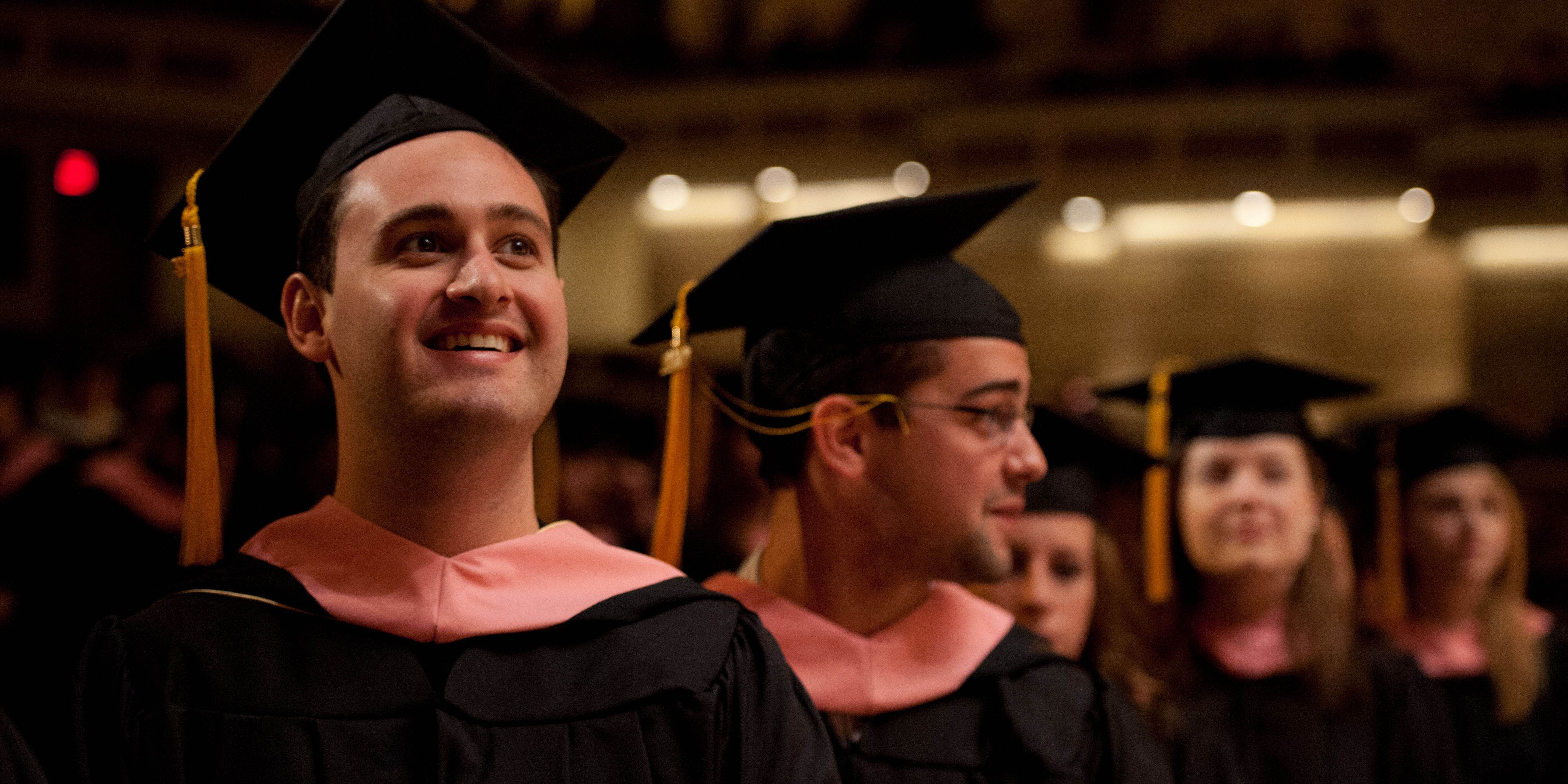 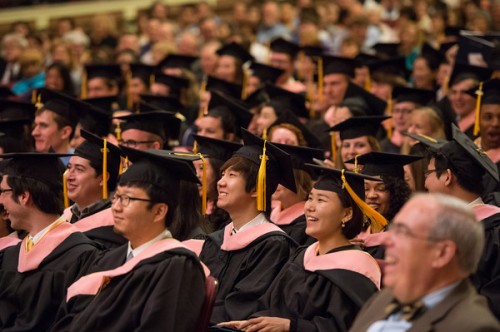 Students will receive their bachelor’s and master’s degrees on Sunday, May 18. The doctoral ceremony for students receiving a DMA or Ph.D. degree will be held on Saturday, May 17.

Samuel Hope, a longtime unceasing advocate for arts education who recently retired as executive director of the National Association of Schools of Music, will return to his alma mater as the commencement speaker for the University of Rochester’s Eastman School of Music graduation on Sunday, May 18.

In addition, Associate Professor of Music Theory William Marvin will receive the University’s Edward Peck Curtis Award for Excellence in Undergraduate Teaching during the ceremony, which starts at 11:15 a.m. in Kodak Hall at Eastman Theatre.

Hope has written and spoken extensively on the arts, education, and evaluation for more than three decades.  From 1975 until his retirement in 2013, he was executive director of the National Association of Schools of Music, the national accrediting organization for the field founded in 1924 by long-time Eastman director Howard Hanson and other collegiate music leaders.

A recognized expert in consensus-based standards setting in music and other art forms, Hope was on the steering committee for the project that resulted in the National Voluntary K-12 Arts Standards of 1994, which was ultimately adopted or adapted by 47 states. He was also an incorporator of the Association of Specialized Professional Accreditors (ASPA) in 1993, and held various volunteer positions with that organization.

Hope has been a consultant to numerous organizations including the RAND Corporation, Music Teachers National Association, European Association of Conservatories, Southwestern University, and the Sibelius Academy of Music. He has received distinguished service awards from ASPA, Ohio and Yale universities, the University of Florida, the Council of Dance Administrators, and the National Association for Music Education, where he is a Lowell Mason Fellow.

Marvin joined the Eastman faculty in 2002 after having taught music theory and aural skills at Oberlin College Conservatory of Music. His work has focused on problems of tonality according to Schenkerian definitions and has been published in Music Theory Online, Journal of Musicology, Intégral, Journal of Music Theory Pedagogy, Theory and Practice, Nineteenth-Century Music Review, and in several books.

From 1997 through 2001, Marvin worked individually with blind students, teaching aural skills and overseeing the rehearsal and performance of an ensemble work for 12 student performers, written by a blind composer and taught completely without notation. He oversees the undergraduate aural musicianship curriculum at Eastman, in which aural musicianship is intimately connected with coursework in written music theory. His curriculum emphasizes immediate recognition, comprehension, and expressive performance of musical material as heard and seen.

Marvin received his master’s and Ph.D. degrees at Eastman in 1994 and 2002. At Eastman, he received both the Edward Peck Curtis Award for Excellence in Teaching by a Graduate Student (1992), and the Outstanding Graduate Teaching Prize (1990). He received his B.A. with highest honors from the State University of New York at Binghamton.