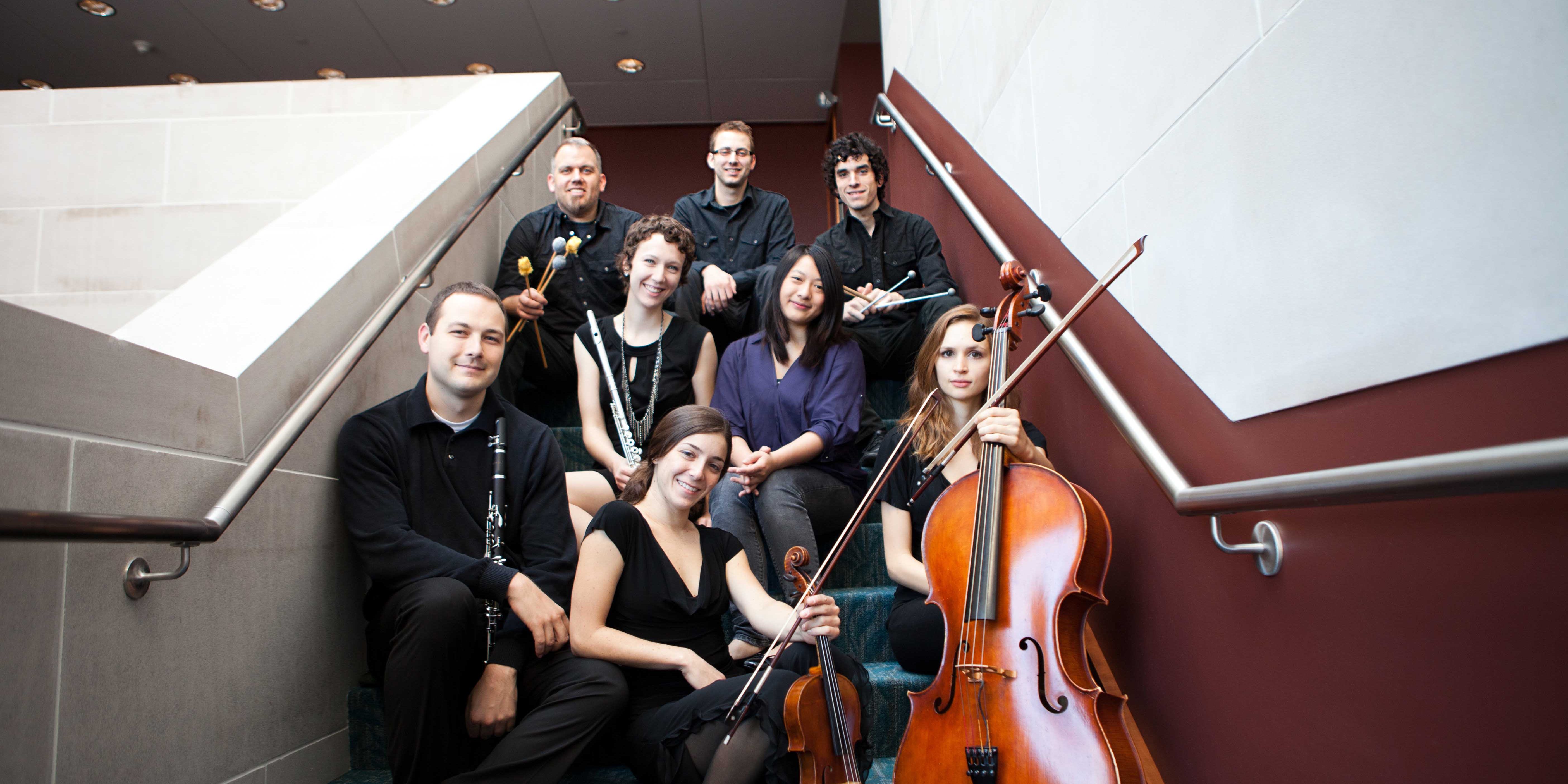 The works of Italo Calvino, one of the most important Italian writers of the 20th century, are the inspiration for a collaborative music-literature-theater project spearheaded by Carlos Sanchez-Gutierrez and Elena Bellina of the Eastman School of Music.

Together with the bilingual New York City–based troupe Kairos Italy Theater and its Artistic Director Laura Caparrotti, the Eastman faculty members created “If on a Winter’s Night a Traveler . . .”, a program of new musical works and staged scenes that will be presented in Rochester and in New York City. Eastman BroadBand, a contemporary chamber ensemble founded by Sanchez-Gutierrez and fellow faculty member Ricardo Zohn-Muldoon at the Eastman School of Music, will perform music inspired by Calvino’s books and written by Eastman composers. Between numbers, Kairos Italy Theater actors Francesco Meola, Francesco Andolfi, and Caparrotti will stage, in both English and Italian, excerpts from Calvino’s fantasy novel The Cloven Viscount exploring the duality of good and evil in human nature.

“If on a Winter’s Night a Traveler . . .” will be presented as part of Eastman’s biennial Warren and Patricia Benson Forum on Creativity at 8 p.m. Friday, April 4, in Hatch Recital Hall.  The program will be reprised at New York University’s Casa Italiana Zerilli-Marimò at 6 p.m. on Monday, April 7. Both presentations are free and open to the public.

“The program, like the book from which its title is taken, represents a fluid act of creativity that constantly transforms itself through the ‘prismatic’ view of seven different composers’ voices and technique,” said Sanchez-Gutierrez. His Trio Variations for Flute, Clarinet, and Piano is one of the works that will be performed. “All the works share the same creative ‘DNA’—actually, a small musical ‘cell’ extracted from my Trio Variations—but each composition generates a distinct musical experience,” he noted.

The remaining works on the program are all world premieres: “Rhapsody on Memos” by Ricardo Acosta; “Folk Tale for Calvino” by Evan Henry; “The Approach to Despina” by Daniel Kohane; “Weightless Vantage” by Zach Sheets; “SOMA” by Aristea Mellos; and “The Distance of the Moon” by Daniel Pesca.

Gutierrez, professor of composition, and Bellina, assistant professor of Italian, conceived the program to mark what would have been Calvino’s 90th birthday last year.  The writer, who died in 1985, was a journalist, short story writer, and novelist and was considered a master of allegorical fantasy. John Updike said of Calvino that “no living author is more ingenious” and critic John Gardner called him “possibly Italy’s most brilliant living writer.”

The musical works written for “If on a Winter’s Night a Traveler . . .” are based on “Six Memos for the Next Millenium,” a series of lectures in which Calvino explored what he considered the qualities of great literature: lightness, quickness, exactitude, multiplicity, and visibility. He died before he drafted a sixth lecture on consistency.

The Warren and Patricia Benson Forum on Creativity was established to encourage an open discussion on the nature of creativity across artistic disciplines, and is made possible by a generous gift from Warren and Patricia Benson. Mr. Benson was professor of composition at Eastman from 1967 to 1993 and was appointed Professor Emeritus in 1994. He died in 2005 at the age of 81. Previous guest artists for the forum have included kinetic sculptor Arthur Ganson, visual artist and MacArthur Fellow Anna Schuleit, and poet Lia Purpura.

KIT-Karios Italy Theater is internationally recognized as New York’s Italian theater company.   Its mission to spread Italian culture and create an Italian culture network has resulted in more than 20 performances and events over the years. KIT has collaborated with such theaters and institutions as The Kitchen, The Fringe Festival, the Abrons Art Center, Film Society of Lincoln Center, Dahesh Museum of Art, New York Hall of Science, the Flea Theatre, Theater for the New City, and others. KIT has presented previously untranslated works by major Italian playwrights to U.S. audiences, and created the Double Theatre Experience, presenting one-act plays first in English and then in Italian in the same evening. KIT also offers workshops on Commedia dell’Arte and other traditional Italian theater techniques. In 2013, KIT inaugurated In Scena! Italian Theater Festival NY, the first Italian Theater festival to take place in all five New York City boroughs.