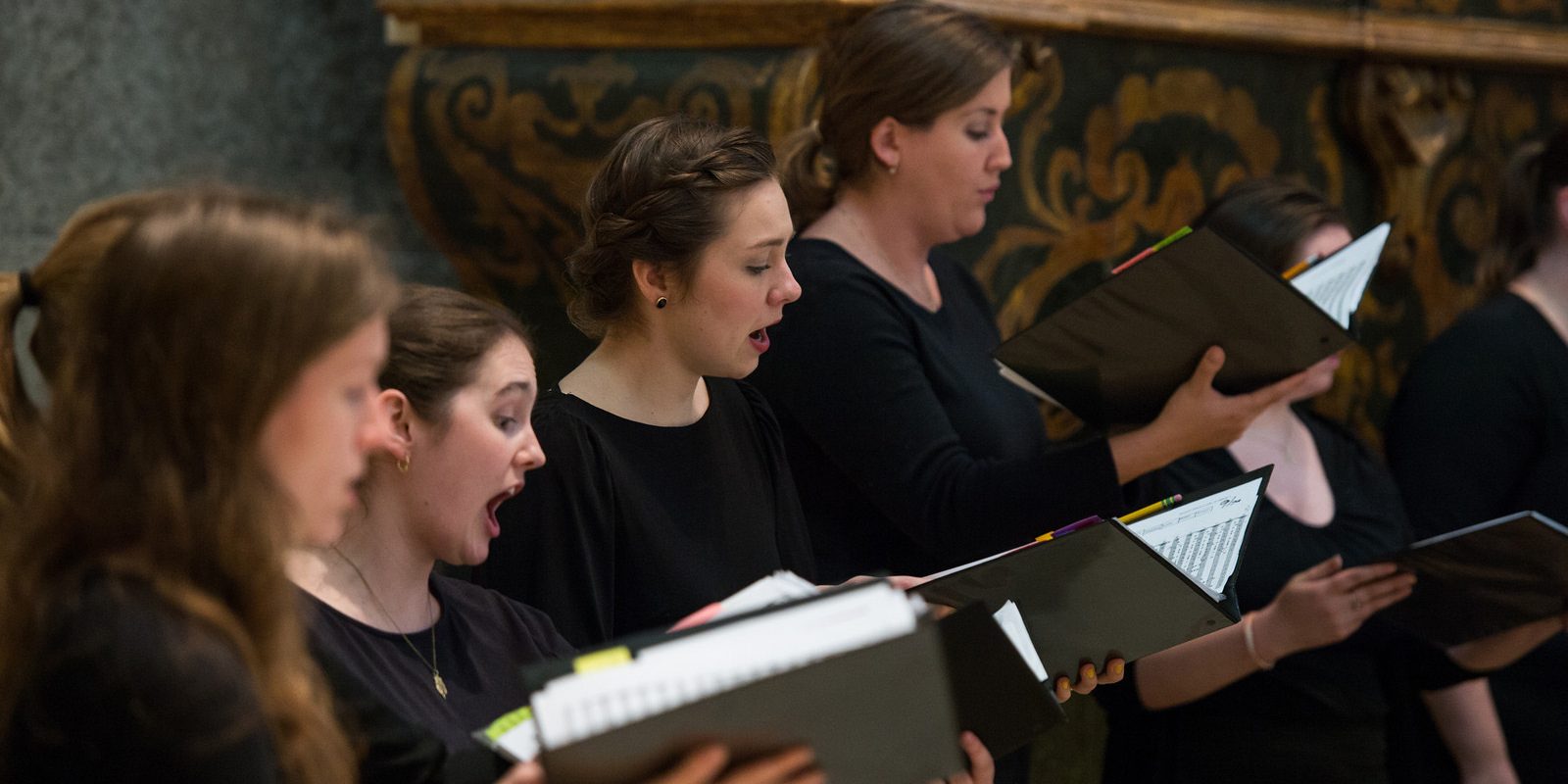 A concert of music from the Middle Ages will provide a preview of the enhanced experience that visitors to the Memorial Art Gallery’s Medieval Gallery will enjoy later this year.

“Echoes of the Middle Ages,” at 7 p.m. Thursday, Feb. 13, in the Gallery’s Fountain Court, features a selection of medieval songs that have been recorded to complement the Gallery’s collections through its web site, on its new mobile app, MAGart, and on an interactive kiosk in the medieval gallery. The music, along with commentary, will also reside on the Eastman School of Music’s web site.

The concert and music installation are part of an interdisciplinary collaboration between the School and the Gallery titled “Sights and Sounds of the Middle Ages,” spearheaded by Assistant Professor of Musicology Michael Alan Anderson and Curator of European Art Nancy Norwood.  The goal, said Anderson, is to provide a glimpse of the sound world that was experienced in connection with objects in the medieval gallery.

“Medieval art was not something to be viewed in a museum; rather, paintings and sculptures of this period were to be used by individuals and groups, whether to focus or elevate their experience of an event in some way,” said Anderson.  “Similarly, pieces of medieval music were not devised as masterpieces to be heard in concert halls; they were more likely to be absorbed as part of a ritual or larger event.  By placing sounds of the Middle Ages alongside visual art of the period, we have aimed to transport the museum audience of today to a time when sonic and visual culture were highly interconnected in the service of larger ends in society.”

Both Anderson and Norwood will provide commentary during the Feb. 13 “Echoes of the Middle Ages” concert. The program features Schola Cantorum of Christ Church, under director Stephen Kennedy, performing sacred works that were used in liturgy, private devotion, and veneration of saints. Admission to the concert is included in Gallery admission (reduced on Thursday evenings).

The music in the “Sights and Sounds” project was recorded last fall by Schola Antiqua, a Chicago-based vocal ensemble co-founded and directed by Anderson that specializes in performing works written before 1600. Much of the music had not been recorded previously.  The music will also be housed in an online archive on the Eastman School of Music website.  The music-only site will offer mp3s, downloadable scores, and historical commentary by Eastman doctoral students in musicology.

The medieval gallery reopened in June 2013 following a complete renovation. The new installation, made possible by a gift from long-time Gallery patrons James and Jacquie Adams, allowed for a completely new installation and interpretation of the art as well as the conservation of objects that had been off view for many years. The gallery presents a breadth of work, ranging from architectural stone sculpture to delicate ivory devotional sculpture. New casework showcases many light-sensitive works, including manuscripts and textiles. The exhibit also features a new acquisition, a tiny 16th-century Italian double triptych with scenes of the Passion of Christ.

The “Sights and Sounds of the Middle Ages” project was funded by the University of Rochester Provost’s Multidisciplinary Award.

“Echoes of the Middle Ages.” Schola Cantorum of Christ Church, Stephen Kennedy, director, with commentary by Michael Alan Anderson of the Eastman School of Music and Nancy Norwood of the Memorial Art Gallery.